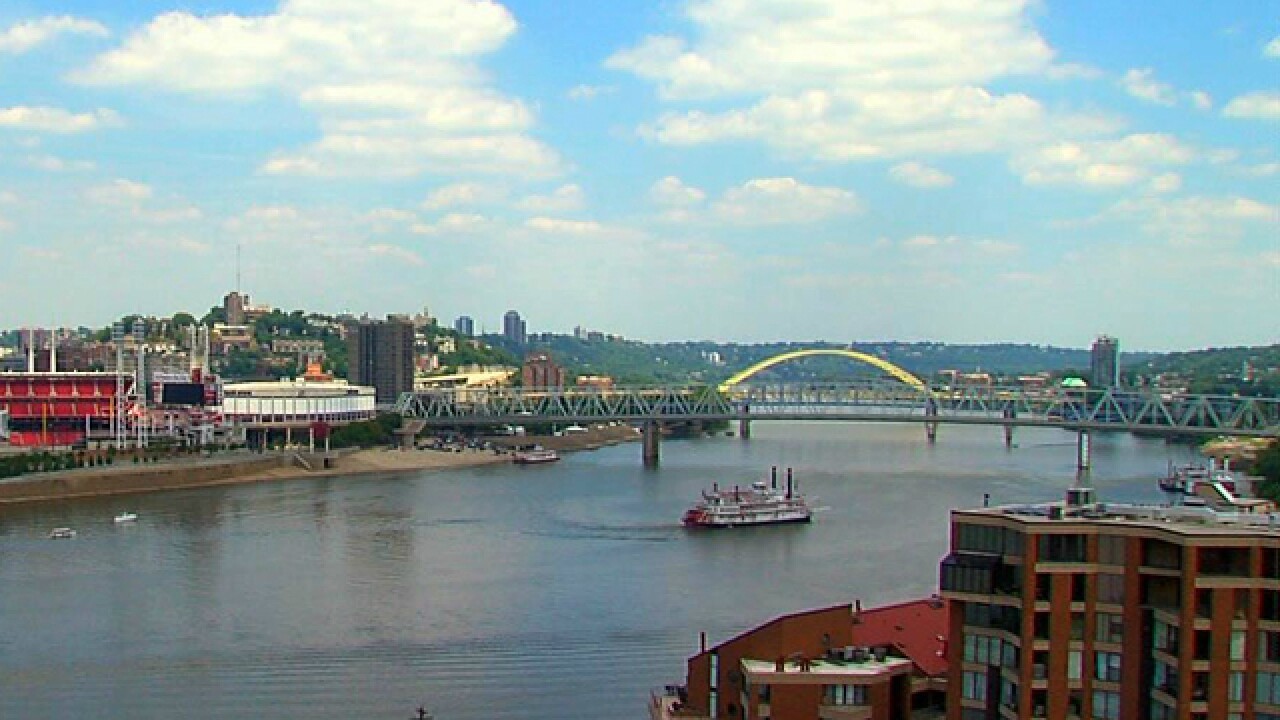 Copyright 2018 Scripps Media, Inc. All rights reserved. This material may not be published, broadcast, rewritten, or redistributed.
<p>A view of the Taylor Southgate Bridge and Daniel Carter Beard Bridge connecting Cincinnati and Northern Kentucky over the Ohio River.</p>

CINCINNATI -- The Ohio River Sanitation Commission (ORSANCO), which sets pollution control standards for the eight states with tributaries flowing into the river, hopes to update those standards for 2018 by cutting most of them and allowing individual states more leeway to make their own decisions.

Environmentally-minded advocates such as those at the Ohio River Foundation worry that means the consequences for other states' decisions will float downstream.

"It's frustrating," said Rich Cogen, executive director of the nonprofit Ohio River Foundation. "It's a pattern ORSANCO has had for the last 15 years, where they've had the opportunity to develop strong standards and strong criteria. Instead, they've waffled or withdrawn from those responsibilities."

The amended standards document released on ORSCANCO's website is more red text than black, and it pares more than 50 pages of regulations down to just one: "The Ohio River shall be free from unisghtly or malodorous nuisances due to floating solids or sludge deposits."

ORSANCO claims its regular oversight is no longer necessary to ensure the states act in accordance with the federal Clean Water Act.

"The Commission has concluded that the requirements of the Compact are being satisfied by member state programs implementing the federal Clean Water Act," the document reads. "By proceeding under this approach the Commission is confident that (sic) public will have the full and complete protection of the federal Clean Water Act the oversight of USEPA (United States Environmental Protection Agency) and the states without the redundancy of the current (pollution control standards) program."

Decisions made in other member states are unlikely to manifest as pollutants in the water that comes out of Cincinnatians' taps, but they could appear on Cincinnatians' bills. Cogen said a state like Pennsylvania choosing to relax its individual pollution control standards would mean water in the Cincinnati region needs to go through more treatment -- which, in turn, costs more money.

ORSCANCO opens itself to public comment every time it changes its pollution control standards. Anyone who wishes to voice an opinion about the amended standards can send an email to PCS@orscanco.org.