He claims councilmembers were pandering for votes 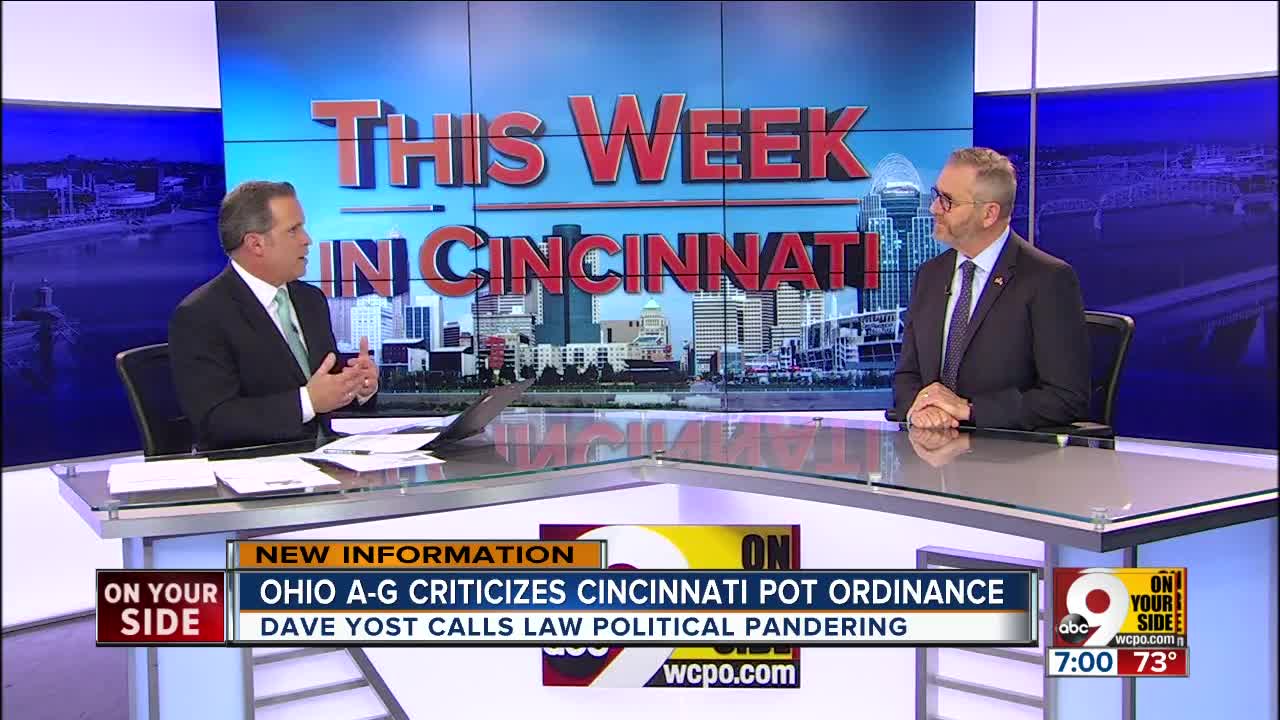 City Council voted 5-3 Thursday to decriminalize possession of up to 100 grams. And there is no age limit on possession. The law takes effect 30 days after the vote.

Yost said state law doesn’t allow anybody to be arrested for possession of up to 100 grams anyway, and the maximum fine for that having amount is $150.

"These laws are symbolic. They're not going to create any new cause of action,” Yost said. “But it shows a disrespect for the law and an arrogance on the part of legislators in a city that want to wrest away from the state the responsibly for making laws. "

Councilmember Jeff Pastor, who co-sponsored the ordinance with Vice Mayor Christopher Smitherman, said he respects Yost but disagrees with his claim that passing the law was just for votes.

"We're certainly not pandering for any votes,” Pastor said in a statement to WCPO. “This is a human issue. This is righting a wrong."

You can see all of McKee’s interview with Yost at 11:30 a.m. Sunday on WCPO’s “This Week in Cincinnati.”