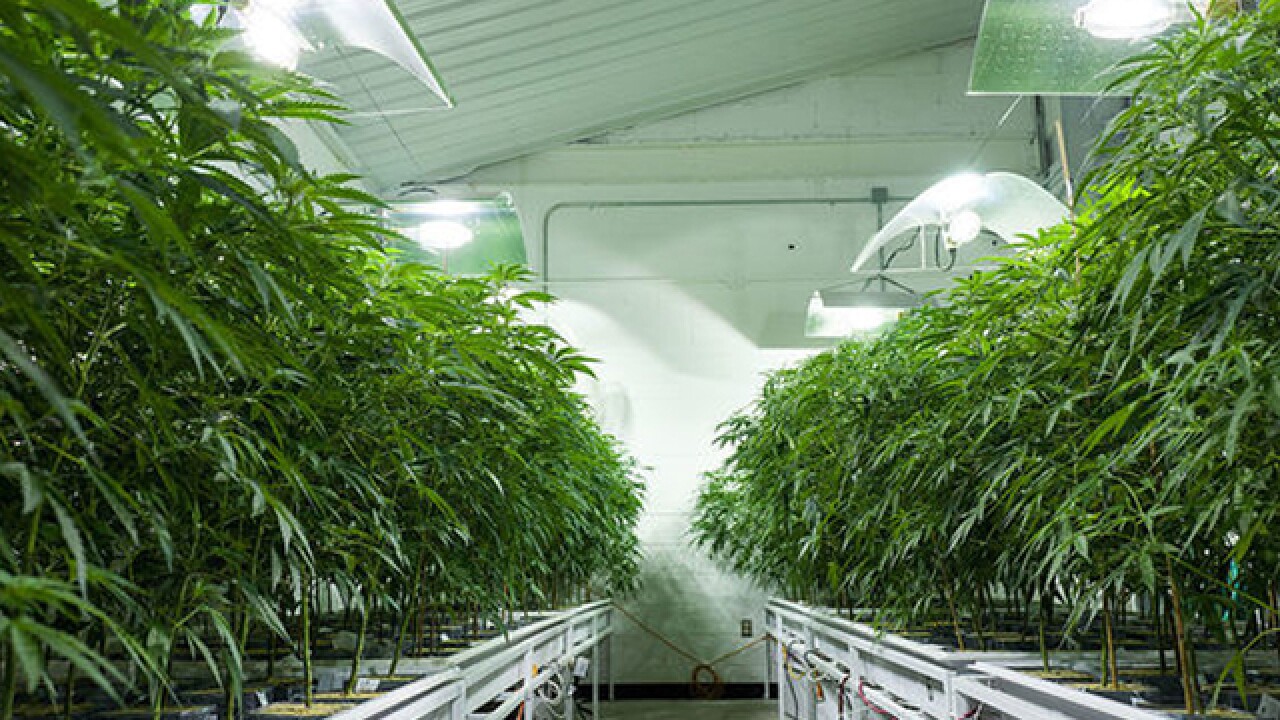 COLUMBUS, Ohio -- Ohio has announced the second round of recipients to receive a license from the state to grow medical marijuana.

More than 100 companies applied for just 24 licenses to cultivate medical marijuana in Ohio.

The latest round of licenses went to businesses that applied to operate as level 1 cultivators, meaning their growing operations will be up to 25,000 square feet.  They include include:

Several Cincinnati-based investors applied for growing licenses, but were denied - including the founders of Rhinegeist Brewery and James Gould of downtown-based Green Light Acquisitions, an holding firm for marijuana-related ventures.

"Our legal experts have uncovered several fatal flaws and more are expected to be uncovered through discovery, said Gould, who is chairman and CEO of CannAscend.

Bob Bonder, founder of Rhinegeist, told WCPO that he was "disappointed" that his group didn't land a license, but his group is still "dedicated" to its plans to breathe new life into Camp Washington site where they had hope to launch their cultivation business. The team has applied for a license to open a dispensary at the site, which is a former Kahn's facility on Spring Grove Avenue.

The closest operation to Southwest Ohio to land a license is Columbia Care, LLC, which is planning an indoor growing facility at 223 Homan Way in Mt. Orab in Brown County. The firm's president and CEO Nicholas Vita couldn't immediately be reached for comment.

According to plans including in the firm's application the facility is near Western Brown High School. But the property is outside of the 500 feet-minium buffer zone set up by the state for marijuana-related ventures and certain public spaces.

The possible payoff for landing a license is winning a slice of what’s expected to be one of the largest medical marijuana markets in the U.S.

“Ohio is a key part of the future of the medical marijuana industry, just given its massive size, in terms of population and the estimated revenue,” said Chris Walsh of Marijuana Business Daily, a Colorado-based news and research firm. “The companies that win licenses there are going to be able to tap into an incredibly huge market.”

RELATED: The race is on to be among Ohio's first legal pot farmers

Ohio has set some of the highest fees of any state for companies applying to break into the legal marijuana market.

The funds will go to cover the costs associated with ensuring the new industry complies with Ohio’s rules – a job that the newly created Ohio Medical Marijuana Control Program will lead.

Earlier this month, the state revealed the names of the first 11 companies to land a provisional level II cultivation license - which Ohio created for smaller marijuana farms that will have 3,000 square feet of growing space or less. At least one more license for a small cultivator could still be announced, state officials have said.

RELATED: Meet some of the people who might become Ohio’s first legal marijuana farmers

The smaller license holders  include Cincinnati-based Hemma LLC, which is owned Elizabeth Van Dulman the founder of the personal stylist start-up Modster.  According to Van Dulman's application to the state, she's planning to launch her growing operation in Monroe in Butler County.

The full lists of license recipients can be found at Ohio's Medical Marijuana Program website.

In September 2016, Ohio joined more than two dozen states that have legal marijuana laws on their books. Since then, state regulators have been crafting the rules for how the drug can be grown, processed and sold to eligible patients.  The program, by law, is under a September 2018 deadline to be fully functioning.

Ohio's Department of Commerce is overseeing the scoring of cultivation applications, which were filed with the state in June.

Applicants' scores are based on four key components of their operation: Their business plan, quality control plans, security plans and financial plans, said Stephanie Gostomski, a spokeswoman for the Department of Commerce.

The recipients now have nine months to get their businesses fully operational, which will require a final round of inspections and reviews by the Department of Commerce, said Gostomski.