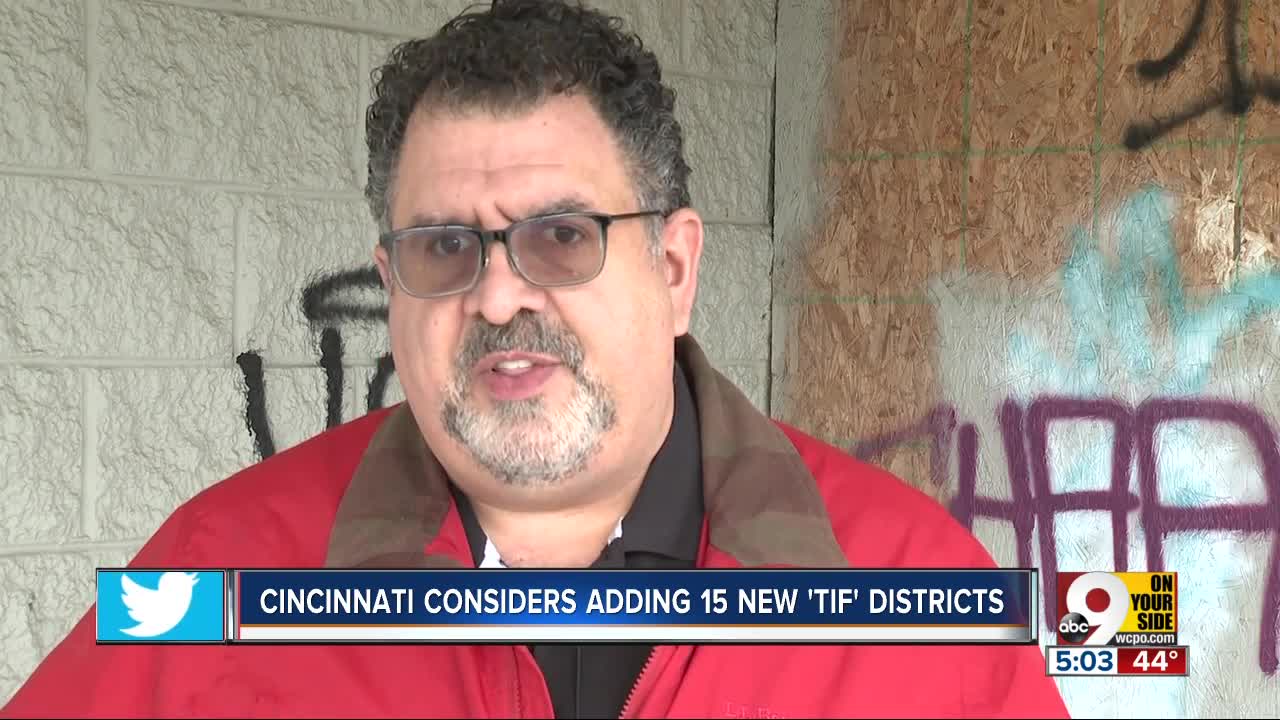 Advocates in neighborhoods like Northside say that becoming designated TIF districts — that's "tax-increment financing" — will lead to local improvement, since some tax funds within TIF districts are set aside specifically for projects in that area. Opponents worry about how TIF designation could affect existing levies on which they rely.

CINCINNATI — Can more funding for development come with a cost?

Some say yes, and they worry the city’s proposal to add new taxing districts could do more harm than good.

The issue is TIF districts, as in Tax Increment Financing. It’s all about development and increasing property value. It comes from the premise that more development means more property taxes, which means more money to reinvest into a community.

The lack of access to healthy food resulted from a decision made more than a decade ago, Neurohr said.

“We were actually approached in the early 2000s to become a TIF district and we turned it down,” Neurohr said. “But we couldn’t help but think if we had said yes to this, maybe we would’ve had enough to fund this project.”

Neurohr said Northside’s food issues, plus affordable housing, plague the neighborhood. But he’s hopeful that designation at as a TIF district could change that.

“There are plenty of possibilities,” Neurohr said

Here’s how it works:

The original $4,000, the base rate, goes to the general fund, but the additional $2,000 goes to into a separate pot, used only for TIF projects in that district.

“We’re trying to encourage growth in areas where there is no growth, and there hasn’t been growth for a while,” said City Councilmember Jeff Pastor, who supports the districts.

Pastor says the proof is in the pudding.

“Nobody can argue the great renaissance that we’ve seen in OTR and Walnut Hills now and other parts of the city,” Pastor said.

But not everyone sees it that way.

Some like Hall worry about the impact it would have on voter-approved levies like the one that funds disabilities services in Hamilton County. That’s because any additional property tax revenue would go to the TIF fund and not grow funds set aside for levies.

“There’s something unethical about having a vote and saying your money is going to help people and you vote for that, and then the city takes that money and uses it for development of property,” Hall said.

The city hasn’t given a clear answer on what impact the TIFs would have on individual levies. Some say it would force voters to continue to pass more and more levies any time additional funding is needed.

Pastor and other leaders say they’re giving the neighborhoods what they asked for.

“It’s not something that council is saying, ‘Hey, we’re going to make you a TIF district.’ These are folks who are actually requesting these TIF districts,” Pastor said.

The city will vote on the TIF districts in December.