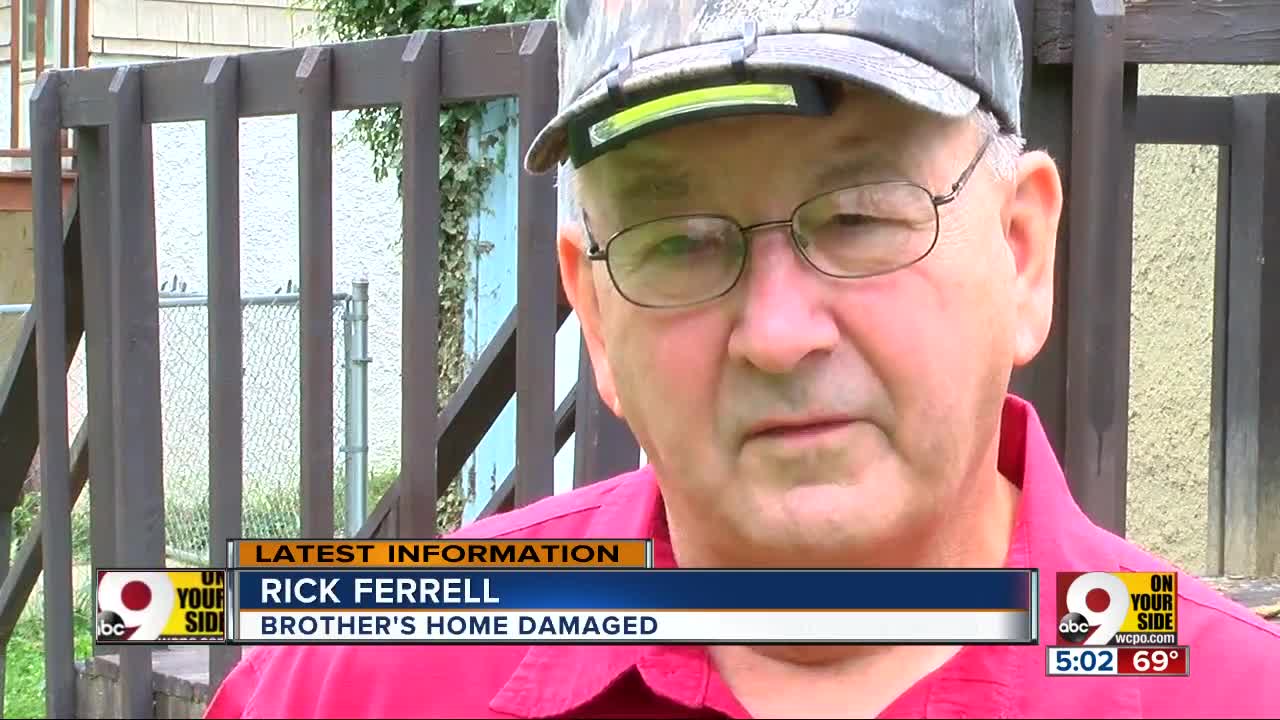 People in Northside are still wading through mud and muck in their basements, and many believe the Metro Sewer District is responsible.

CINCINNATI — More than a week later, Northside residents are still cleaning up sewage and water damage from flooding and waiting for answers.

"It's heartbreaking,” Rick Ferrell said about the damage to his brother’s home. “I took a yard stick and measured it. It was 7 feet high in that basement full of water at one time.

"It got the water heater, the washer and dryer."

The mess of muck and mud still fills people's basements.

"I hate to think of these people as neighbors actually going in this stuff and cleaning out this mud and this gook and stuff,” Ferrell said. “Because you don't know what's in there. They don't know how much sewage is in there."

Many are blaming a Metropolitan Sewer District project for the sewage overflow, and MSD says it is offering to cover cleanup costs while it continues investigating the issue.

Ferrell says his brother's home is on the list for help.

"They're still not admitting the guilt,” Ferrell said. “They don't know who to blame yet, but they are going to come in here and do the cleanup."

Doyle Spradelin of Northside says the cleanup at his home is slow and frustrating.

"I don't mind doing the work. I know it's my property and I've got to clean it up. But they promised a dumpster and there's no dumpster here today," Spradelin said.

A lot of Spradelin’s cleanup is already done, meaning MSD’s offer isn't useful for him. But he's still left with questions.

"Trying to get the electric back on. My circuit breakers were underwater and I'm trying to figure out what to do,” he said.

With no power, Spradelin says it makes day nine of cleanup that much harder.

"It just doesn't seem right,” he said. “They've got to send someone to tell me what to do with it - whether I rip it out or get a contractor. If they could help me, that'd be great too."

MSD says it was overflow stormwater, not sewage. Intense rainfall overflowed basins and that sent water rushing into people's homes.

"We rebuilt the berm … also made some temporary modifications to the outfall structure so the water cannot fill in the basin so high,” she said.

"This is an area that has historically had flooding in rain events like this… It's impossible to say right now whether this would have, without this project having been constructed, whether they would have experienced some degree of flooding in any event."

Christy said the agency has helped clean up at least two dozen homes. MSD believes 25 to 30 were affected.

MSD will meet with city leaders Tuesday to discuss what happened.

Spradelin had just one ask as MSD continues its work.

"Just don't forget us,” he said. “It wasn't our fault the water came. And I don't think it was because of the rain.”