FD: Building was unoccupied, no one hurt 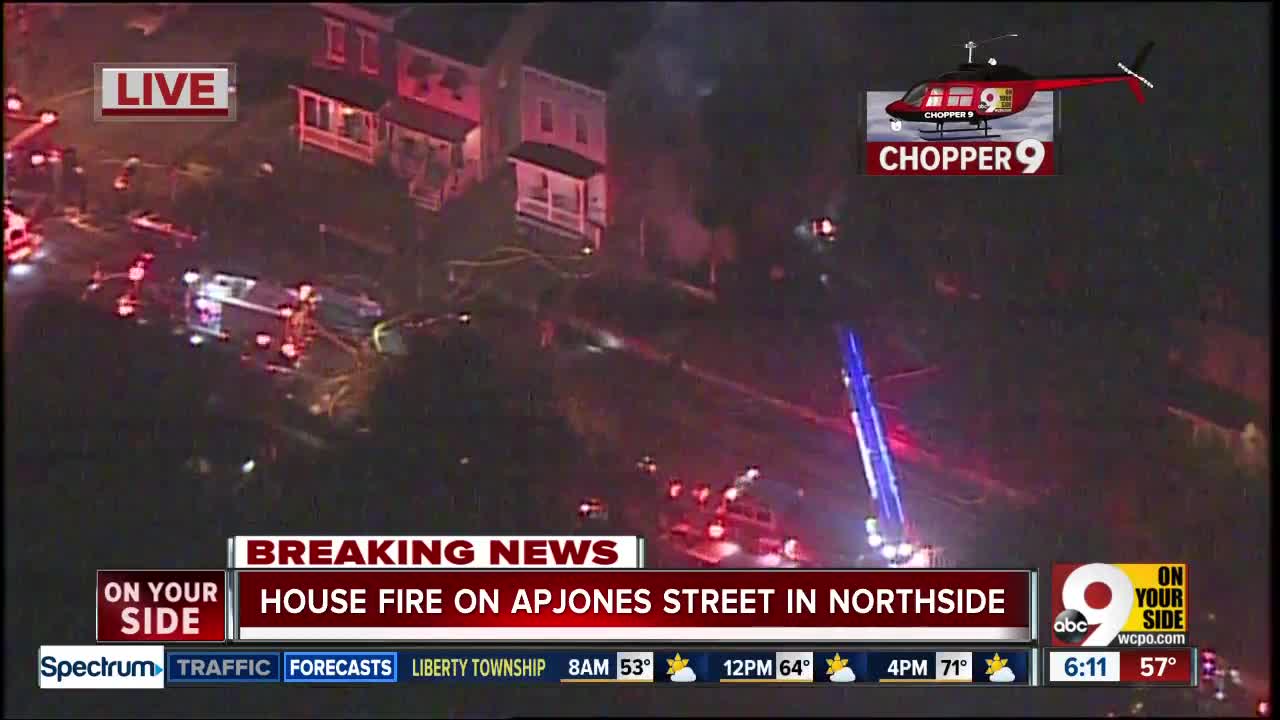 No one was hurt after a house went up in flames in Northside Friday morning. CINCINNATI — A Northside home is a total loss following a two-alarm fire that damaged nearby homes, according to fire officials.

Cincinnati Fire responded to a two-alarm fire on the 1300 block of Apjones Street at approximately 5:45 a.m. Friday, and the house was fully-involved when crews arrived.

No one was living in the house when it caught fire and no one was injured, Assistant Chief Thomas Lakamp said.

Flames were visible on the roof, and surrounding homes were damaged by the heat. Electrical wires were also down in the road, Lakamp said.

A fire investigator was on scene Friday morning.