Mom of newborn stunned to find lead in water 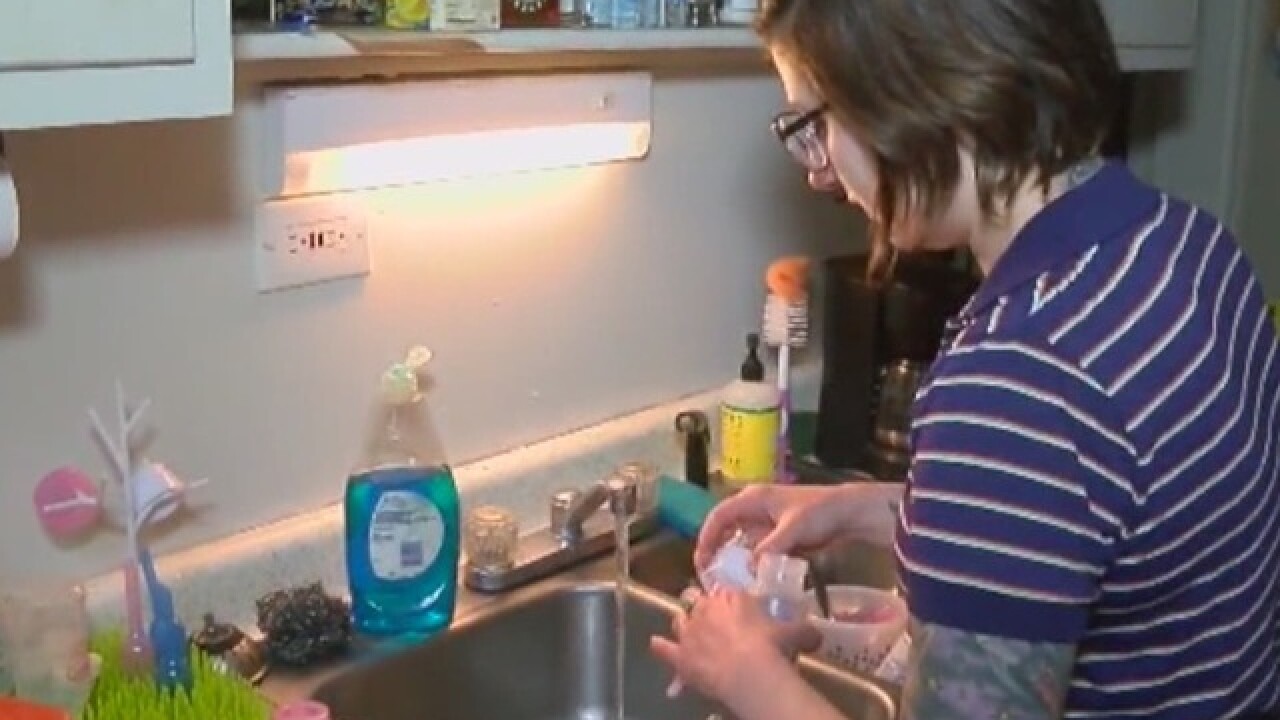 CINCINNATI -- Mollie Dudley is the mother of a newborn daughter named Vera, and she'll do anything she can to protect her little bundle of joy.

A few weeks ago, Greater Cincinnati Water Works sent a letter to Dudley at the century-old home she's renting on Apjones Street in Northside; the letter told Dudley that a water service line from the street to the house was made of lead.

"I was terrified when I opened the letter," Dudley said, because she used tap water to make Vera's formula.

As a precaution, she immediately ordered a testing kit from GCWW and started buying bottled water for her daughter's formula.

MUST READ: How to check your home's pipes

The utility agency called Wednesday with test results: GCWW found "the acceptable level of lead is 15 parts per billion, and that our water was testing higher at 33 parts per billion. So, not to use the sink for any cooking or drinking or anything like that," Dudley said.

"Lately, since we've tested about 350 sites or so, we've have about nine of them that have been above the 15 microgram per liter action level," he said.

The best solution would be to replace the home's service line. Because Dudley lives in a rental property, her landlord would need to pay for it.

Other solutions, Swertfeger said: "They can filter the water -- use a filter that certified to remove lead. They could use bottled water for cooking and drinking, or they could flush water maybe first thing in the morning or first thing before they use the water to remove any water that's been sitting around in the pipes."

Earlier this month, GCWW Director Cathy Bailey told 9 On Your Side that, even for people who have lead pipes, tap water still can be safe.

"We have an excellent corrosion control process in our system," Bailey explained. "As part of our daily treatment process, we are making sure the lead is not leaching from the pipes to get into the water coming into the home."

Additives such as lime and calcium safety coat lead pipes, she said, "so the water is safe for all our customers to drink."

Click here to find out more about testing options.