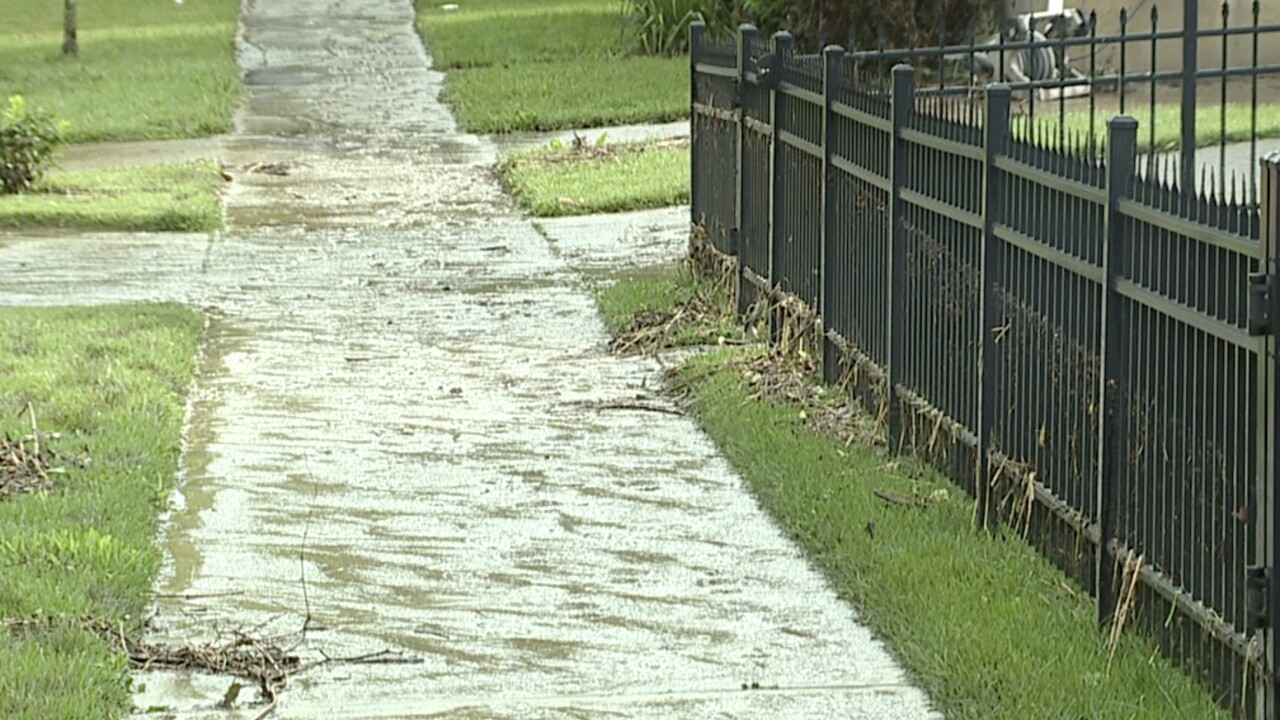 "Frankly I’m feeling a little pissed that we’ve had to yet go through this again and again and it’s still not fixed," said Sue Wilke, a 10-year resident of Martha Avenue. "It’s just very very scary to come out and see all this. Especially when you thought it was taken care of.”

Across the road from Wilke's house is construction on a Metropolitan Sewer District project. The project is meant to reduce overflows in Northside and includes two stormwater detention basins. But the project is expected to be finished in the summer, so the stormwater flowed into the streets instead of the basins.

“It was rushing so loud between those houses that we couldn’t even hear what our next-door neighbor was saying over the sound of the water," Wilke said.

Several feet of thick, muddy water went from the streets and into the Virginia Avenue home of Rosa Collins. She believes this is a sign the MSD project was not done right.

"This would’ve never happened if it would’ve been... they need to do it right," Collins said.

"MSD is aware of the situation and is investigating," Deb Leonard, MSD communications manager, said. "We understand there is concern from the community, and we want them to know we are taking action to determine what happened and how to address the issue."