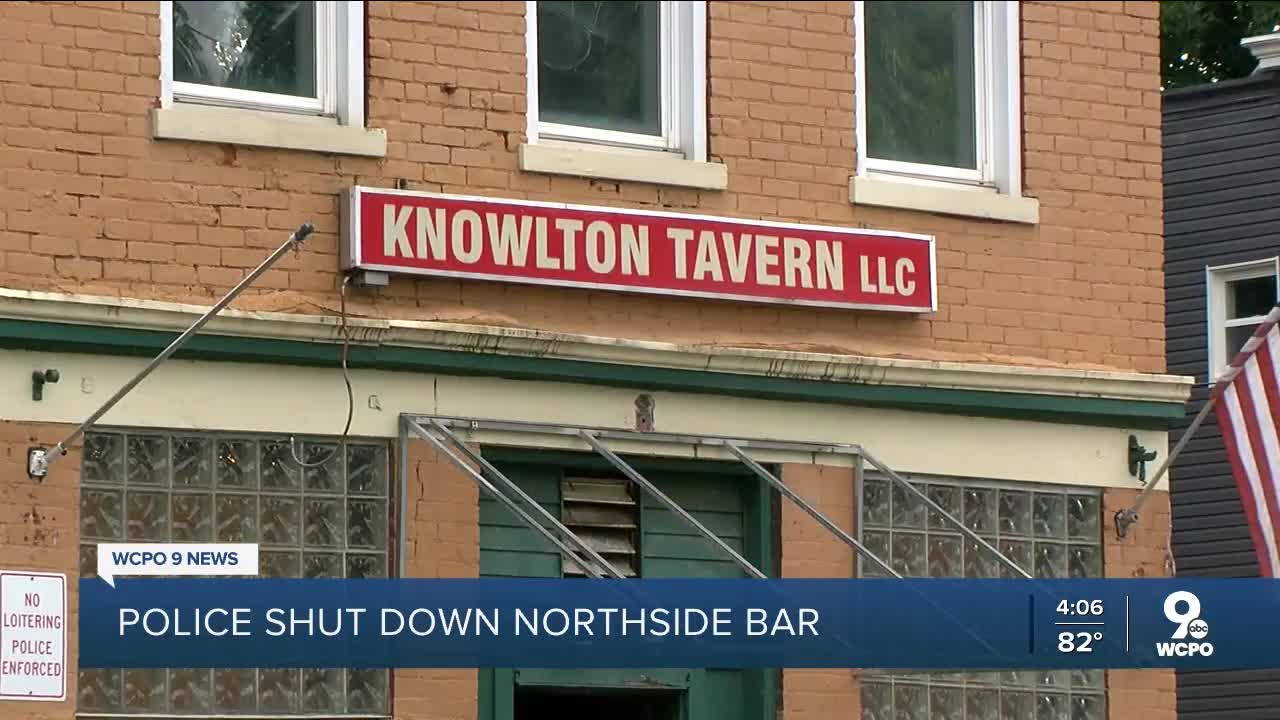 Workers boarded up Knowlton Tavern on Thursday morning after the state revoked the bar’s liquor license.

CINCINNATI — A Northside bar that was a hub for “drug sales, trafficking and numerous nuisance crimes” is now closed, Cincinnati police said.

Workers boarded up Knowlton Tavern on Thursday morning after the state revoked the bar’s liquor license.

“The police department, we want small businesses to come in here and bring prosperity and viability, opportunity to the community. That’s what makes strong communities. But when you have businesses such as this that take advantage of that, that brings the community down,” he said.

Gregorie said the bar was the site of five shootings over the last two years, including one that happened outside the bar in 2017.

“It’s unfortunate that we got to this point because of the time frame that we worked with, the opportunities we gave Knowlton Tavern ... but we have to promote that safety in the community,” he said.

Michael Wizer, who lives near the bar, said he was relieved to see it closed. He said Knowlton had caused issues in the neighborhood for years.

“There were shootings and guns going off, Julie and I having to turn the lights off and hit the floor … we’d find drug paraphernalia in the streets,” Wizer said.

Other neighbors called Knowlton Tavern a community gathering place, and said everyone felt like family.

Neighbor William Barefield said it seemed like it was only a matter of time before police closed the bar.

“Closing it down, I don’t feel like is the thing. It’s what’s going to come from it … it’s the perfect opportunity for someone to come in and put something there,” he said.