Screw the beach. Take a political vaca this year 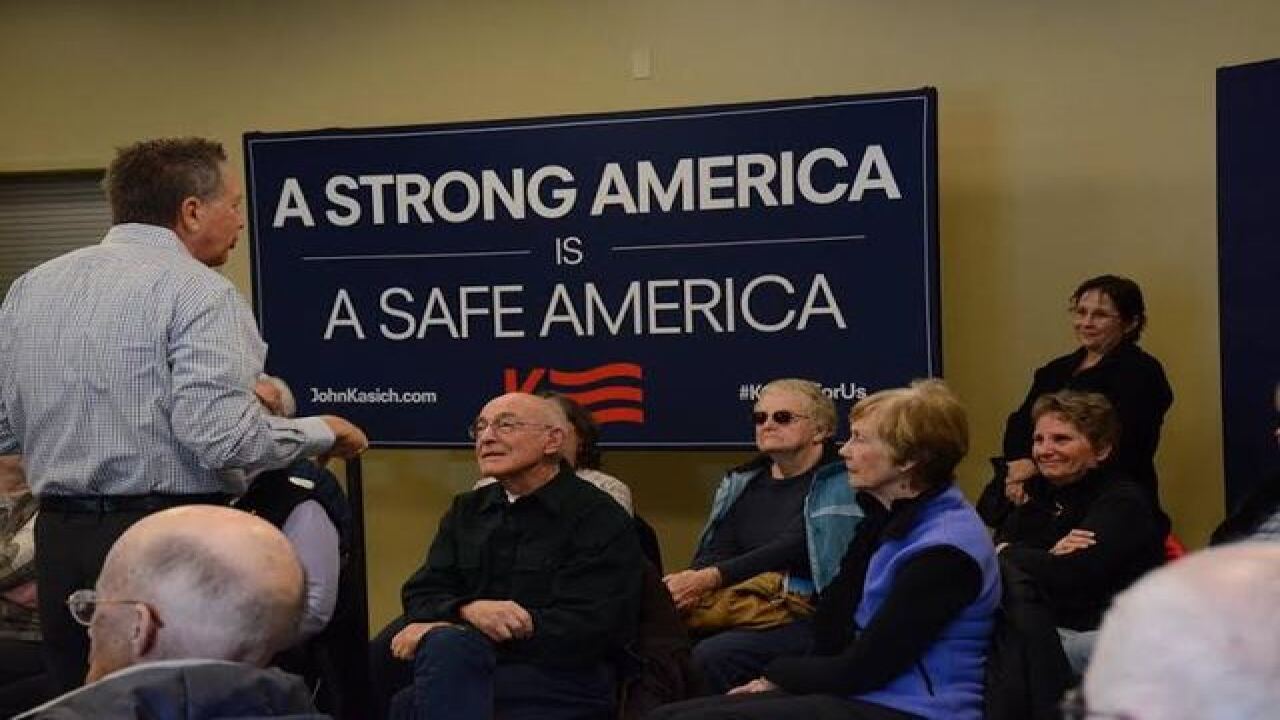 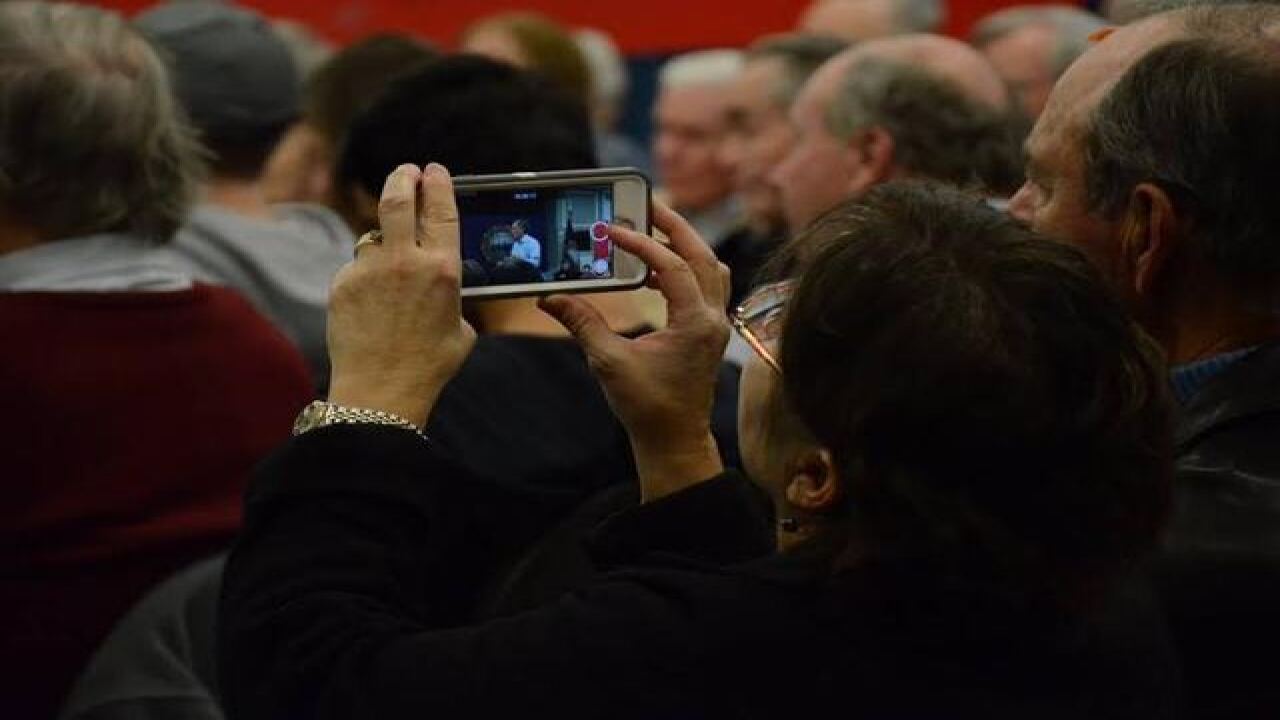 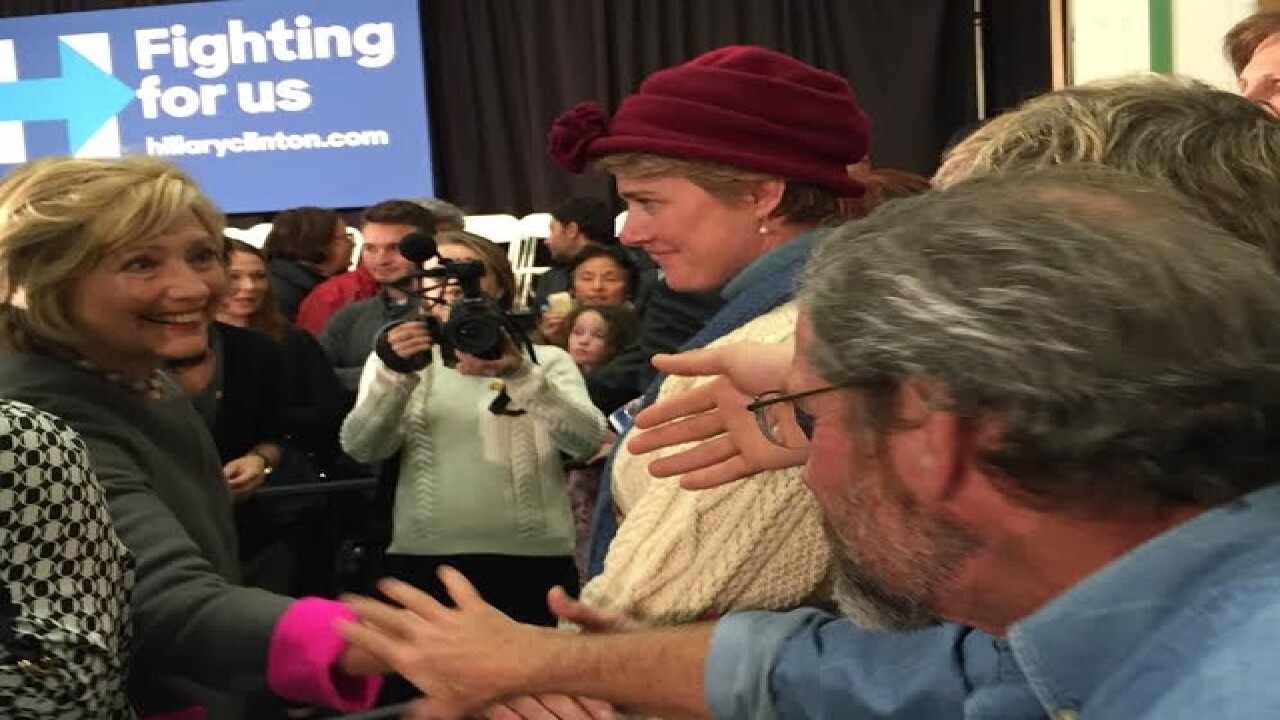 Brewster Rhoads posted dozens of photos from his December vacation to New Hampshire on his Facebook page.

But don’t look for pictures of lobster rolls or coastline scenery.

This Cincinnati “political tourist” can show you a photo of him reaching out to shake Hillary Clinton’s hand at a town hall forum.

There’s one of his wife, Ann Lugbill, listening to John Kasich at a rally (after she helped him remove his jacket while he struggled with a microphone).

There’s a photo of Bernie Sanders speaking to a young crowd in a Plymouth auditorium.

There are photos of national press pool cameramen and local reporters on laptops who the vacationing couple often waved to because they had gotten to know them so well after attending seven campaign events.

It was a political tourism trip to remember.

“If you’re interested in politics, there’s no better vacation than going to New Hampshire in the middle of the presidential election cycle. We were like pigs rolling in mud,” said Rhoads, who recently retired as the executive director of Green Umbrella, a nonprofit environmental group here.

Over their five-day trip, the couple stayed at cheap motels and ate plenty of lobster, while trying to hit every single political event in the state. They even found themselves following the Kasich campaign bus from one town hall meeting to the next.

Along the way they met campaign ground workers, watched the strategic set-up of events, and talked to enough New Hampshire voters to appreciate them as grounded, yet politically savvy.

But what they really came for was the face time with presidential hopefuls.

“I was expecting a lot of close intimate interaction with the candidates,” he said. “We were literally standing five or six feet away from them.”

Lugbill agreed: “I felt like candidates had to listen to the questions and were somewhat influenced by what was being asked.”

Rhoads and his wife, who is an attorney, have a deep interest in politics. Rhoads was a regional director for southwest Ohio for former Gov. Ted Strickland from 2007 to 2011, and has run many local campaigns.

They got the idea for their political trip from friends, Mark and Nancy Turner, who have been making campaign stops to New Hampshire for years.

“We are footloose and fancy free these days, so we thought, ‘Why not?” Rhoads said. “We can only do this once every four years. And Iowa is too cold and gray and far away.”

“And there’s no lobster there,” Lugbill added.

Their friends, Mark Turner, a University of Cincinnati aerospace engineering professor and his wife, Nancy, a Methodist minister, have made many political trips to New Hampshire over the decades. They once lived north of Boston and have family in Manchester.

The Turners started their pre-primary visits during Bill Clinton’s first run for president in 1988. And they have been back for every general election since then – all eight of them.

“Our sons, now 20 and 22, have seen many candidates there,” Nancy Turner said. “It is an amazing glimpse into American presidential candidate vetting … that we don’t have in Ohio. You can see and talk with every candidate stumping on foot among people.

“We go to see every candidate who we possibly can. It doesn’t’ matter what party they are, we want to hear what they have to say,” Turner said.

They were in New Hampshire in late December and met Chris Christie, then stopped by the Sanders and Clinton campaign offices.

“We talked with young adults and retired ones from other states out canvassing for their candidate. Very cool,” she said.

Not to be outdone, Rhoads and Lugbill came back with their own stories from their first political vacation. And a few discoveries.

They were shocked at the level of organization by Democratic candidates, who would not let anyone into campaign events without capturing names and email addresses.

And they were also surprised that, well, that they actually liked Kasich. Especially since his win over Strickland to become governor put Rhoads out of a job in 2011.

“On a personal level, he was very engaging,” Rhoads said. “He didn’t beat around the bush. He hugged people, he high-fived college students, he touched people.”

While New Hampshire’s Division of Travel and Tourism Development doesn’t keep track of how many “political trips” are made, or their impact on the economy, these two local couples admit they are an oddity.

“Most people don’t voluntarily go to New Hampshire in January just for the heck of it,” Turner said. “It is really, really cold.”

But the upside is huge, she said.

“For us it was kind of a family thing to do,” Turner said. “But after a while we realized this slice of presidential vetting of candidates that happens in New Hampshire, none of the rest of the states get to do this. It is really fascinating.”