New feathered friends could be hatching at the zoo soon 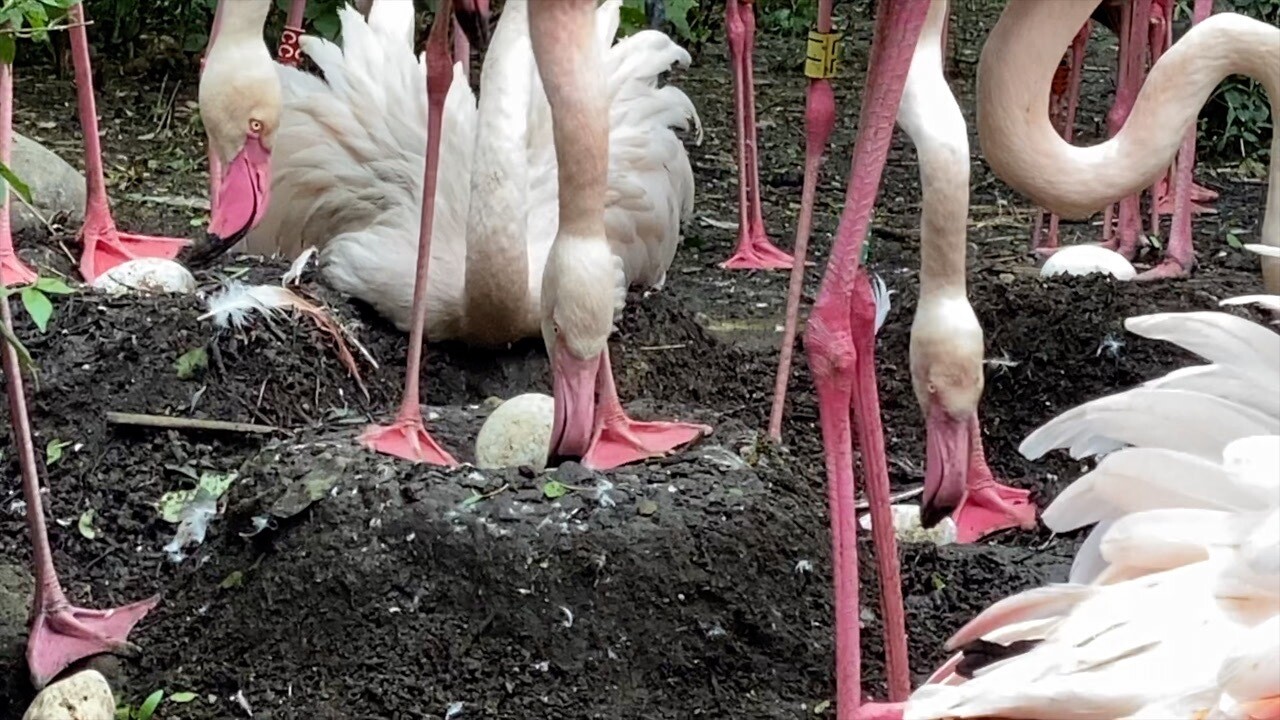 The Cincinnati Zoo and Botanical Garden
Flamingos at the zoo tending to their eggs. 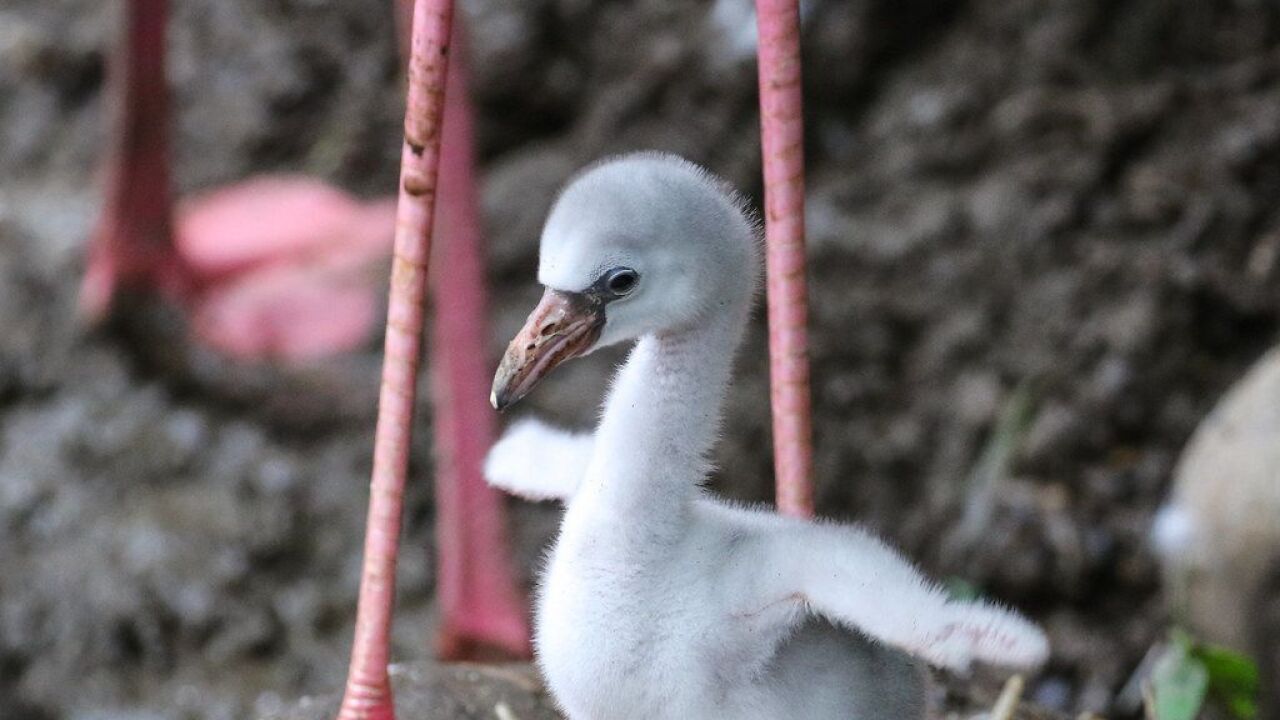 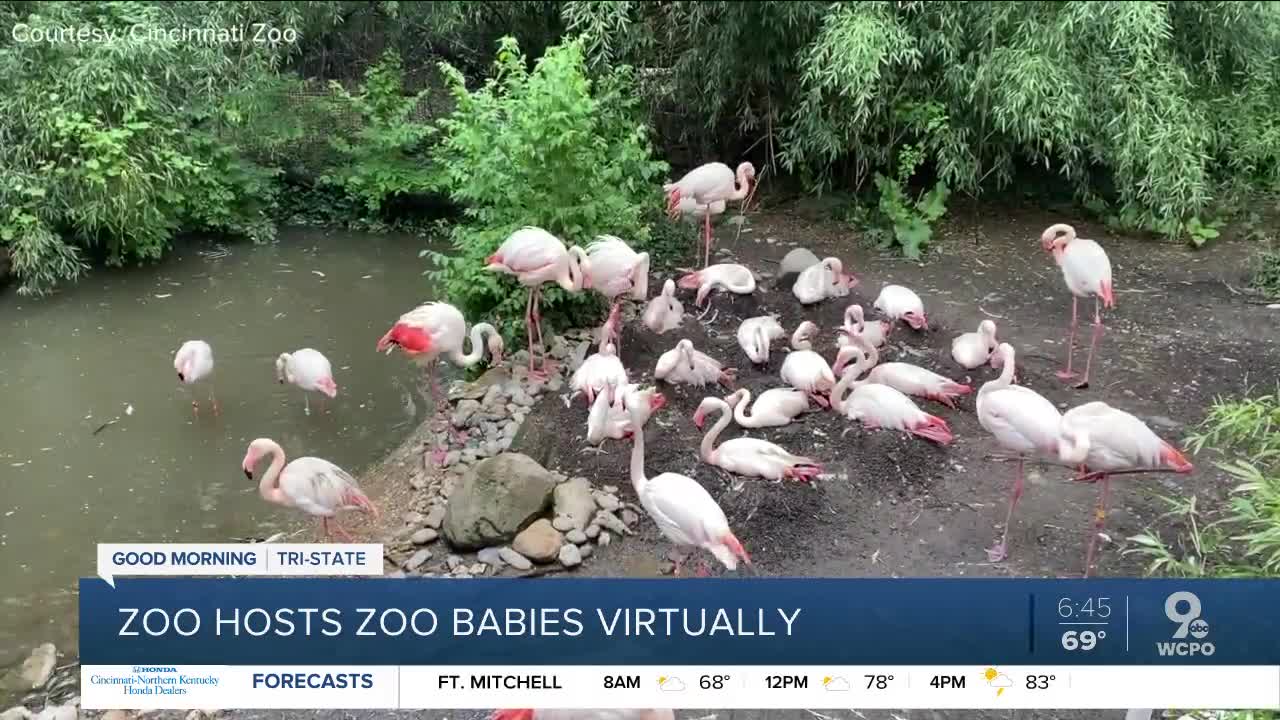 CINCINNATI — By the time the Cincinnati Zoo & Botanical Garden reopens to the public, visitors might see some new, young, feathered animal faces.

The flamingos at the zoo laid 17 eggs close to a month ago, and those eggs are about ready to hatch. Head bird keeper Rickey Kinley said this is an exciting time for him and the other zoo employees.

"Being a zookeeper is just like being a parent. Even though they're taking care of their babies, we take care of them," Kinley said. "We watch over them, and we get excited when they're building nests and watching the babies develop and grow."

After a flamingo lays an egg, it usually takes between 27 and 31 days for the egg to hatch, and in that time, both males and females take turns incubating the egg.

Once the egg starts to hatch, the flamingo chick could take anywhere from 24 to 36 hours to fully emerge.

The flamingo chick has gray or white feathers, and they gradually gain the flamingo's distinctive pink coloring over the next two to three years.

You can watch the zoo's Home Safaris here around 3 p.m. to see if the flamingos have hatched yet.