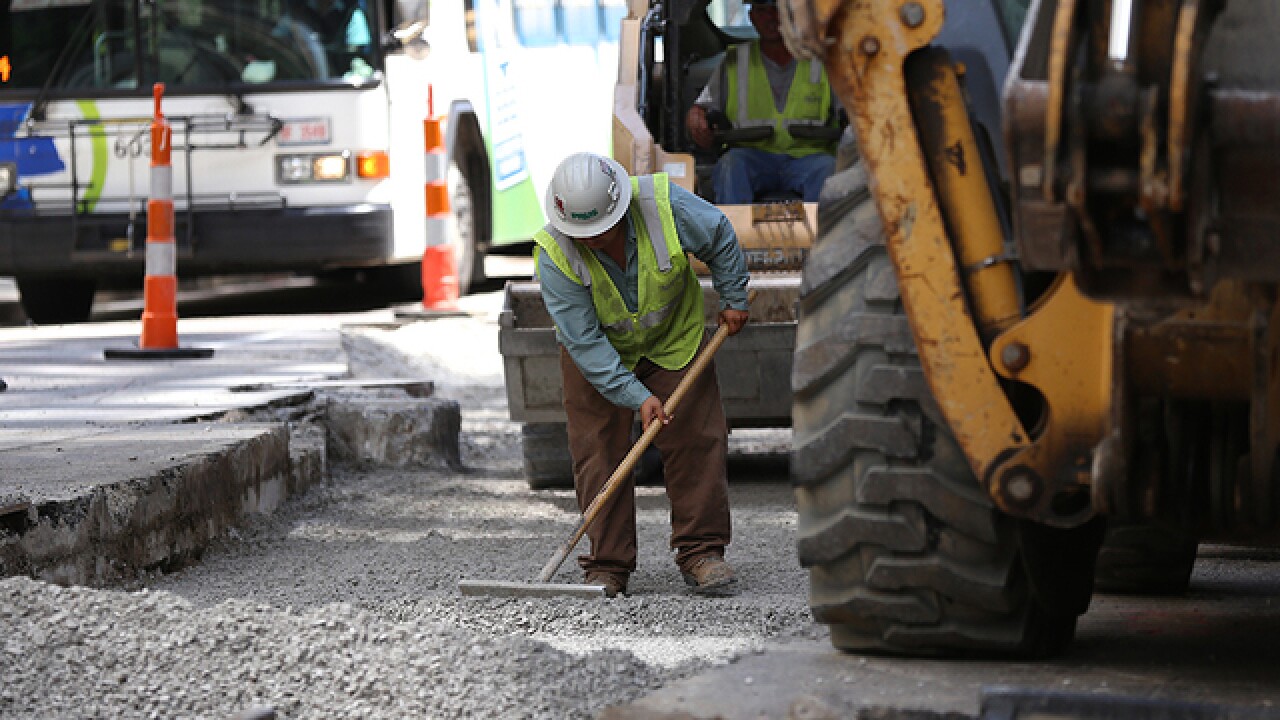 Emily Maxwell | WCPO
<p>Construction for the streetcar at Main and Fifth streets in downtown Cincinnati.</p>

In the first six months that the city of Cincinnati has had a new race- and gender-conscious contracting program, the city has approved contracts worth more than $9.1 million to women- and minority-owned businesses, according to a news release issued Thursday.

Of that amount, almost $5 million was approved for construction contracts to minority-owned companies. That is significant because it's more than half the total amount of construction dollars spent with companies owned by minorities and women during the five years between 2009 and 2013.

"I am thrilled that our inclusion of African-American and female contractors is improving," Mayor John Cranley said in the news release. "We will be pushing for even more progress to come."

City Manager Harry Black credited the city's new Department of Economic Inclusion and its director, Thomas Corey, for the success.

"Thomas and the staff of the Division of Purchasing and various city departments have really worked hard to get minority-owned and women-owned businesses certified and then to create opportunities for those companies to bid on work with the city," Black said in the release.

The new program has been the most sweeping effort in recent years to address the fact that the city of Cincinnati awarded a tiny fraction of its hundreds of millions of contracting dollars to businesses owned by women and minorities.

The city commissioned a disparity study to examine Cincinnati's business contracts with minority-owned companies. The idea was to find any patterns of disparity in how the government had awarded contracts, and the study found there were.

The news release issued Tuesday was the city's first report on the results of the new contracting program.

"I'm excited about what's happening," Corey said in the release. "This is just a snapshot of how the city is progressing toward reaching its annual MBE and WBE goals. We will use this information to strategize for the coming months."