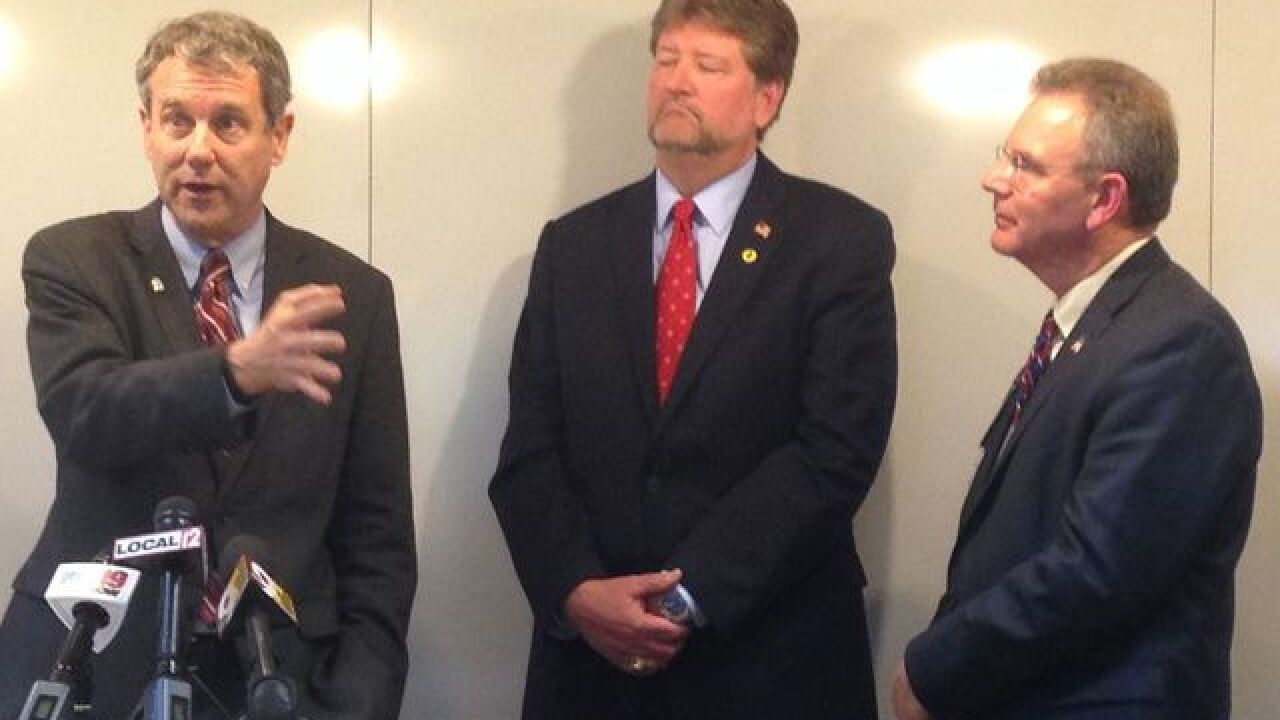 CINCINNATI - The new acting director of Cincinnati’s VA Medical Center wants to “improve communication and transparency” in his first three months on the job.

“My plan for the next several weeks is to do a lot of listening,” said Glenn Costie at his debut press conference in Cincinnati with Robert McDivitt, acting regional director for the Cincinnati VA, and Sen. Sherrod Brown, D-Ohio.

“Cincinnati has always been a top performer,” Costie said. “I look forward to helping the organization and improving even more.”

Costie was announced April 26 as the replacement for John Gennaro, director of the Cincinnati VA since last August. It was the fourth leadership change announced by the VA since mid-February, when the Scripps Washington Bureau and WCPO documented a series of problems involving cost cutting, managerial misconduct and quality of care.

RELATED: Find all of our VA coverage here

The VA hasn’t explained whether Gennaro’s reassignment was related to the allegations raised by 34 hospital whistleblowers. And that explanation wasn’t offered Monday.

“We are a system in the VA and we try to put our leaders where their talents can be used to the best interest of veterans,” said McDivitt, the highest-ranking VA official in Ohio, Indiana and part of Michigan. “There was a feeling by the Secretary and by the department that this was best for Cincinnati. It was best for Pennsylvania and it was best for John as well. We see this as a positive change throughout.”

A VA fact sheet said the Cincinnati VA hired 150 “direct patient-care staff” in its 2016 fiscal year, including 37 physicians and 52 registered nurses. McDivitt said the hospital has 2,300 full-time equivalent employees and a vacancy rate of about 8 percent, or 130 full-time equivalent positions. The $389 million health system cares for 43,000 veterans in 17 counties.

The VA has said it substantiated allegations that the hospital’s former chief of staff prescribed painkillers for the wife of her boss, but it has not substantiated allegations involving patient care. The prescription issue led to the retirement of Jack Hetrick, a VA regional director who was replaced by McDivitt. Dr. Barbara Temeck, the hospital’s former chief of staff, has been twice replaced. Dr. Elizabeth Brill started Monday as successor to Dr. Ralph Panos, who was named the acting chief of staff in February.

In an April 26 interview, Brown added: “Clearly there’s a concern about quality of care or they wouldn’t have made the switch."

“When there are problems, top management … tends to make changes at the level where they see the problems,” Brown said. “I don’t think anybody’s pointing fingers at anybody. I’m certainly not doing that.”

Brown met with doctors, nurses, patient advocates and staffers from the hospital’s food service and security departments. He came away impressed with “the talent in this VA” and assured that the hospital is “well on the way to fixing” any management problems that need to be addressed.

“Management hasn’t listened to constructive criticism and ideas from people who they supervise,” Brown said. “I think that’s probably true through much of this institution as it is through many institutions in this country.”

Costie is a 32-year VA employee who was transferred to Phoenix in 2014 when it was reeling from a wait-time scandal. He declined to say whether his transfer to Cincinnati is a sign that something needs to be fixed here.