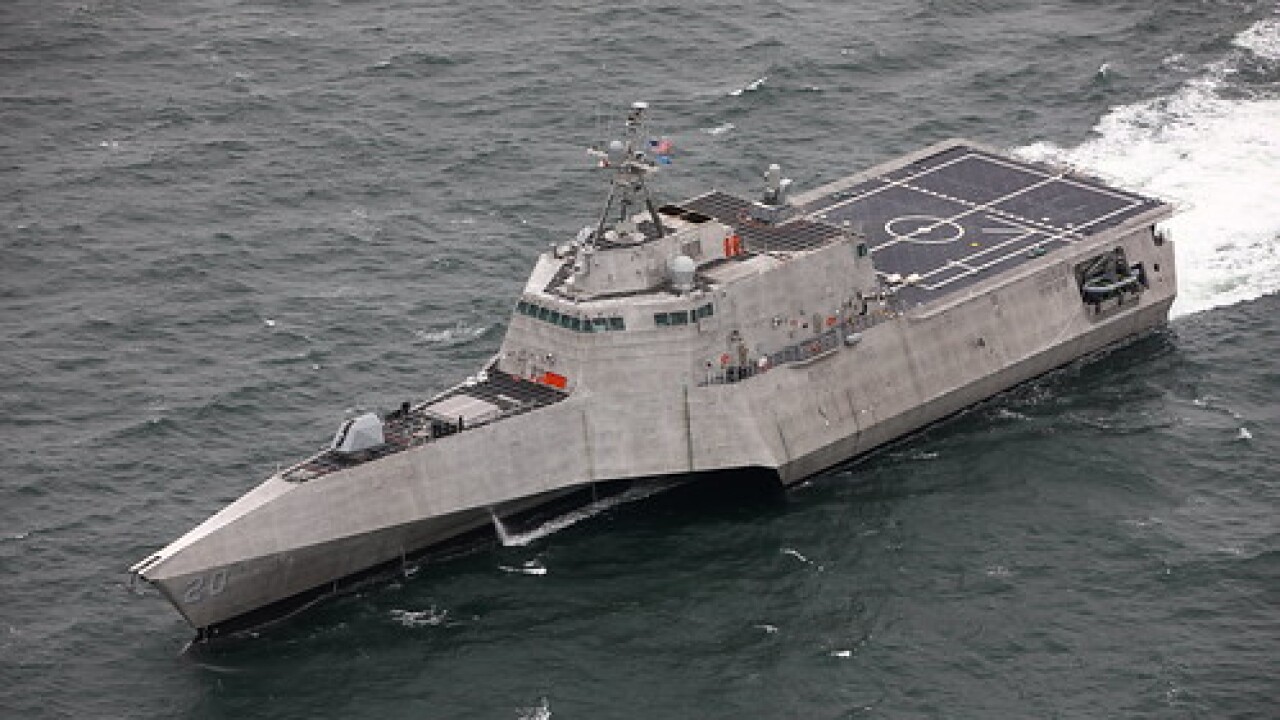 The U.S. Navy
This October, the U.S. Navy will commission USS Cincinnati, signaling acceptance for service and entrance of the ship into the Navy’s active fleet.

CINCINNATI — This October, the U.S. Navy will commission USS Cincinnati, signaling acceptance for service and entrance of the ship into the Navy’s active fleet.

The commissioning ceremony for the littoral combat ship (LCS 20) will take place on Oct. 5 in Gulfport, Mississippi, according to Navy officials.

The LCS 20 will be the fifth ship in naval history named for Cincinnati.

“To us at home, Cincinnati represents the will and determination of a force too resilient to be defeated, and that is why we accept this ship with magnificent pride,” said Cincinnati Mayor John Cranley, according to a news release.

Former U.S. Secretary of Commerce Penny Pritzker is the ship's sponsor. Pritzker will lead the “time-honored Navy tradition” of giving the order to “man our ship and bring her to life.”

Cmdr. Kurt Braeckel, of Indianapolis, is the ship’s commanding officer.

Following the commissioning event, USS Cincinnati will be stationed in Naval Base San Diego.

Councilman David Mann, a U.S. Navy veteran, attended a ceremony to officially christen the ship in October 2018 in Mobile, Alabama.

“We are so honored and proud that Cincinnati will be represented by this symbol of strength and patriotism,” Mann said.

The LCS provides war fighting capabilities to execute a variety of missions including mine warfare, anti-submarine warfare and surface warfare, Navy officials said.

The first ship named for Cincinnati was used during the Civil War. The second was utilized during the Cuban Revolution and the Spanish-American War. The third Cincinnati acted as a patrol and flagship during World War II. The fourth was commissioned in 1978 and served during the Cold War