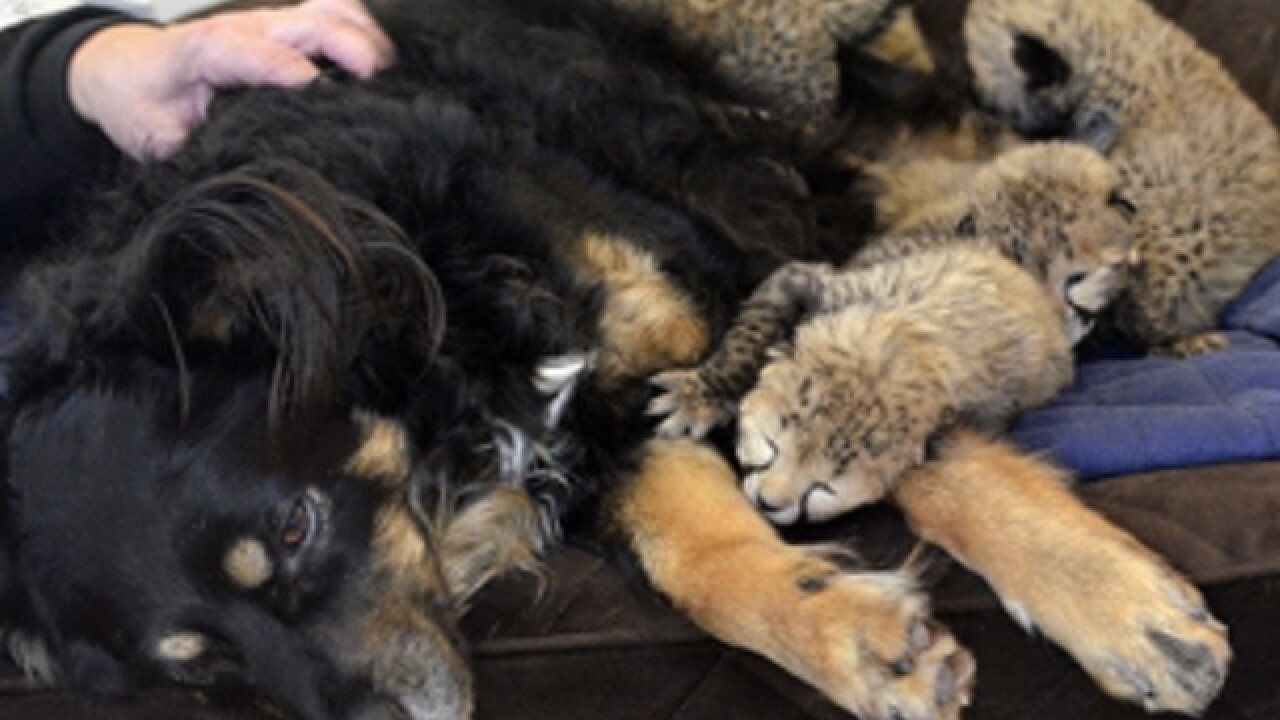 CINCINNATI -- Warning: Your heart may explode from the sweetness of this scenario.

A nursery dog is stepping in to help nurse five cheetah cubs after their mother passed away over the weekend.

Willow, a 5-year-old cheetah, was lethargic and had no appetite following the C-section birth of her premature cubs. Zoo staff thought she would make a full recovery, according to a press release from spokewoman Michelle Curley.

“Cheetahs are a fragile species and this difficult birth proved to be too much for her to pull through. Without the C-section, we likely would have lost both the mom and the cubs," Thane Maynard, Director of the Cincinnati Zoo and Botanical Garden, said in a press release. “Willow was able to contribute to the survival of her species by producing five cheetah cubs.”

The cubs have been bottle-fed by staff since their birth on March 8.

Now, the zoo has employed the expertise of another baby animal whisperer -- an Australian Shepherd dog named Blakely.

Blakley is a male dog, so he's not nursing the cubs; he does, however, have another very important job, zoo staff said.

"His first job is to let the cubs climb on him, which they did as soon as they were put together," said nursery keeper Dawn Strasser. "They need exercise to build muscle tone and get their guts moving."

Apparently, Blakely's presence -- plus the diligence of nursery staff who bottle feed the cubs and massage their bellies -- is doing the job.

"They really turned a corner this weekend. They opened their eyes, had good appetites, and, most importantly, they pooped!" Strasser said.

This isn't Blakely's first nannying job. His last zoo baby was Dale, a baby takin. His first baby was a cheetah cub named Savanna. He's also helped care for and socialize a baby bat-eared fox, a warthog, and an ocelot.

"In essence, Blakely is a nursery workers, helping interact and play with baby animals," Maynard told the Today Show. "It's cute and fun, and in terms of those babies growing up, that socialization is an important thing."

Blakely has been featured in national news stories by the Today Show, USA Today, as well as dog blogs like dogtime and positively.

The cheetah cubs will stay in the nursery for 8-12 weeks, according to Curley. The litter has three boys and two girl cubs. Zoo visitors will be able to see the cubs through the nursery windows.