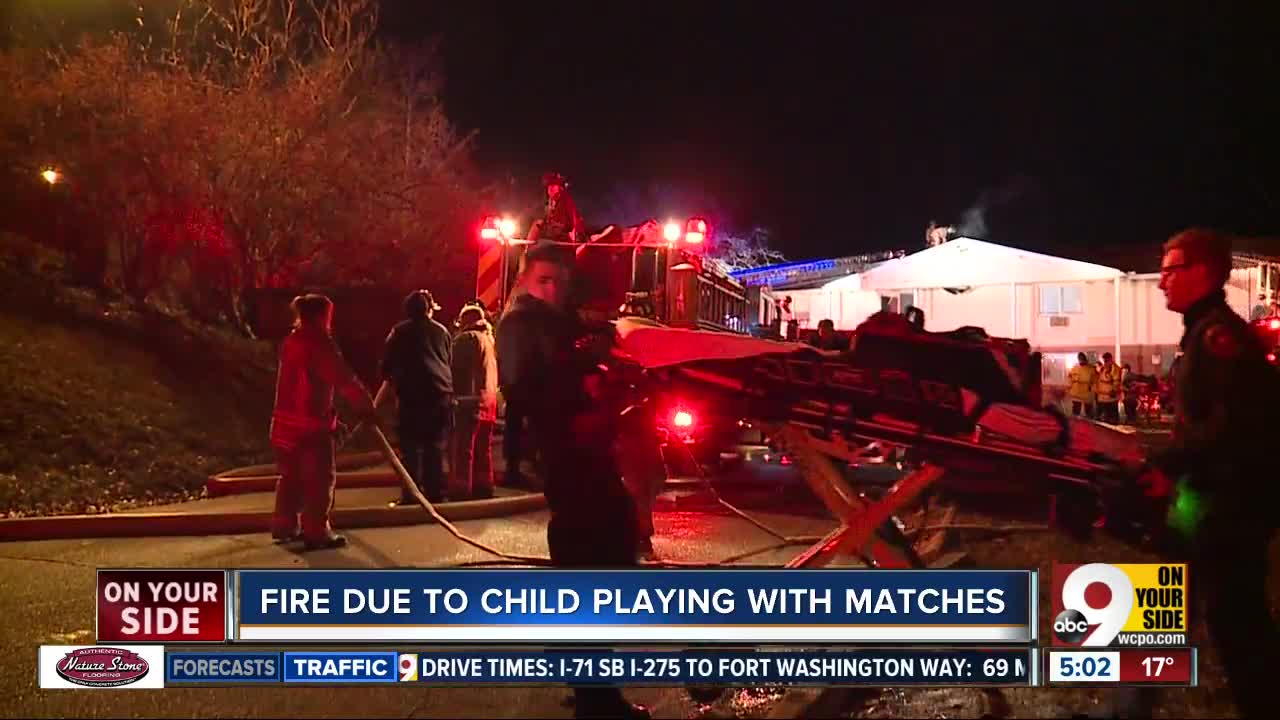 A child admitted to playing with matches which caused a two-alarm apartment fire in Mt. Airy Tuesday evening, displacing 30 people, according to fire officials. 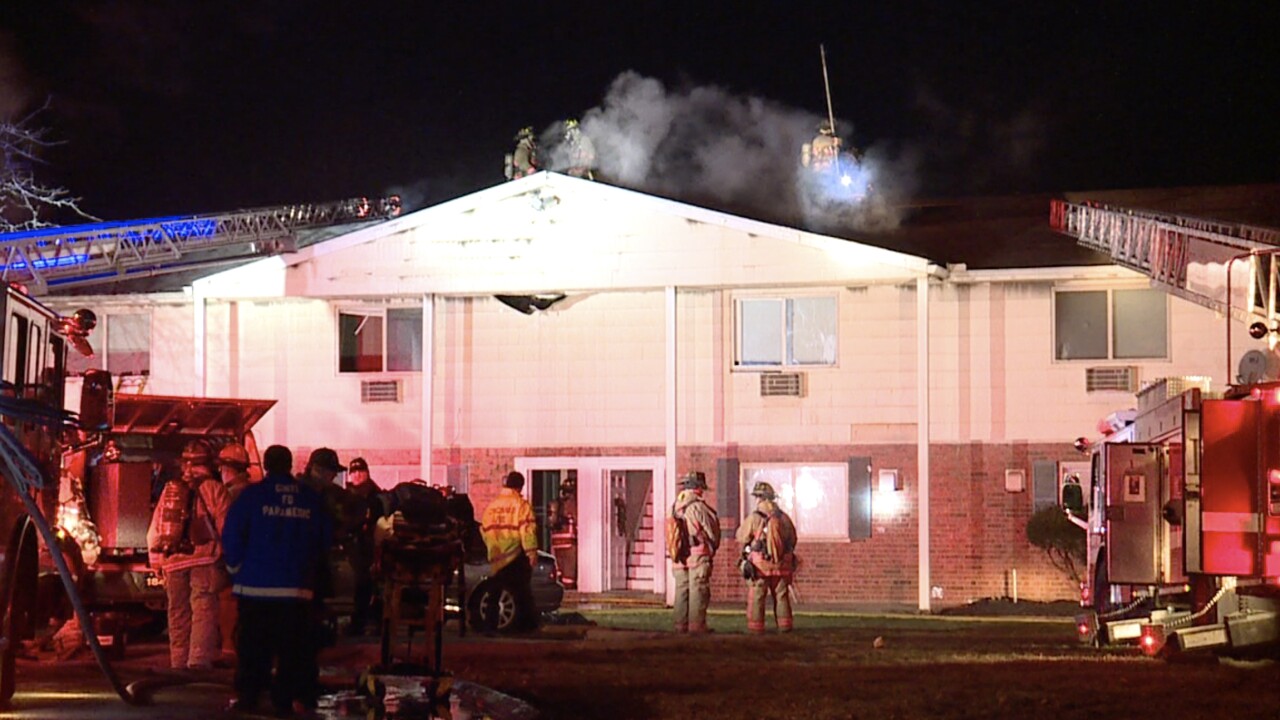 CINCINNATI — A child admitted to playing with matches, which caused a two-alarm apartment fire in Mt. Airy Tuesday evening, displacing 30 people, according to fire officials.

Firefighters with the Cincinnati Fire Department responded to 5456 Bahama Terr. Tuesday around 8:30 p.m. for a fire. When they arrived, one apartment on the second floor was on fire.

The fire spread to the attic from the initial apartment, and firefighters called a second alarm to help put it out.

"We had difficulty with the fire itself because it had already accessed the attic area, which is a common area through half the building," Fire Chief Rob McWilliams said. "It was first putting out the fire, then the apartment fire, then accessing the attic to keep it from trying to burn down the whole roof."

After the fire was out, fire officials said a child admitted to playing with matches, causing the fire.

No one was injured from the fire, but 13 adults and 17 children were displaced from their homes because of the fire.