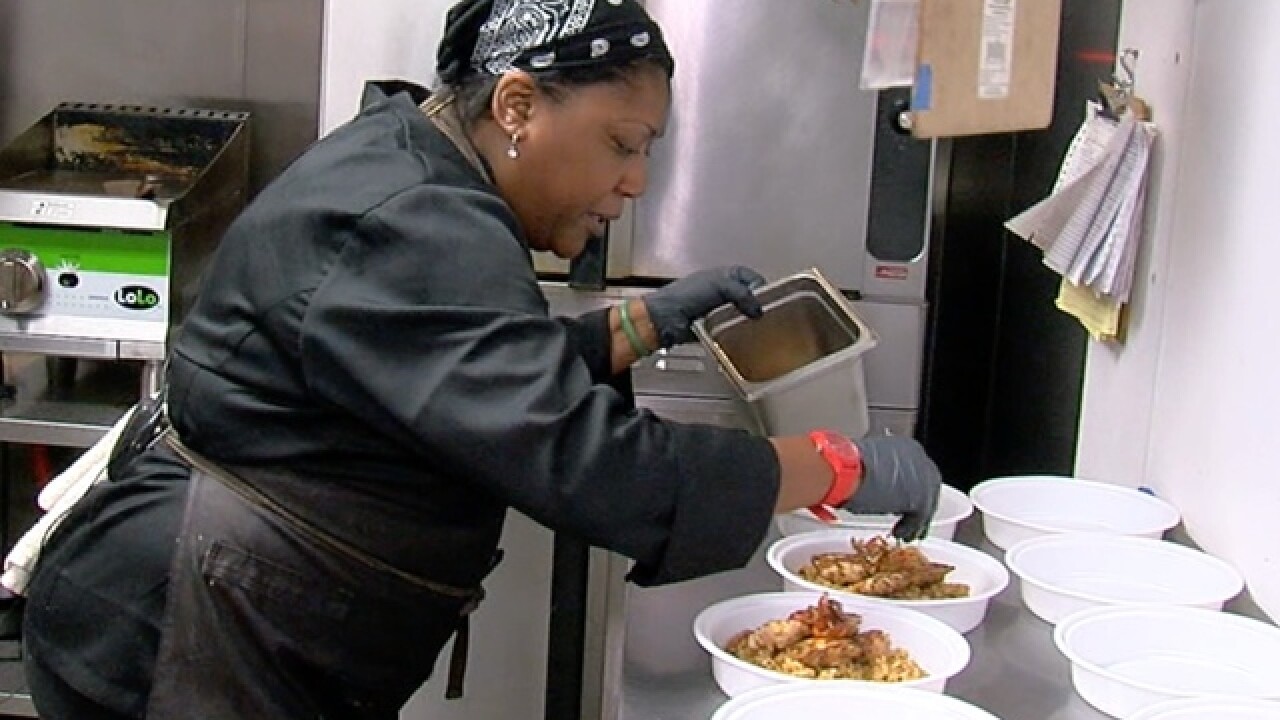 CINCINNATI -- Kymberly Wilbon is the head coach of her kitchen. The Cincinnati native calls all the cooking shots at her business, The Passion Plate.

Cooking at her pod at Findlay Kitchen, Wilbon figures out which flavors work for her customers and which ones get sidelined.

On top of that pressure, Wilbon is also responsible for fueling players in another big game: Cincinnati Bengals football.

Wilbon is a personal chef to more than half a dozen Bengals players. She said football fans take her job very seriously.

Just like players have to be quick on their feet, Wilbon has to keep her eye on the clock. Food is a high priority leading up to game day. She drops off meals at Paul Brown Stadium by late morning to players like defensive end Carlos Dunlap.

"It just gives me the energy to get ready for practice, game whatever it is," Dunlap said. "With the healthier, cleaner ingredients it's easier for your body to break it down and turn it into fuel you need to perform."

One athlete may need help bulking up. Another may be trying to maintain a lean body. And like any chef, Wilbon said she has to keep track of players' food allergies as well.

Wilbon's only constant is preparing healthy and tasty meals.

"Always knowing it's gonna be healthy and delicious is another thing you don't have to worry about," said Bengals defensive end Sam Hubbard. "And it helps you perform better on Sundays."

So what are Wilbon's secrets?

"You don't need a lot of seasoning or a lot of ingredients when your product is fresh and you know where it's from," Wilbon said.

Dunlap said it was Wilbon's cooking that finally got him to eat vegetables.

"The way she cooks, she puts that extra seasoning, extra love into it so it doesn't taste like regular greens straight out of the ground," Dunlap said.

Her second tip? When you're cranking out lunches and dinners for professional athletes plus regular clients, you must have a backup plan. Always have an extra veggie on hand in case you run low.

How about her mashed potatoes that don't have any cream or butter? Wilbon said she uses grapeseed oil!

When players don't like one of her meals, Wilbon said they'll text her, but it doesn't happen often. When it does, Wilbon said it makes her a better personal chef.

Wilbon shared her recipe for one of her favorite dishes: Jerk Chicken with Raw Honey, Sweet Potatoes. You can find a printable version of the recipe here.