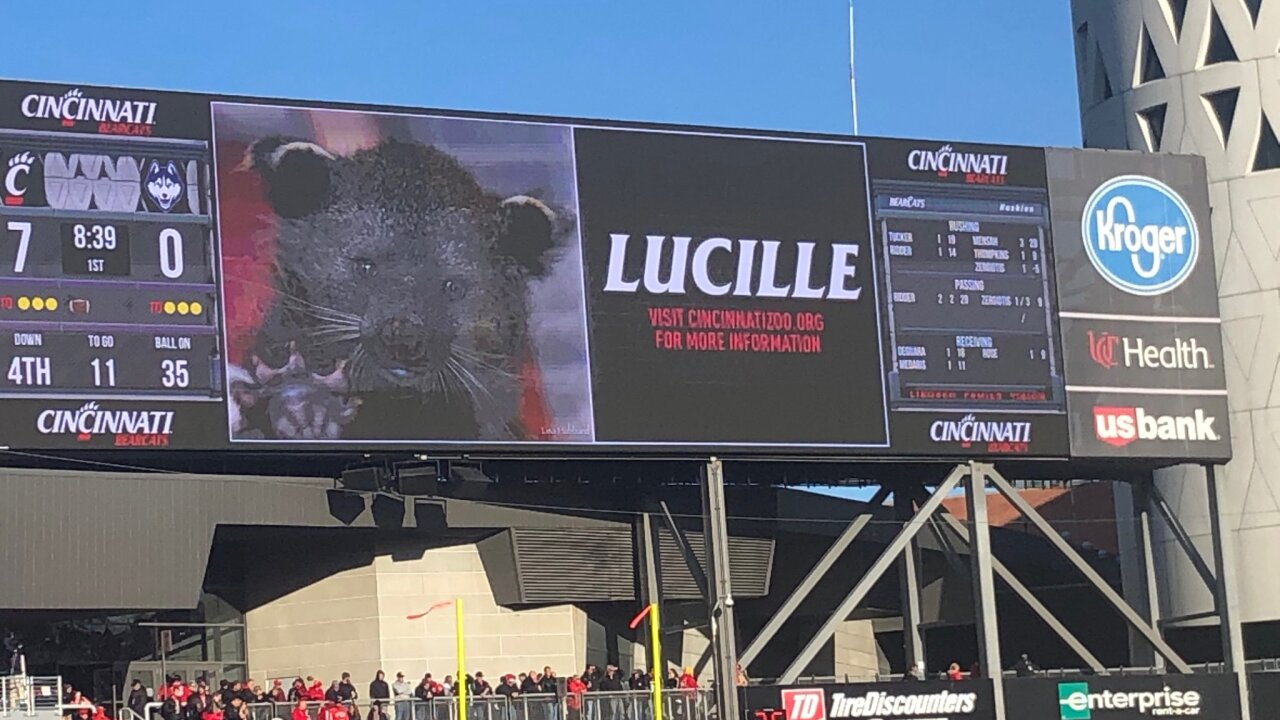 Copyright 2019 Scripps Media, Inc. All rights reserved. This material may not be published, broadcast, rewritten, or redistributed.
Kristen Swilley
University of Cincinnati announced the name of its new mascot, a baby bearcat named Lucille, at Saturday’s homecoming football game at Nippert Stadium. The Cincinnati Zoo and Botanical Garden partnered with UC last month to ask fans across Cincinnati to help name the baby bearcat, also known as a binturong.

Our new baby bearcat (binturong) has a name! Say hello to Lucille! Stop by and visit Lucille in the Children’s Zoo! When Lucille gets older she will attend some of the UC Bearcats games as an animal ambassador and will get to educate fans about her amazing species. @uofcincy pic.twitter.com/bgTwksGcpc

Lucille was born at the Nashville Zoo, and she'll be 20 pounds when she's all grown up. She joins a prodigious line of live UC mascots, including Lucy, who is enjoying retirement at the zoo.

Bearcat fans can expect to see Lucille at basketball games as she gets older, zoo officials say.

“We’re hoping as we get into the beginning of the basketball season, she’ll be able to come out to Fifth Third Arena for games as Lucy did before,” Zoo Director Thane Maynard said last month.

You can see Lucille now at the Children's Zoo and as part of the zoo's animal ambassador program.

So if Lady Victory has a first name, let it be Lucille.