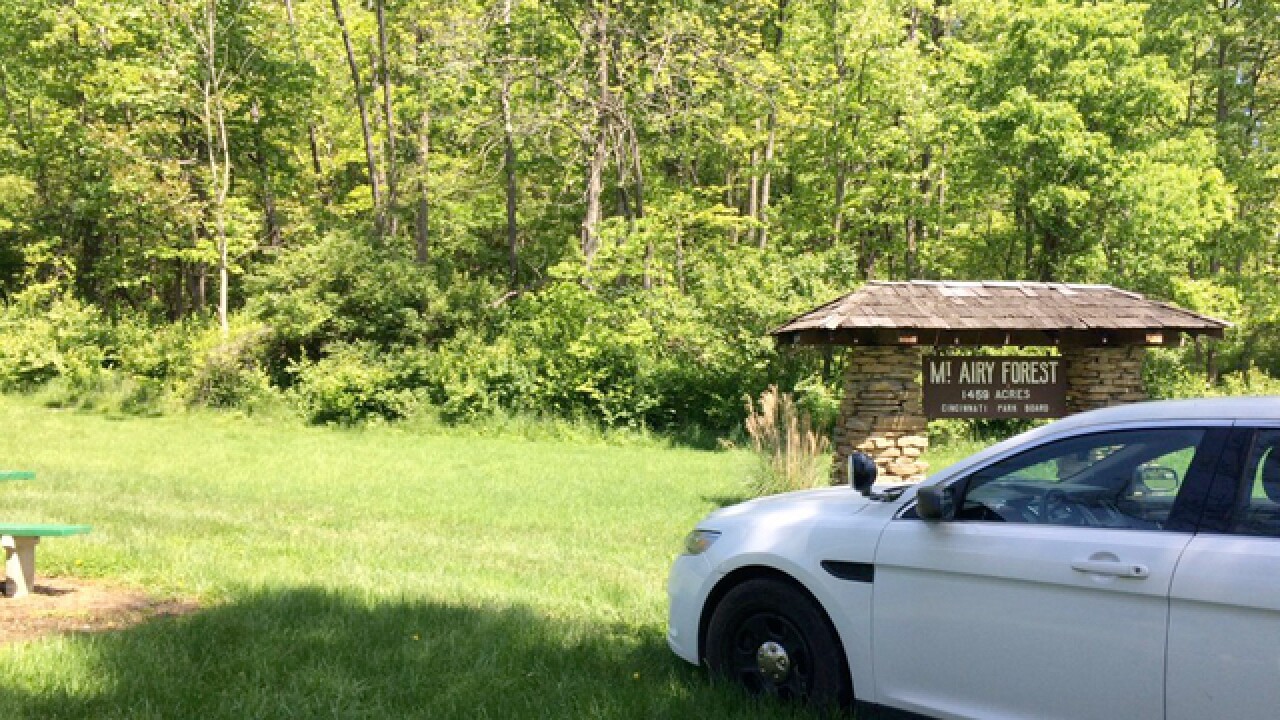 CINCINNATI – A man wanted in connection to the death of a woman was found dead in Mount Airy Forest Wednesday morning after he shot himself, police said.

Police later found Boyajian’s car near Mount Airy Forest and searched the area with dogs for hours, but didn’t immediately turn up Swecker. He was believed to be armed.

Swecker was later found on a steep embankment near the 2100 block of West Fork Road, according to police. A gun was also recovered.

Family members told police Swecker was familiar with the woods and the place where he was found.

"He was a person of interest in her homicide, and I do know that our Homicide Unit is not seeking any other suspects in this case," Lt. Steve Saunders said.

Police haven't specified what relationship, if any, there was between Boyajian and Swecker.

Police asked that anyone with information about Boyajian's death call Crime Stoppers at 513-352-3040 or text “CINTIP” plus the message to CRIMES (274637). Tipsters can remain anonymous.