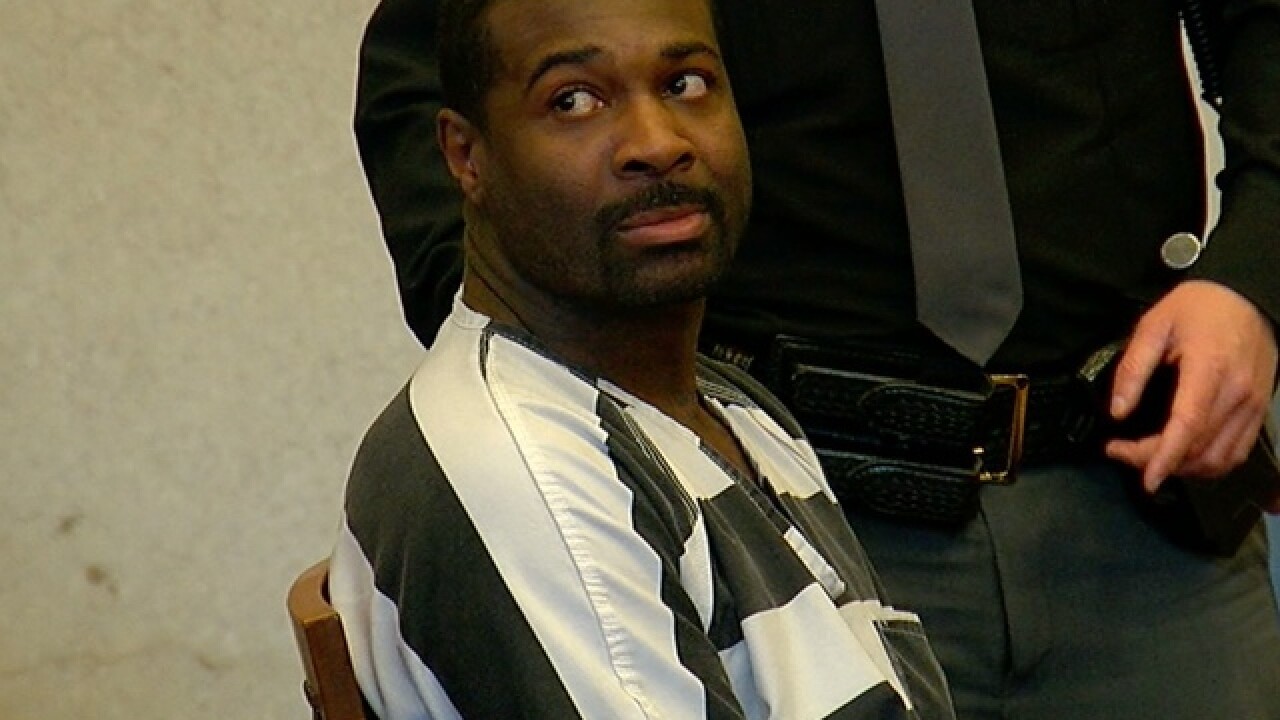 Copyright 2018 Scripps Media, Inc. All rights reserved. This material may not be published, broadcast, rewritten, or redistributed.
WCPO
<p>Lucien Lanier, who is charged with felonious assault, in court ahead of his February trial -- Nov. 19, 2018</p>

CINCINNATI -- The man accused of attacking an Over-the-Rhine bar manager will not stand trial until 2019. When he does stand trial he’ll be wearing a stun cuff, a judge decided Monday.

The trial for Lucien Lanier, who is charged with felonious assault, is scheduled for Feb. 19. Lanier is accused of punching Japp’s bar manager Jen Watts so hard in the face that she cracked her skull on the pavement near a parking lot on Sycamore Street. Watts had to have brain surgery after the attack in June.

Police describe the attack as “unprovoked and unwarranted,” in court documents.

Also on Monday, Common Pleas Court Judge Patrick Dinkelacker granted a state motion requiring Lanier to wear a stun cuff during his appearances in court. The device, controlled by a deputy, delivers an electric shock if Lanier acts up.

The prosecution argued the stun cuff is necessary in this case citing past behavior by Lanier in courtrooms -- specifically an incident in 2014. Lanier, who was a spectator and not the defendant, jumped toward a victim’s family injuring two deputies, prosecutors said.

Hamilton County Assistant Prosecutor Anne Flanagan, who was prosecuting the case, testified about what she saw four years ago.

“I could feel him rushing toward us and I was right there,” Flanagan said. “He literally stepped on my foot but he was stepping on my foot in the process of launching himself at this family member.”

Lanier’s defense attorney argued a stun cuff was not justified in this case because there’s not enough evidence proving her client needs to be further restrained. She argued that stun cuffs are most often reserved for death penalty cases.

RELATED: Japp's bar manager who was attacked in OTR will have to wait for case to proceed

Dinkelacker sided with the prosecution.

Lanier faces two to eight years in prison for the felonious assault charge if convicted. He could face additional time in prison for a probation violation.