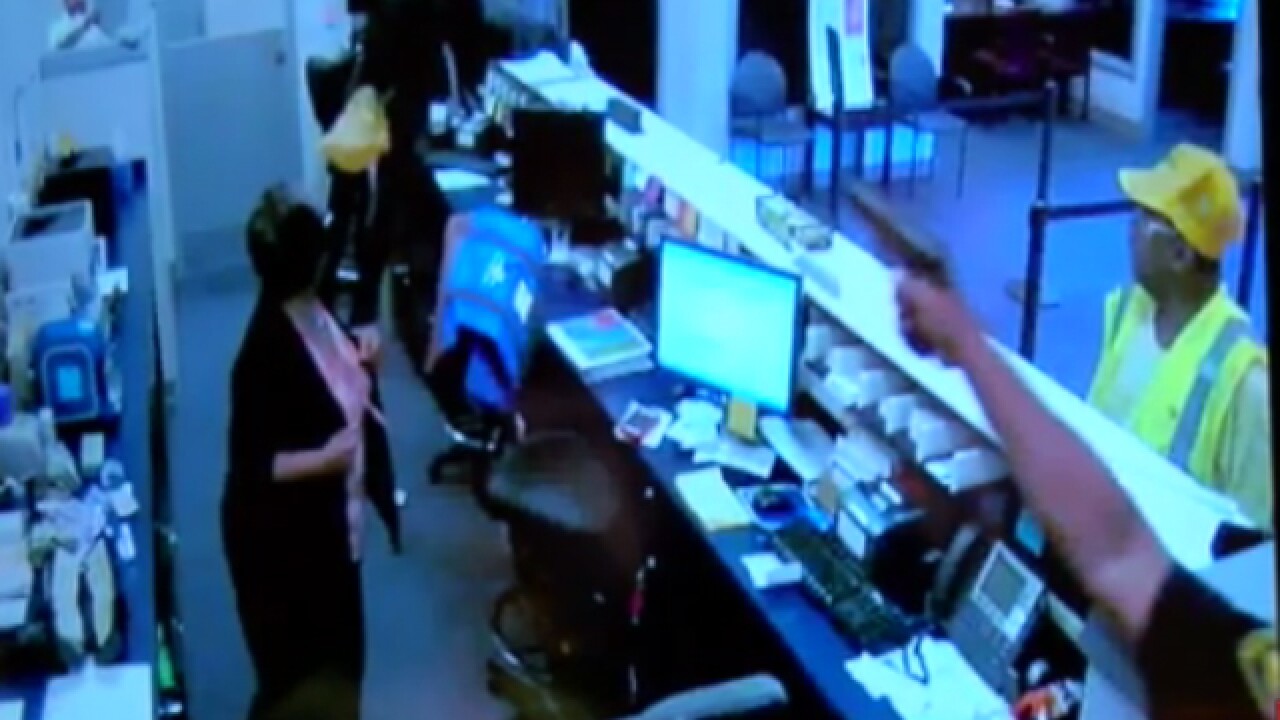 <p>Surveillance video from May 24, 2016 in a Madisonville bank shows an off-duty police officer draw his weapon as a robbery suspect leaps over the counter toward a nearby teller. The officer shot and fatally wounded the suspect, who by then was fleeing the scene. (Provided)</p> The video — which you can watch in the player below — shows off-duty Off. Kevin Hankerson reacting quickly after suspect, 20-year-old Terry Frost, leaps over the teller counter, seemingly pointing a gun toward a nearby teller. Frost is seen stumbling as he runs after being shot by Hankerson from behind.

Warning: Some may find the contents of this video disturbing.

Hamilton County Prosecutor Joe Deters called Hankerson's actions "absolutely justified," and said during a news conference Friday that he would not be taking the case to a grand jury. Cincinnati Police Chief Eliot Isaac agreed, saying, "The officer responded according to the threat that was presented to him."