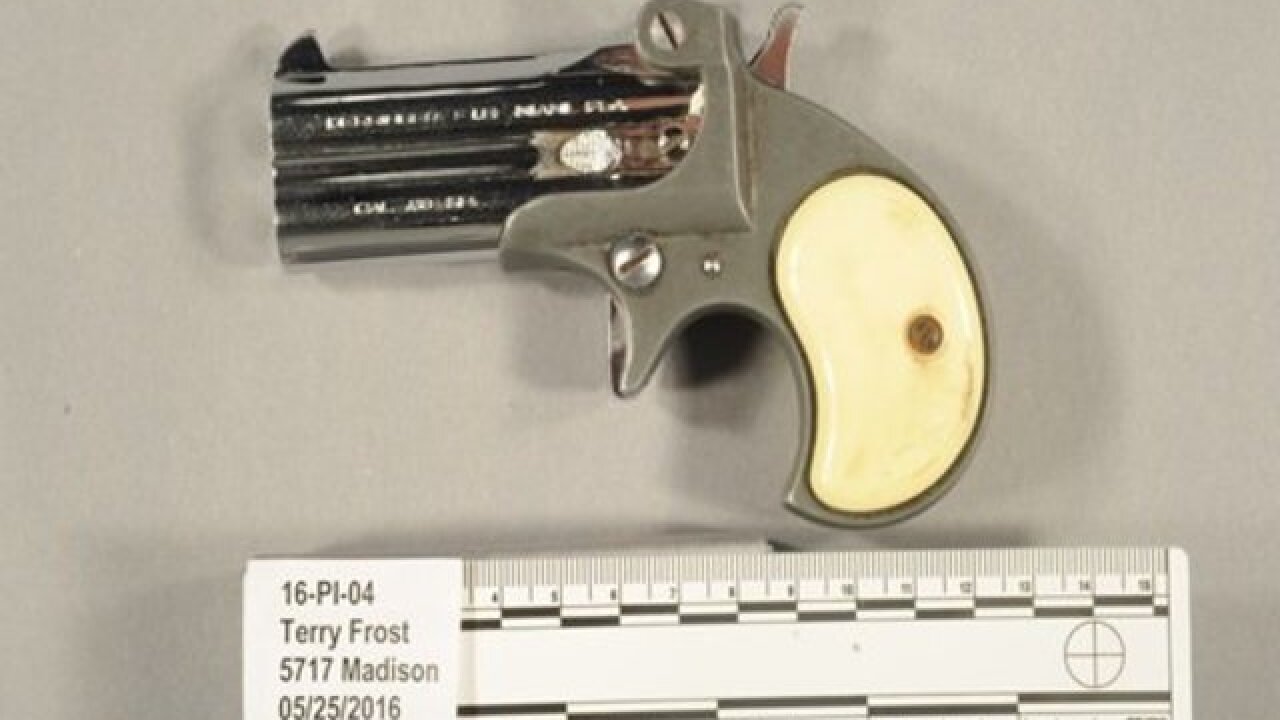 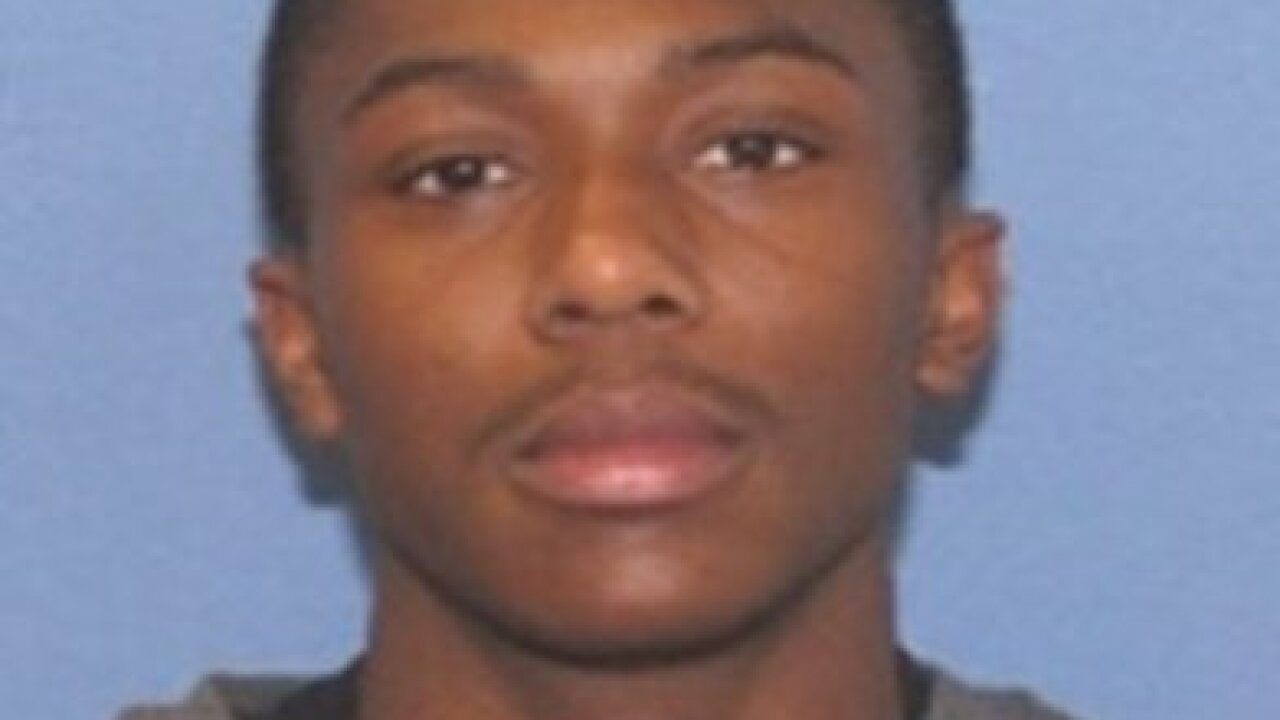 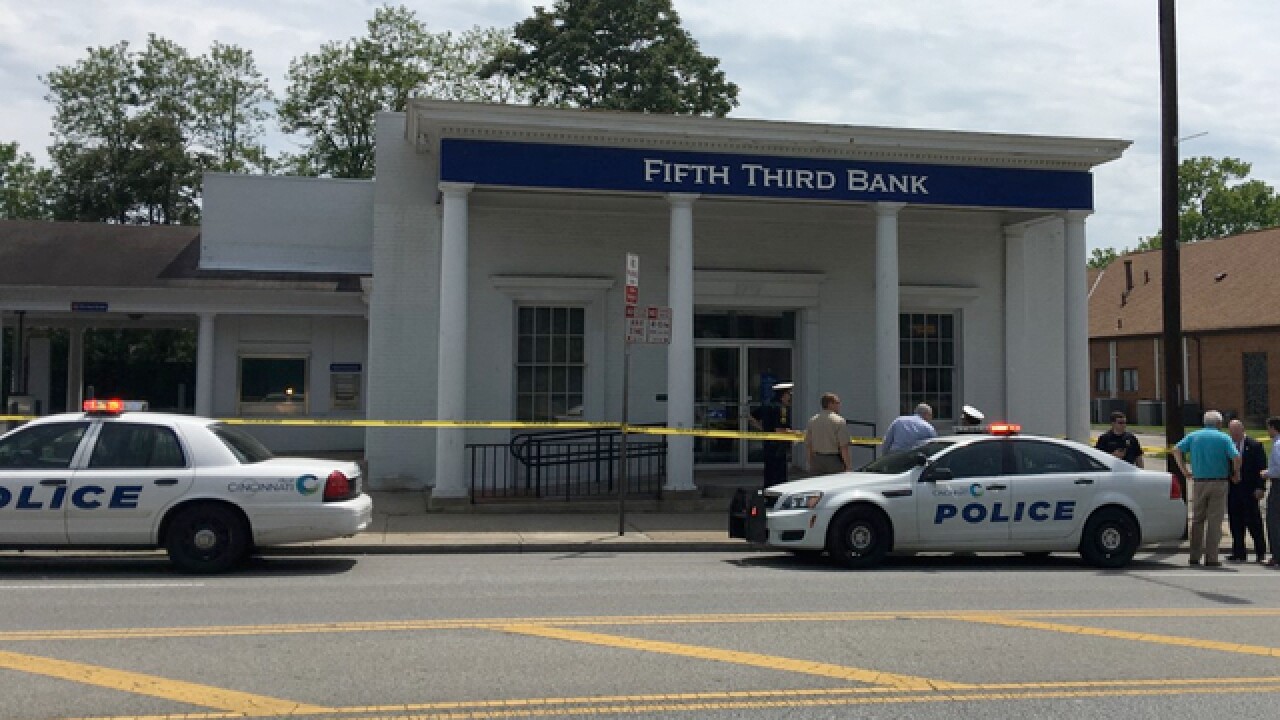 The attempted bank robbery happened at the Fifth Third Bank on Madison Road near Ebersole Avenue at about 2:20 p.m. Terry Frost III, 20, entered the bank wearing a mask and hood, as well as a plastic grocery bag over his hand, Isaac said. Frost immediately vaulted over the counter.

An off-duty officer who was working for the bank, Kevin Hankerson, drew his gun. Frost pointed his covered hand at Hankerson, who pushed a teller out of the way and fired twice as Frost leaped back over the counter and ran out the door, Isaac said.

"Anytime this happens, we regret the loss of life, but officers are there to protect, and I think that’s precisely what this officer did," Isaac said.

Watch the full video of the news conference below:

Frost continued to run after being shot, the chief said. Police established a perimeter and searched the area. Officers found Frost in a wooded area off Ebersole Avenue.

Police recovered a .38 caliber handgun from the bag Frost dropped as he ran. A “primer strike” on a bullet in the gun indicated that the trigger was pulled, but it did not fire, Isaac said.

Frost's family members said they were surprised that the Withrow High School graduate and father of a 2-year-old would try to rob a bank.

"I have seen kids ... and went to their funerals because of stuff like that, and it hurts because I never did think I'd be looking at one of mine," Frost's grandfather, Terry Frost Sr., said.

He said his grandson was a good person who made a "bad choice" and he didn't believe the shooting was justified.

"I know he made a bad choice, but he didn't have to die for that," Frost Sr. said.

Hankerson, 54, has been with the Cincinnati Police Department since 1997. The chief said he believed this was Hankerson's first officer-involved shooting case.

Mayor John Cranley expressed regret over the loss of life, but also support for Hankerson.

Mayor Cranley-- "Our officers have a tough job, and they have to make split decisions to help save a...life." @WCPO pic.twitter.com/qRG1jyxquK

No one else in the bank was injured.

The case is still under investigation. Isaac said there was video from inside the bank which was being reviewed the prosecutor's office. It may be released Friday.

MORE: Madisonville shooting is the third fatal officer-involved shooting in Cincinnati this year

Thom Dumford, who lives in an apartment building nearby, said he saw Frost run down Ebersole and into some brush off the street.

"Saw a couple of cruisers kind of running back and forth, and I went down and I asked the police officers if they were looking for a guy in a black hoodie," Dumford said. "He said, 'Yeah,' and I said, 'He’s right there in those bushes.'”

Watch what Isaac and Sammarco had to say:

MORE: How Cincinnati police officers are trained to use deadly force

"We are here. We care," Hill said. "There are resources out here before you feel that desperate that you are willing to take a chance that's possibly going to lose your life."

The Rev. Peterson Mingo echoed that sentiment Thursday: "Whatever it is that caused you to be in this situation, you can outlive the disgrace, you can outlive your criminal record. And all you have to do is give us an opportunity to help you."

Mingo suggested those looking for help could turn to Cincinnati Works, CeaseFire Cincinnati, Nehemiah Manufacturing and the Hamilton County Office of Reentry.