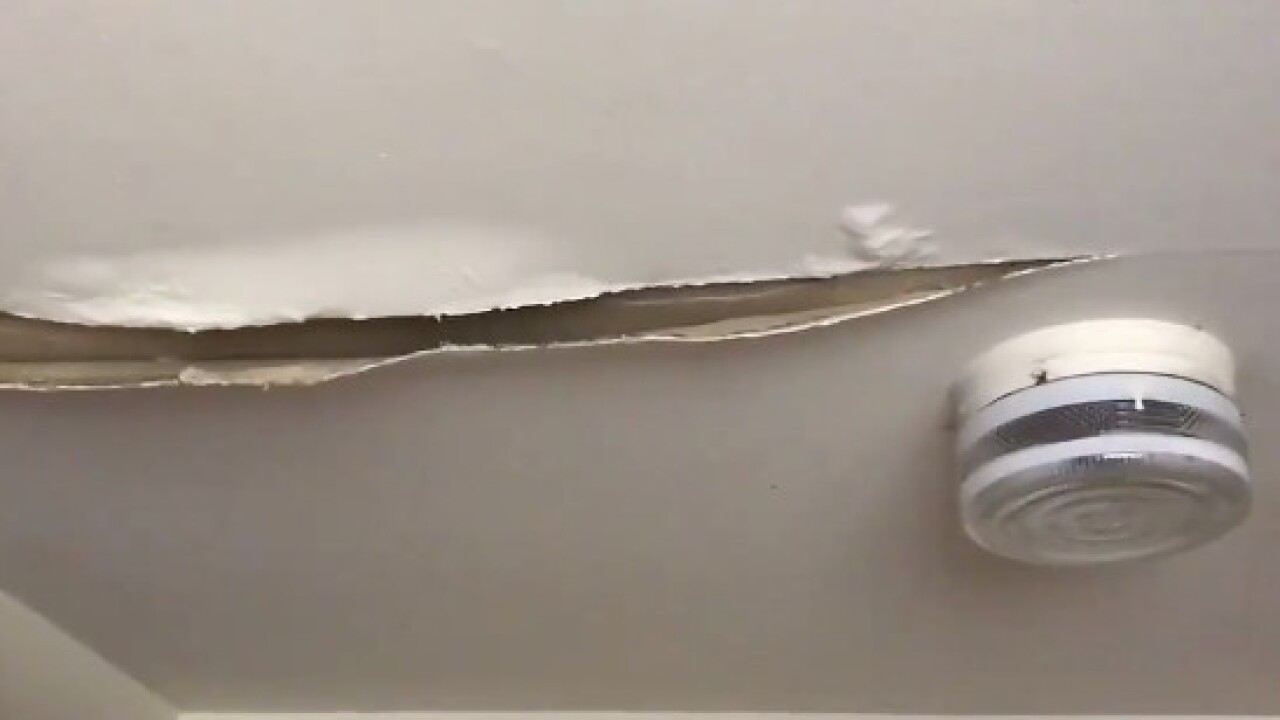 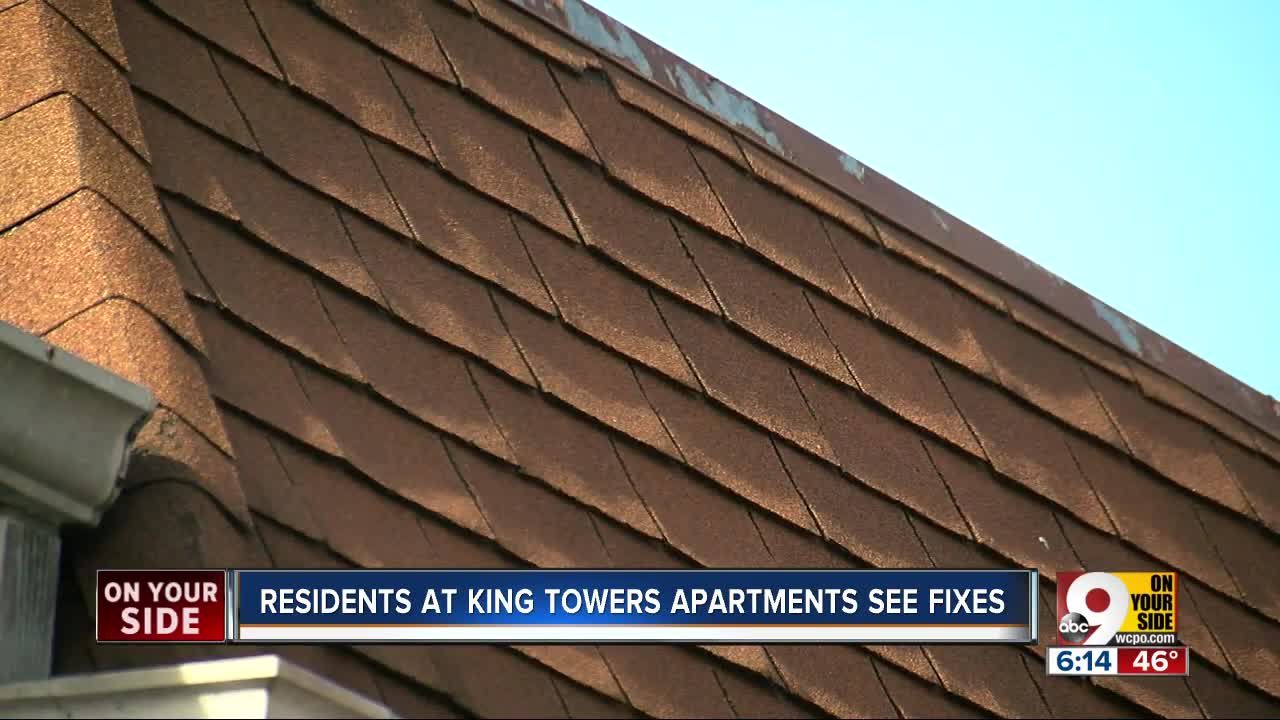 CINCINNATI — In October, residents of the King Towers Apartments in in Madisonville were awash in leaky ceilings, water damage and even electrical devices filled with rain water. Repairs have come slowly, but as the holiday season has approached, many residents reported their homes are finally fixed.

"We spend a lot of time in the kitchen," said Bianca Benton, who lives in the apartment building. "It was frustrating to try to cook when it was leaking. But it's fixed now, so it's better."

Management for the property said they took every step they could, including putting residents into a hotel while they worked to fix the issues.

Issues with the roof meant heavy rains poured in, causing peeling paint, pools of water on the carpet and water-filled electrical outlets and lights.

In August, Kahdijah Pennington's top floor apartment saw serious damage when part of her ceiling caved in just feet from her sleeping baby.

"We learned the issue of the roof was over time," said Charles Tassell, managing member of King Towers Apartments. "Because you're waiting to see if it's rain, but you found out it's raccoons digging more holes."

Tassell said he believes the damage has been fixed for anyone experiencing major issues, but WCPO is still communicating with residents to determine if this is the case.

King Towers made major news in 2015. The building next to Benton’s and Axle’s was where Cincinnati firefighter Daryl Gordon died while helping rescue residents during a fire.