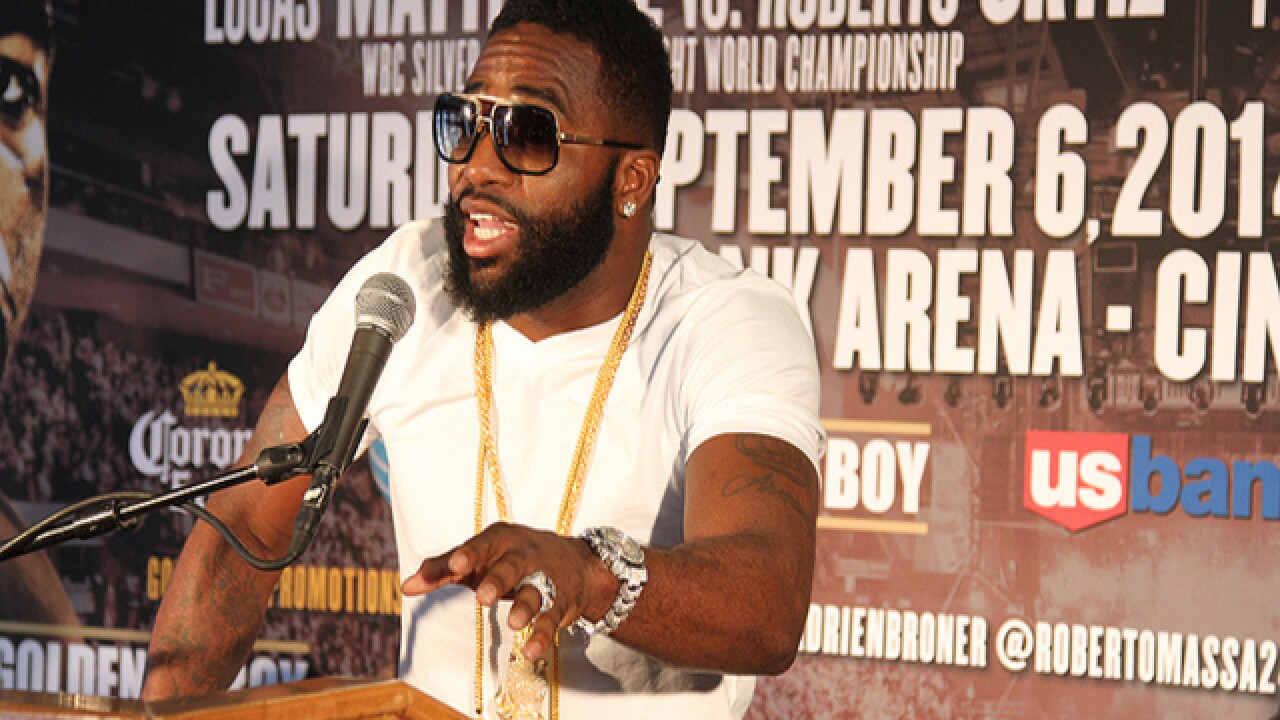 CINCINNATI -- A West Chester Township man alleges Adrien Broner beat him up in the parking lot of a Cincinnati bowling alley after the boxing star lost thousands of dollars to him on bets over the course of an evening, according to a lawsuit filed last month in Hamilton County Common Pleas Court.

Carson said he'd first met Broner about two years ago, and they'd sometimes take part in "team bowling" session at Madison Bowl. When they were bowling Jan. 20, the lawsuit states, the men wagered between $500 and $2,000 on some head-to-head games. Carson alleges he'd won about $8,000 from Broner in cash, and another $6,000 from him on credit.

In the early-morning hours of Jan. 21, Broner tried to get Carson to bet $6,000 on one last match, the lawsuit states. Broner got angry and left when Carson only agreed to a maximum of $3,000.

In the lawsuit, filed Feb. 5, Carson is seeking compensatory damages in excess of $250,000, as well as damages for pain, distress and mental anguish, punitive damages and attorney's fees.