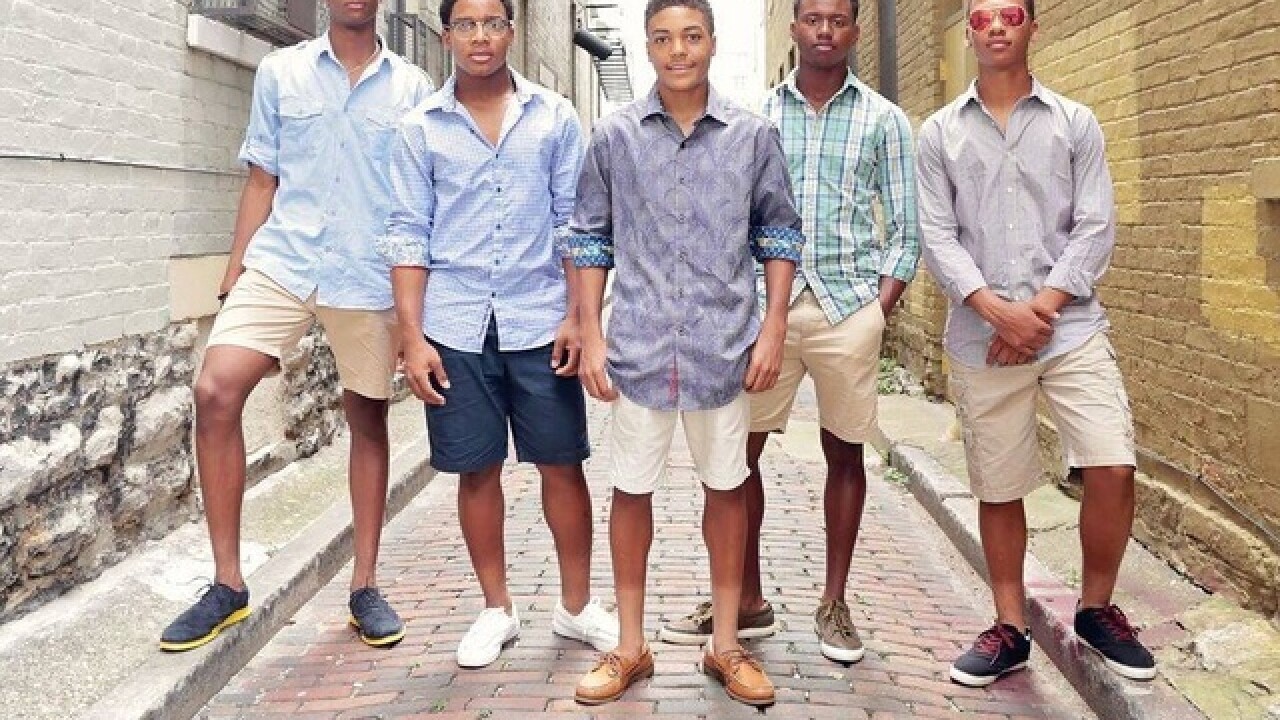 CINCINNATI -- The local teenagers who set out to give sneakers to kids in need will be honored Monday in the memory of Dr. Martin Luther King Jr.

Five high school students, all members of Sole Bros Inc., is one of six community group to be honored at the "Keep the Dream Alive" awards ceremony Monday at the Church of the Resurrection, according to a news release by the organization.

In 2015, the Sole Bros began collecting new and gently used sneakers. Since then, the teens have shipped almost 3,000 pairs of shoes to kids all over the world. Specifically, shoes were sent to needy kids in Montego Bay and Kingston, Jamacia; the Volta Region of Ghana; and Houston and Beaumont, Texas.

Below: Watch a past WCPO story about the organization

Members of the group attend all different high schools -- public and private -- throughout the Tri-state. Breiland Anderson attends Lakota West High School; Spencer Boyd II and Curtis both attend the Seven Hills School; Kellen Newman attends St. Xavier; and Eric Thompson Jr. attends La Salle. All of the boys are 15-year-old sophomores in high school, according to the group's website.

“I love to collect Jordans and stuff like that, so I just wanted other people to feel that same pride and self worth as we do when we put on a new pair of shoes," Harrison, one of the group's founders, said.

A partnership with DHL allows the Sole Bros to ship shoes across the globe for free.

“Finding joy and happiness in life and so much love in a pair of shoes -- it’s just a great feeling,” Boyd said.

The awards ceremony begins at 3 p.m. at the Church of Resurrection on California Avenue.

"Dr. King's commitment to improving the lives of others always called for action. In eighth grade, we took action," Boyd said in a Facebook post. "We saw a problem and made a plan. We did something about it. We could have blogged about it, talked about it, just prayed about it, but we decided to be about it."