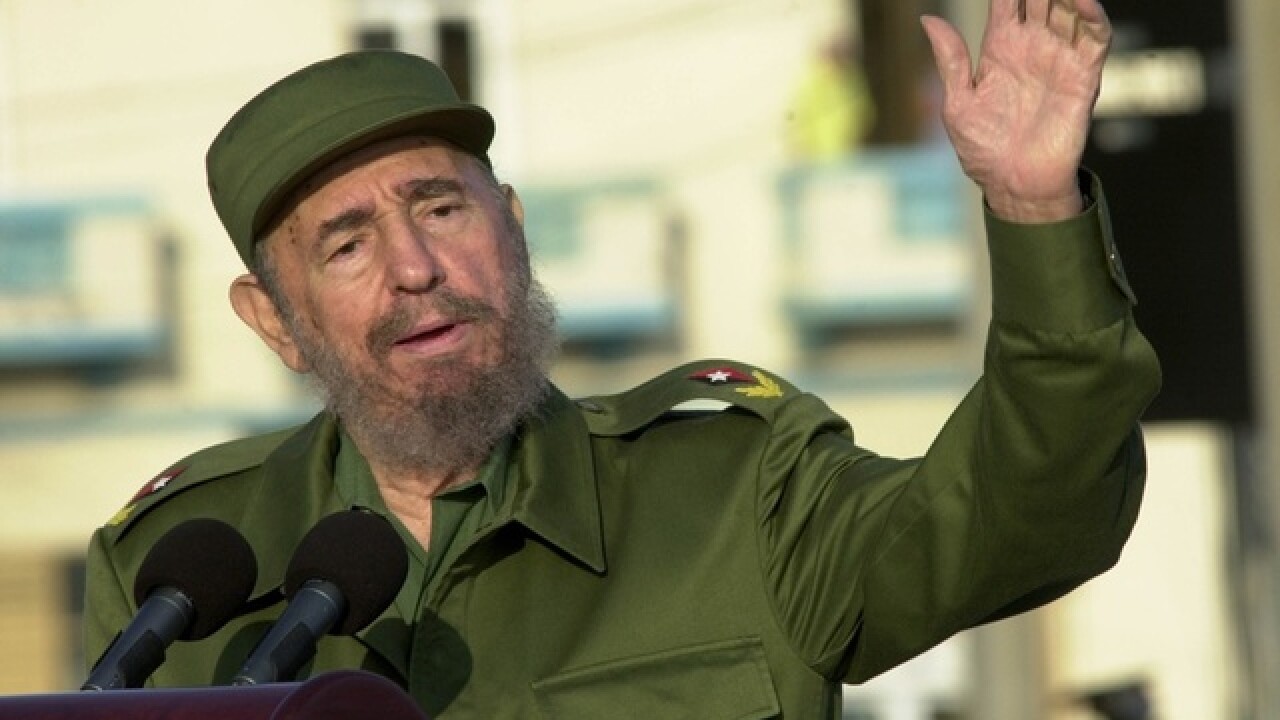 CINCINNATI -- Former Cuban president Fidel Castro, who embraced Soviet-style communism and defied the power of 10 U.S. presidents during his half-century rule, died Friday at the age of 90.

Some loved him, others feared him, but some local experts say Castro’s death marks a significant moment and may change U.S. relations with Cuba.

Castro, born in 1926, was an activist for the poor who promised democracy, but he went on to rule Cuba for 40 years with an iron fist. His support for the Soviet Union soiled U.S. ties with Cuba, and he put an embargo on goods and services.

Tom Hayes, dean of the College of Business at Xavier University, said Castro’s death may ease some of the tension between the two countries.

"With his passing, our government would be even more willing to open up relations with Cuba,” Hayes said. “The worst part of the blockade would easily be the impact on the people."

Castro’s brother, Raul, took over Cuba in 2006, and he tried to re-establish ties with the United States.

"Maybe this will open the door to relations a little bit closer because I think as long as, and to this day, people think as long as a Castro is in power they don't want to cooperate, but Raul has done a great deal to open up relations with the United States,” Hayes said.