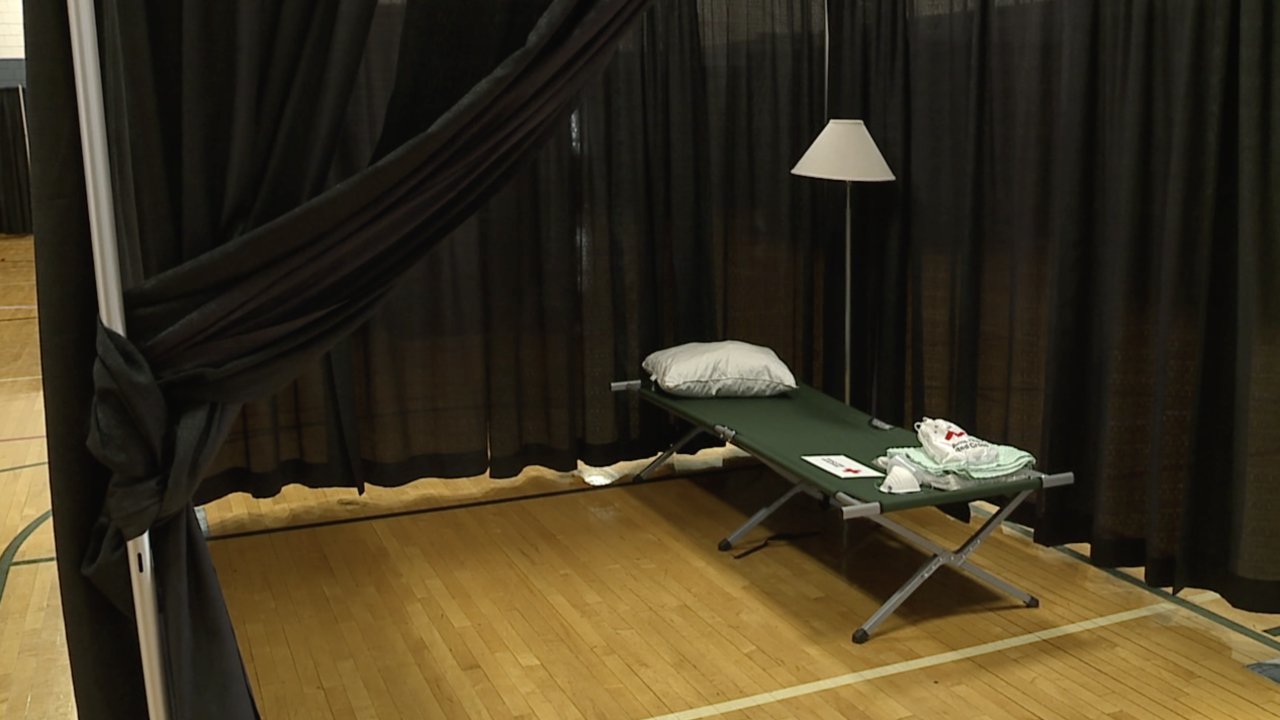 CINCINNATI — Mayor John Cranley announced Tuesday that the city, in an effort to reallocate resources and personnel, has converted the Over-the-Rhine recreation center to a temporary isolation shelter in anticipation of COVID-19's presence in Cincinnati.

All Cincinnati recreation centers have been shut down amid the pandemic as a precaution; City manager Patrick Duhaney said they have repurposed the OTR center specifically for people struggling with homelessness who present with symptoms indicative of COVID-19. Access to the beds requires a referral from a doctor or the Cincinnati Health Department.

The center will also be staffed by people previously employed as school nurses, since all schools in Ohio have been ordered to close.

Currently, it houses 10 beds all placed far apart from one another to comply with social distancing requirements, and surrounded by black curtains which, Duhaney said, were intended to help those staying within to maintain privacy and dignity as they traverse a very difficult situation. The rec center is also equipped with several showers for those staying inside to use.

Duhaney said the spaces are completely reserved for people who are both struggling with homelessness and presenting symptoms that require a quarantine.

"We stand ready with the rest of the city to continue to try and do the very best we can," said Daniel Betts, director of recreation with CRC.

Currently, there are still no confirmed cases within the city of Cincinnati or in Hamilton County, but Cranley said this decision was out of anticipation and caution.

"The whole point is that if we prepare after everyone starts getting sick, it's already too late," said Cranley. He said the rec center conversion is out of an abundance of caution, and was performed in partnership with the Cincinnati Coalition for the Homeless.

Betts said, since CRC has been a strong part of the Cincinnati community for so long, they were supportive when Cranley and Duhaney called on them to use the facilities. He said it's important for every city department to be operating with the city's most vulnerable in mind, whether they're seniors, young people or those finding themselves homeless.

"CRC stands ready to support you in any way we can," said Betts.

The 10-bed space took roughly four hours to set up, he added.

While this is currently the only Cincinnati Recreation Center to be converted into a makeshift shelter, Cranley said there are plenty of other recreational facilities throughout the city they can use if capacity for the OTR location becomes an issue.