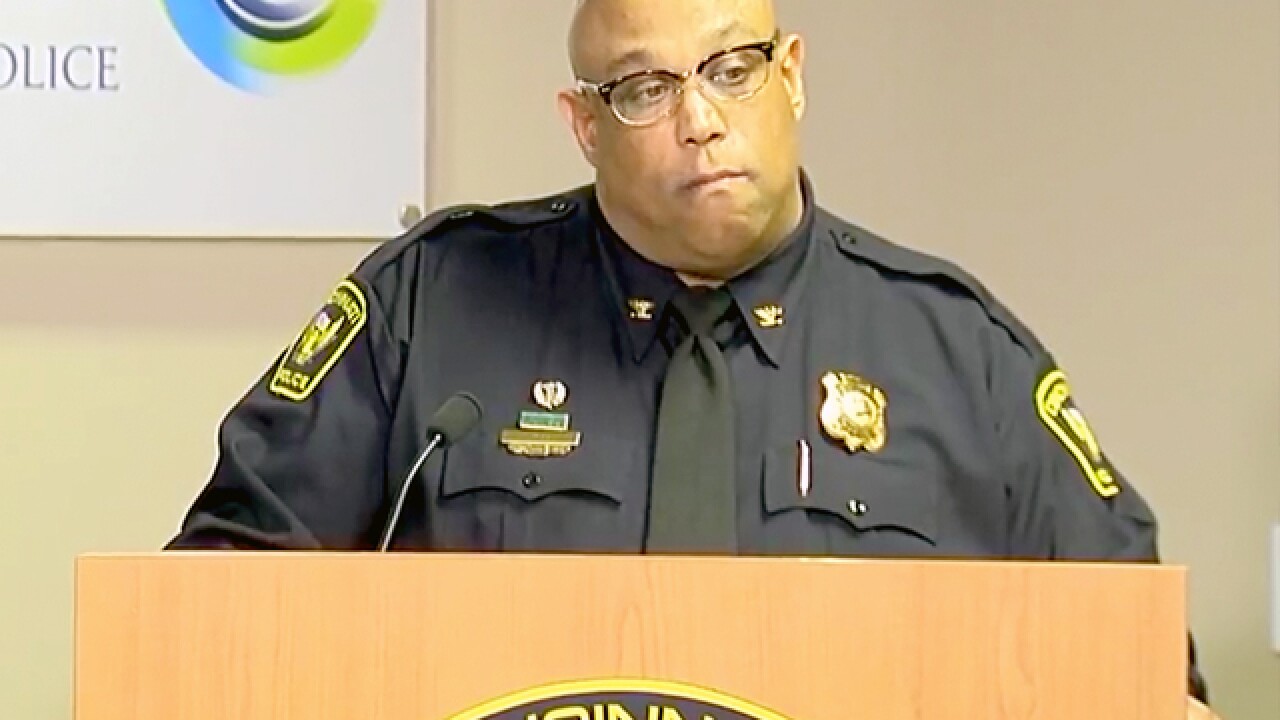 CINCINNATI -- The 911 operator who took the second call from Kyle Plush Tuesday afternoon has been placed on administrative leave because she didn't pass on the make, model or color of Plush's minivan to officers who responded, Police Chief Eliot Isaac said Thursday.

Plush, 16, was found dead in a minivan in the Seven Hills School parking lot Tuesday night. That afternoon, he had called 911 twice asking for help. During that second call, Plush said he was trapped in a gold Honda Odyssey in the Seven Hills School parking lot. But the responding officers never knew because the call taker, Amber Smith, never told them, according to Issac.

Isaac didn't share the names of the officers who responded or say what action they took at the scene.

At April 10th at 3:14pm a 911 call taker rcvd a call from Kyle Plush who stated they were struck in a van. At 3:21pm the incident was broadcast. Two @CincyPD officers responded at 3:26pm to patrol and investigate the incident. pic.twitter.com/7UNYfsABFf

Isaac said he has directed an internal investigation into the actions of everyone involved.

"This was a horrific tragedy," Issac said. "What I say is that we share in their heartbreak around this. Police officers, firefighters and even our emergency dispatch personnel, you get into this because you want to help."

Smith did press the tone to indicate she was having trouble on the line, Isaac said. Sgt. Eriz Franz said officials are also checking if 911 operations were affected by a move; operations moved from their temporary location at Spinney Field back to their normal location on Radcliff Drive on Tuesday.

"We have not done a formal interview with her to get all those answers. That will be coming," Isaac said. "She will be interviewed and we hope to get answers to all those questions."