Library board, protestors clash over future of Downtown library building 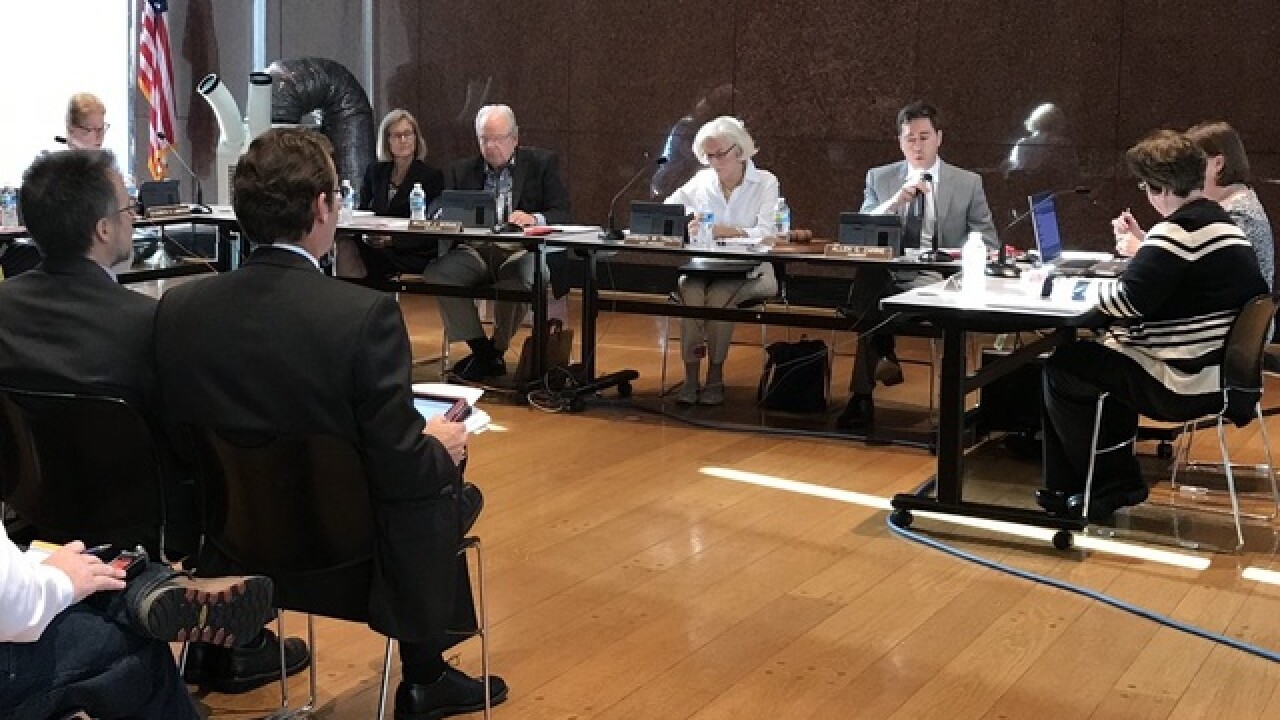 Copyright 2017 Scripps Media, Inc. All rights reserved. This material may not be published, broadcast, rewritten, or redistributed.
WCPO
<p>The library's board of trustees meets on Tuesday, Aug. 8.</p>

CINCINNATI -- About 20 protestors wanted their voices heard loud and clear in the typically quiet halls of the Public Library of Cincinnati and Hamilton County Tuesday morning.

Upset over the board of trustees' decision to shutter the library's north building, which primarily serves young people, members of Democratic Socialists for America started the protest outside then quickly confronted the board at their meeting inside.

"Our public space is under attack. What do we do? Stand up! Fight back!" protestors chanted. "What's disgusting? Library busting!"

Board President Allen G. Zaring IV said no jobs or services are being removed and that board reports are available online the same day as their meetings.

Board meeting minutes from the June 13 meeting reveal a board committee recommended relocating all services to the south building, regardless of whether or not the north building is sold in the future.

"Consolidation makes the main library safer by reducing the monitoring footprint for security. It makes it more convenient for families to use by putting departments used by kids, teens and adults in one building," Zaring said.

The Democratic Socialists for America are having a town hall meeting at 6:30 p.m. Aug. 22nd in the main library's Huenefeld Tower Room, the same space where board members met Tuesday morning. They argue that's a better time for more of the public to attend.