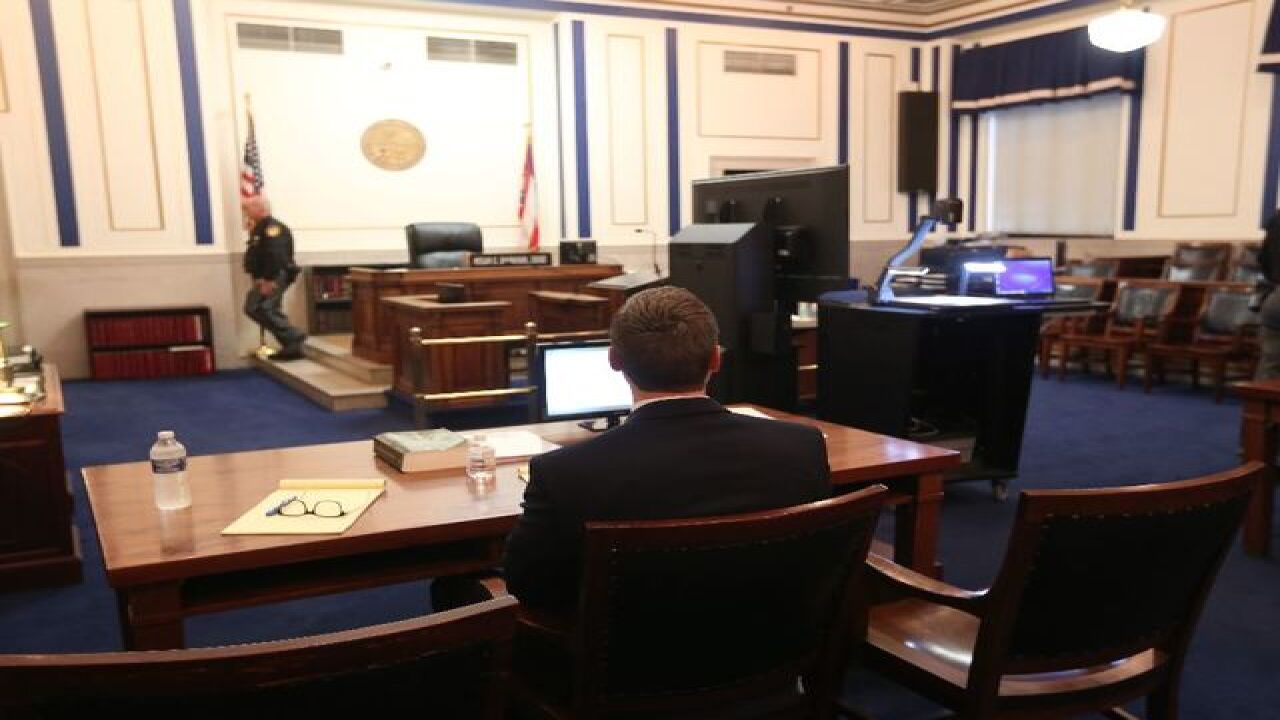 CINCINNATI –  Could Friday's surprising disruption in the Ray Tensing murder case lead to a mistrial?

We put the question to two local defense attorneys, Carl Lewis and Marty Pinales, and got conflicting answers.

Lewis called what happened in Judge Megan Shanahan's courtroom and chambers nothing short of "unprecedented."

"In my 31-plus years of practice I've never heard of it," Lewis said.

Out of fears for their privacy and safety, jurors reacted negatively Friday morning after Shanahan ordered their questionnaires released at the request of the Cincinnati Enquirer. One juror met with the judge after she called a short recess at 11:30 a.m., and testimony never resumed. It couldn't be determined if one or more jurors refused to come back or if Shanahan wanted time to try to appease them.

Seven to eight jurors told Shanahan's bailiff that they "fear for their well-being" if their identities become known, the judge said in a court entry Friday afternoon.

READ the entry below.

Everyone in the courthouse appeared to be caught off-guard, including Sam DuBose's family.

"I hope the jury feels safe," said Terina Allen, DuBose's sister. "I don't know what it's about. It's concerning. It makes me go all kinds of places of where they might be thinking about on verdicts, but maybe I'm just a little paranoid."

So we asked the two attorneys if this disruption could be grounds for a mistrial.

"The issue is whether the jurors can stay focused," Lewis said. "If they cannot stay focused, I would raise the issue of a mistrial on behalf of my client because the jurors are more concerned about their identity and safety and they're not paying attention to the evidence."

"No, I don't think so," said Pinales, "because Judge Shanahan, in a very well-written opinion, said you have a balancing act to do [with] the public's right to know, the media's right to report, and the security of the jurors, and she tells that to release this personal information on each juror could have an effect on each juror's personal well-being, and it could influence...how they decide the case, so with that in mind, she is redacting or covering over all the identifying personal information."

Pinales pointed out there are four alternate jurors in case some can no longer serve.

"I don't think that under these circumstance the judge will excuse a juror, but it will be an opportunity for the judge to explain to the juror, 'We've got your back.'"

The jury listened to more than two hours of testimony Friday morning before Shanahan called for a break. A high-ranking sheriff's official told WCPO that's when the juror went to Shanahan to say many were worried about the questionnaires becoming public.

One juror in #TensingTrial talking to Judge Shanahan in chambers on concerns of release of redacted jury questionnaires to Enquirer.@WCPO

Two hours later, Shanahan came back to the courtroom and recessed for the weekend. She also issued a gag order, prohibiting attorneys and the media from talking to each other. Shanahan did not immediately offer an explanation.

Later, the judge issued an order sealing the questionnaires. But soon after that, she said in the court entry that she would release the questionnaires after all, with jurors' names and personal information redacted.

She attached to her entry an affidavit by her bailiff, Timothy Noel. Noel wrote that jurors had expressed concerns to him about their names being released. One even asked if jurors' paychecks were public records.

Noel also said they worried about the questionnaires becoming public and said they contained personal information they did not want released.

In addition, "several jurors raised concerns about the potential they might be photographed or recorded on video," Noel said. Specifically, he said that:

> At least seven to eight jurors said they were afraid the pool video camera may have filmed them in the courtroom.

> Some were concerned about being photographed on last Monday's visit to the street where Tensing, a former UC police officer, has admitted shooting DuBose during a traffic stop in 2015.

> A juror asked Noel if he was monitoring the courtroom livestream to make sure no jurors were being.

The judge's entry gave counsel for the state, Tensing and the media until 4 p.m. Monday to request a hearing on her decision.

Once the turmoil took over the courtroom, The Enquirer tweeted at 1:18 p.m. that it had withdrawn its request.

We have withdrawn our public record request for juror survey information in the #TensingTrial.

WCPO and WLWT's requests for the redacted documents were not withdrawn.

Before jury selection, more than 230 prospective jurors filled out a 25-page questionnaire. It asked if they are Democrat or Republican and their opinions about the police and Black Lives Matter, among other things.

On the first day in court, Shanahan acknowledged that many of them wrote in the questionnaire that they were worried about their privacy and safety. Shanahan promised the jury pool to keep their identities secret and ordered the media not to photograph them, even though most news outlets refrain on their own in any trial. She threatened to kick out media outlets if they took any photos or video that even accidentally showed prospective jurors.

When the jurors went to Mount Auburn to survey the shooting scene, Shanahan made sure they stayed in the sheriff's vans and that the vans' windows were tinted enough to hide the jurors' faces from any cameras.

But police guarding the jurors on their trip could not have prevented residents or anyone else on the street from taking their pictures and posting them to social media.

There are two blacks and 10 whites on the 12-person jury. The breakdown: two black women, four white women and six white men. All four alternates are white women.

Shanahan said the trial would resume at 9 a.m. Monday. It isn't known if any jurors will be replaced by alternates.