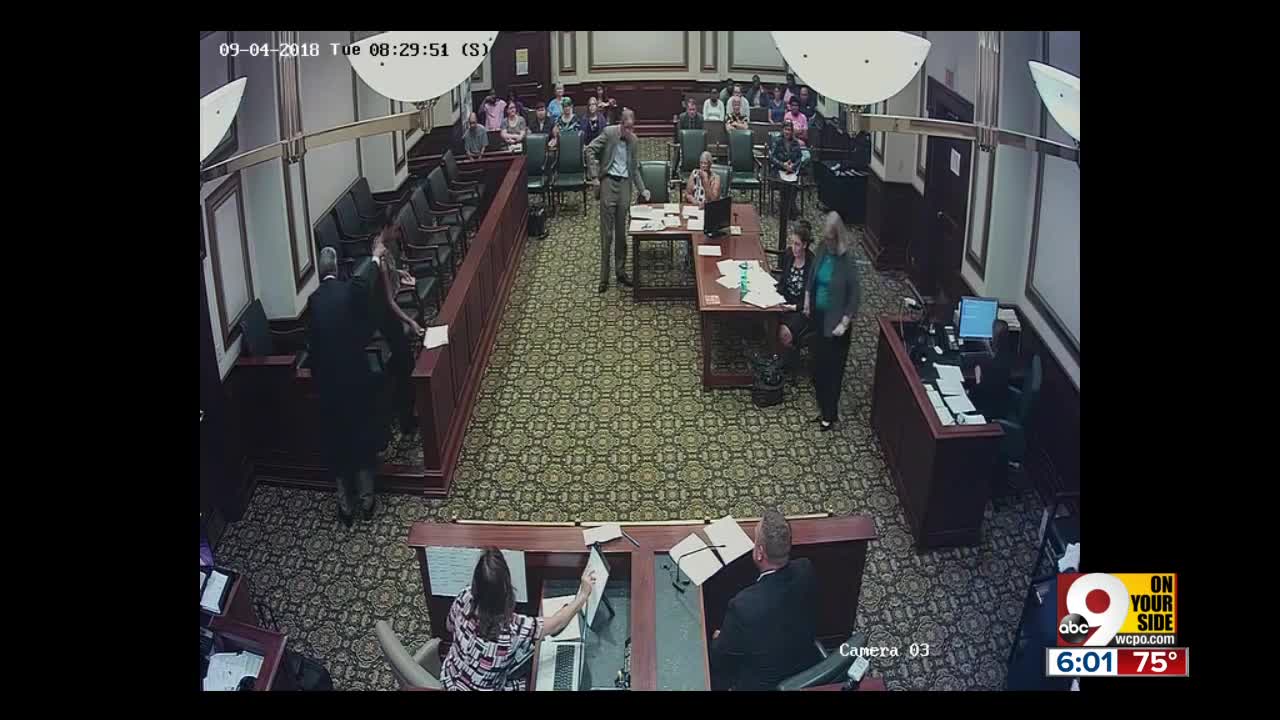 A Hamilton County Common Pleas Court magistrate says he was forced to resign this week after video cameras caught him chasing a woman down courthouse hallways and leading her by hand into his courtroom, then ordering her arrest, sparking a violent incident that spread from his courtroom to the jail. 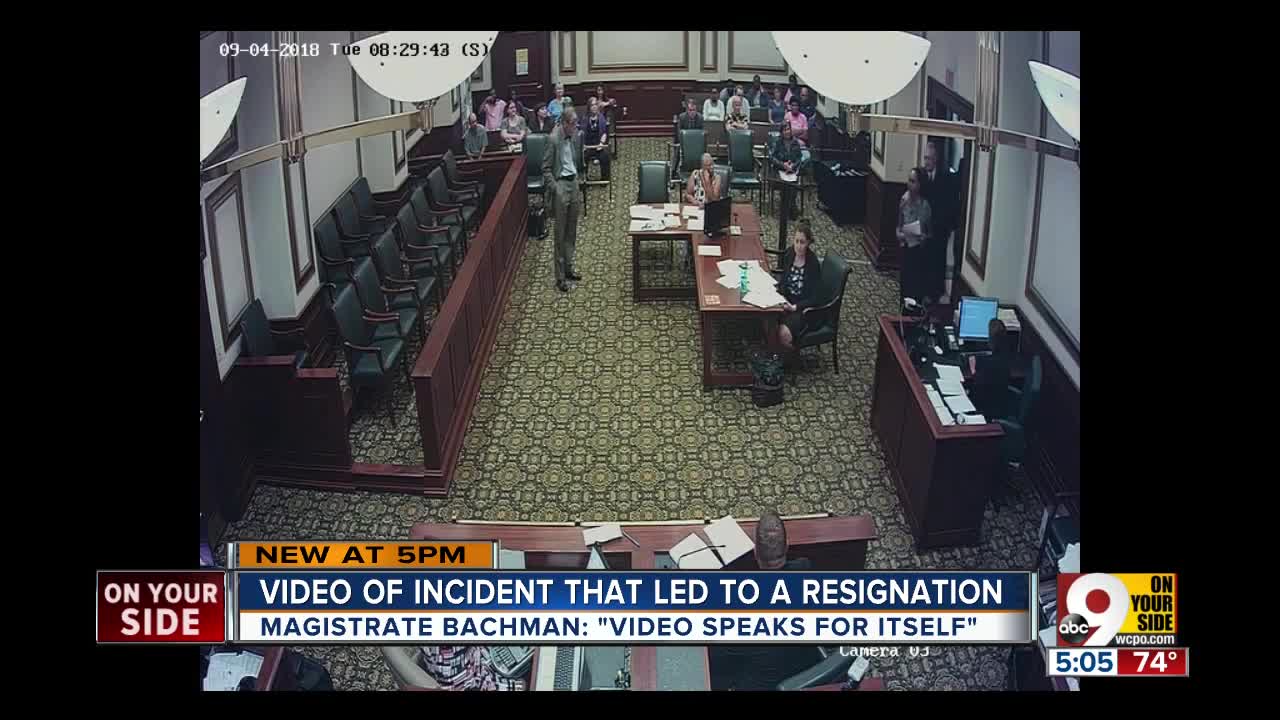 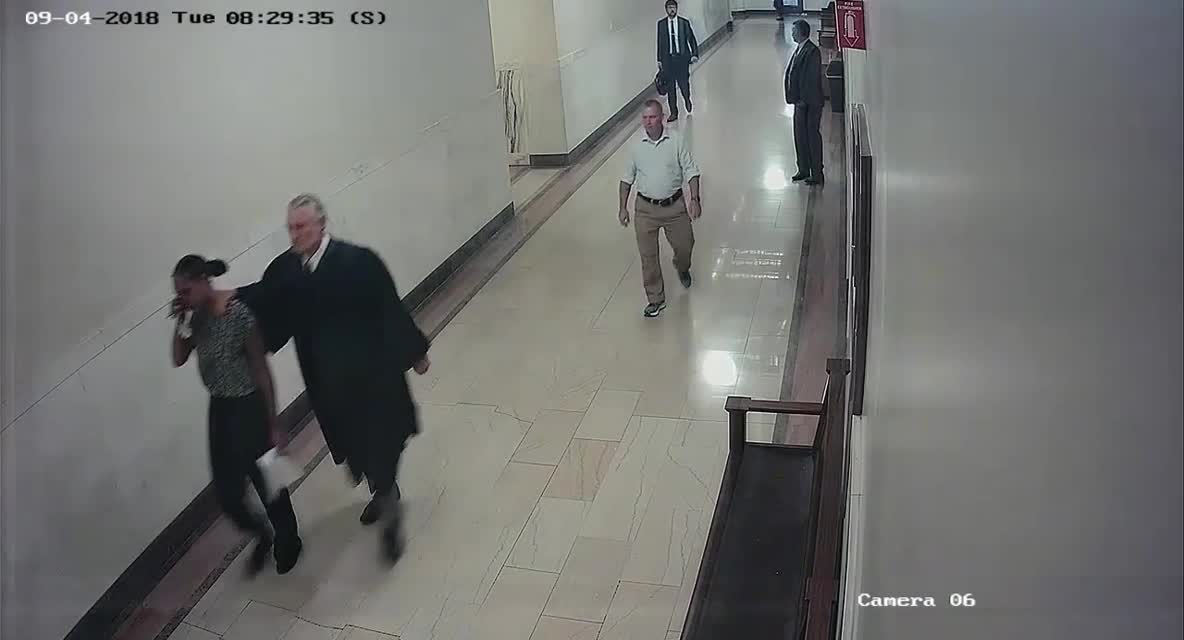 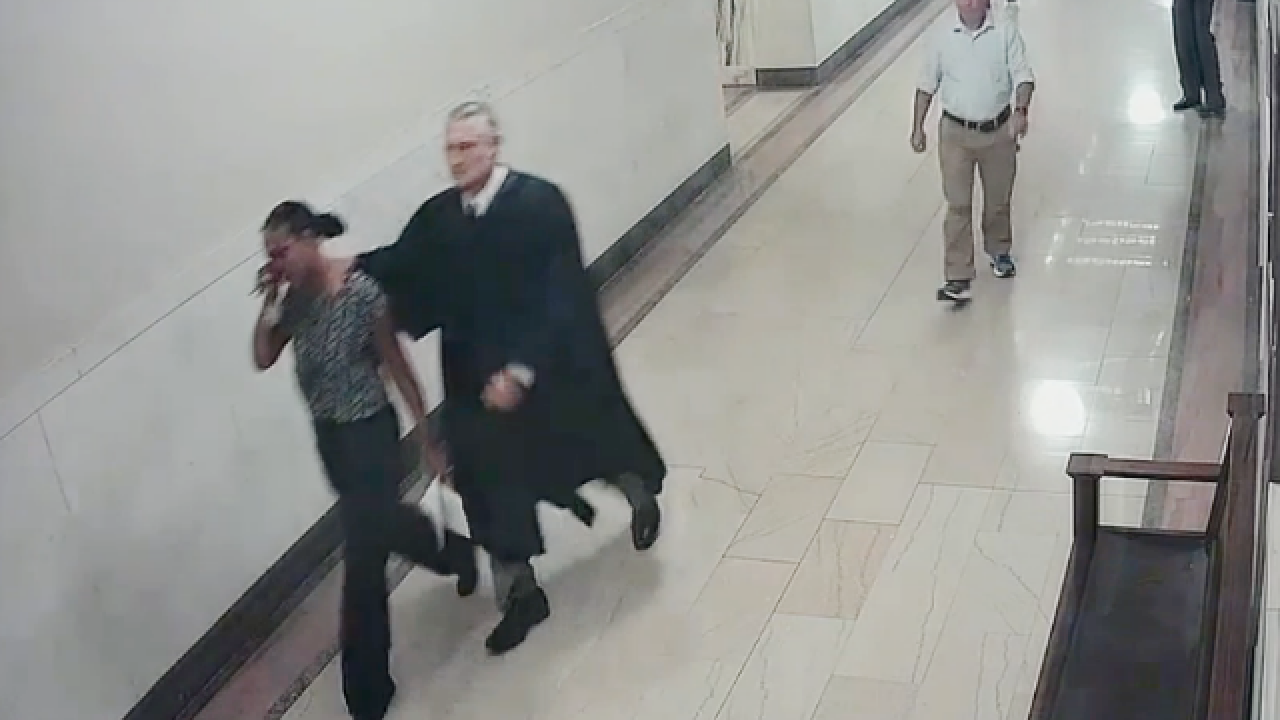 WATCH Craig Cheatham's reports in the video above. WCPO broke the 23-minute courthouse video into three parts. See those below.

CINCINNATI  -  A Hamilton County Common Pleas Court magistrate says he was forced to resign this week after video cameras caught him chasing a woman down courthouse hallways and leading her by hand into his courtroom, then ordering her arrested, sparking a violent incident that spread from his courtroom to the jail.

"I think the video speaks for itself," Bachman told the I-Team in his defense. "I didn’t choke her or manhandle her. I merely put my hand up to guide her to the courtroom.”

I-Team: 'Was the mistake touching her?

Bachman: “Apparently it was.”

Bachman told WCPO he left the bench to confront Kassandra Jackson on Sept. 4 because she was yelling outside his courtroom and disrupting a hearing.

As the video begins, you can see Jackson trying to file for a protection order, but staffers told her she missed the deadline and would have to come back. Witnesses say Jackson got angry and argued with them, and Bachman claimed he couldn't hear an attorney question a witness.

Nine seconds after Jackson walked away, Bachman charged through the door to the hallway. Bachman jogged after her, pointing at her and ordering her to return to his courtroom. He caught up to her at the public elevators and they started walking back together.

As Jackson started to go down a side hallway, Bachman put his hand on the back of her shoulder and guided her back on the correct path, then kept his hand there for 23 seconds until he pushed her into a seat in the jury box. Bachman and Jackson continued talking.

WATCH Bachman chase Jackson and lead her to his courtroom below:

Once in the courtroom, the incident almost immediately flared up when Bachman notified Jackson that she was being arrested for contempt of court.

Jackson resisted two deputies’ attempts to arrest her. The deputies, assisted by courtroom staff, struggled to subdue her. Once Jackson was handcuffed, she still resisted and those deputies and several others dragged her down hallways and elevators to the Justice Center.

They restrained her to chairs and later removed her in a restraint chair.

In his contempt citation on Sept. 4, Bachman said the incident started when Jackson “was witnessed becoming belligerent and heard screaming loudly in the halls."

The citation went on to say:

Bachman ended by saying he imposed the sentence for “disrespectful and disruptive behavior.”

Two longtime Hamilton County judges told the I-Team they can't remember a case like this one - where a judge or magistrate charged out of a courtroom, and pursued someone down a hallway, pointing at them and talking to them, then literally put a hand on that person from the hallway to a chair in the courtroom.