Group works with police to beef up patrols 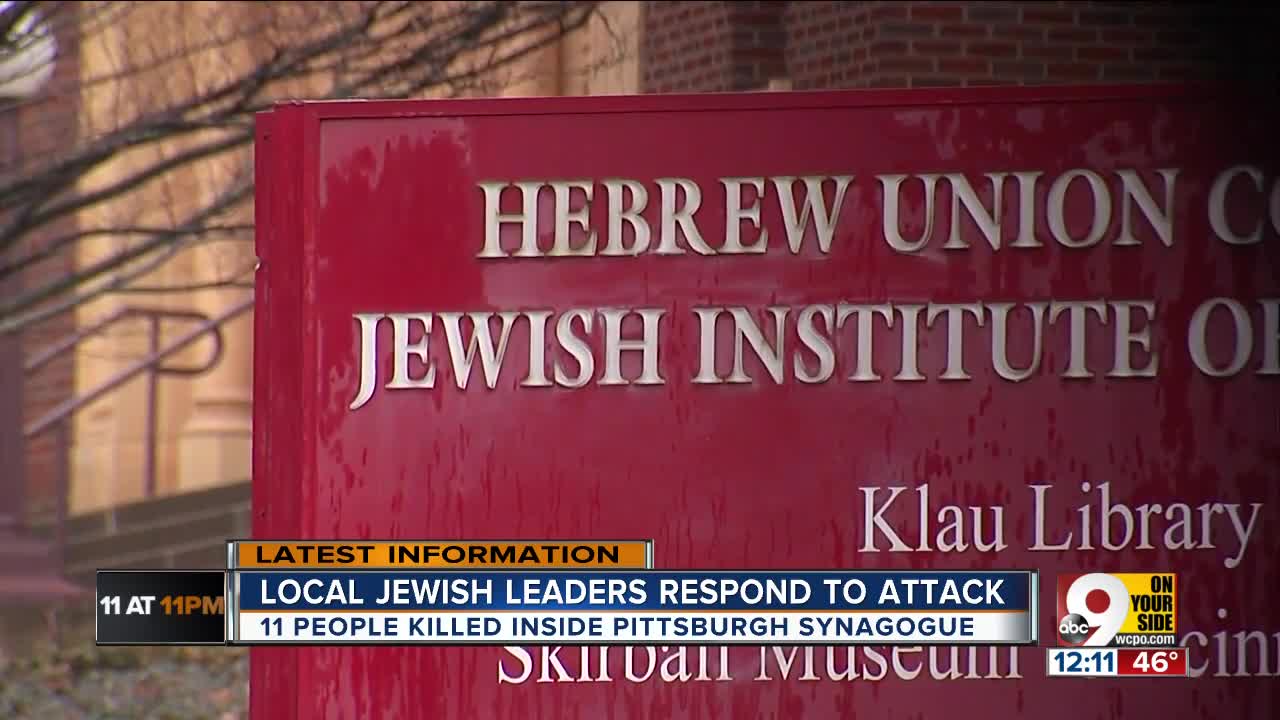 A Cincinnati police officer sat in a car outside Hebrew Union College - Jewish Institute of Religion on Clifton Avenue Saturday afternoon following a deadly mass shooting in a Pittsburgh synagogue. A statement by the Jewish Federation of Cincinnati said it was working closely with police to add patrols. “While we have no reason to believe there is any particular local threat, we are monitoring the unfolding situation carefully and our security team at SAFE Cincinnati is working closely with law enforcement to add patrols,” the statement said. 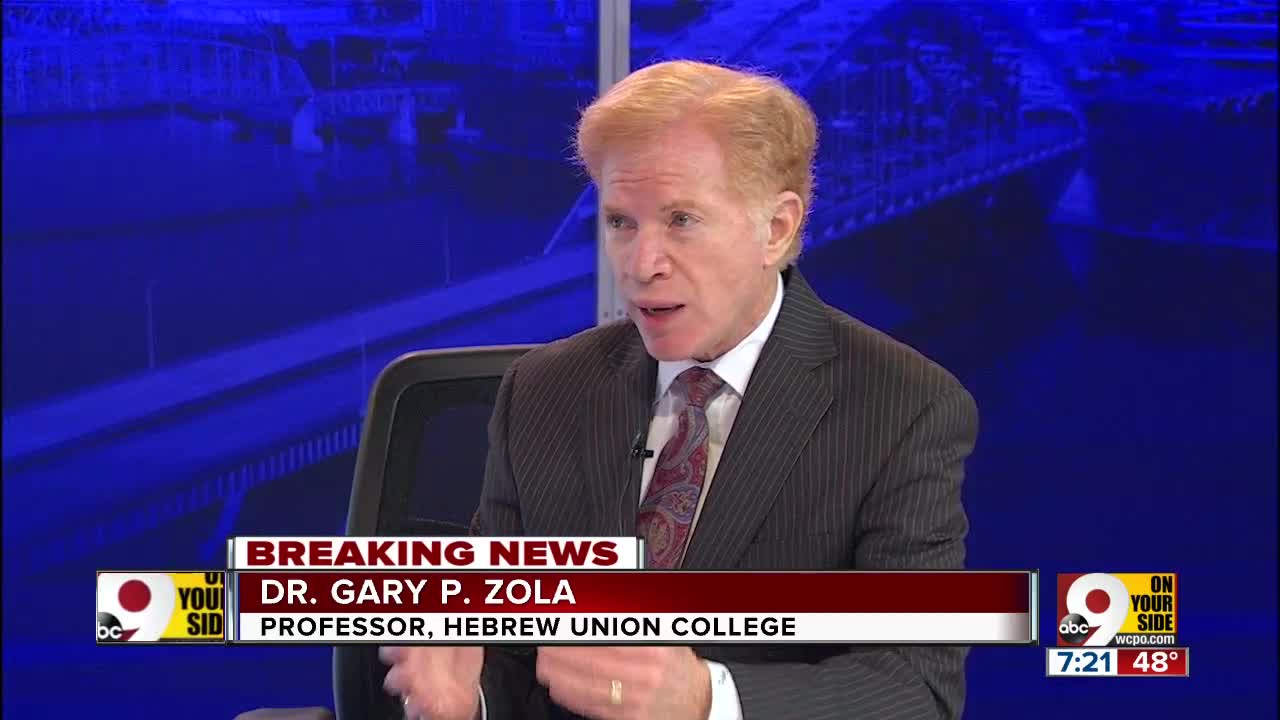 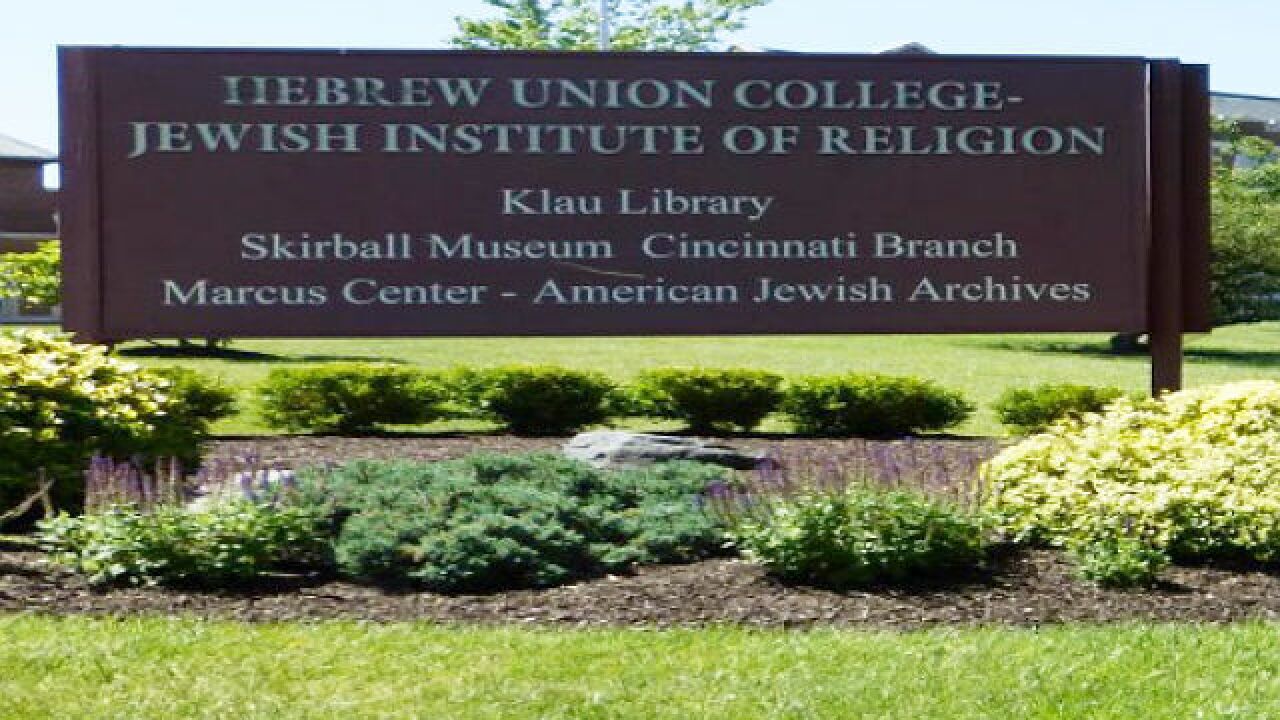 A statement by the Jewish Federation of Cincinnati said it was working closely with police to add patrols.

“While we have no reason to believe there is any particular local threat, we are monitoring the unfolding situation carefully and our security team at SAFE Cincinnati is working closely with law enforcement to add patrols,” the statement said.

Dr. Gary Zola, a professor at HUC-JIR, told WCPO the one-man attack on the Tree of Life Synagogue in Pittsburgh marks a new depth of hatred and horror for Jews in America.

He said they have been preparing for this day while hoping it would never come.

"There's always been examples of bigotry, examples of hatred. You can cite all sorts of examples of defacement of synagogues ... There even were temple bombings during the civil rights era," Zola said. "But I'm sorry to say that in all of American history, there has never been a time when Jews were shot down, murdered in the course of prayer in their own house of worship, and this is the transom we've crossed over today."

WATCH Zola's interview on the 7 p.m. newscast in the video player below.

The 11 dead and six injured (including three police officers) likely make it the deadliest attack on the Jewish community in American history, according to the Anti-Defamation League.

Zola said the feelings of people he knows in Pittsburgh are "disbelief, stunned, worried, frightened."

"In a certain way, it's almost as though the shoe has dropped," Zola said, "because we have been preparing for these issues. Security has been tightening. We've been thinking about this. You prepare and your hope is you'll never need to know these things, but here we have what is really a horrific, calamitous event.

One person who signed the Jewish Federation of Cincinnati statement, Jackie Congedo, noted that the killer not only attacked congregants in a holy place but on a day of peace, Shabbat, the Jewish Sabbath.

“They were gunned down in a sacred, holy space where they were trying to pray to make the world a better place,” Congedo, director of the Jewish Community Relations Council, told WCPO.

Congedo said it's alarming to see anti-Semitism in Cincinnati.

“One of the things that stands out is the swastika at Hebrew Union College … there was the graffiti at Withrow,”  she said.

Congedo helped start Cincinnati's Coaltion Against Hate. But nothing could have prepared her for the news out of Pittsburgh.

“It leaves me speechless," she said. “We say we’re not going to be afraid and we’re going to stand for peace and diversity and respect."

"Our hearts are broken,” read the statement from the Jewish Federation of Cincinnati. “Our thoughts are with the families of the victims in Pittsburgh and with the entire Jewish community there as they cope with this unthinkable horror.

“We have been in touch with our partners at the Jewish Federation of Pittsburgh and we are offering any support possible.”

A single gunman, identified as Robert Bowers, 46, is in custody in Pittsburgh. Bowers made made anti-Semitic statements during the shooting, a law enforcement official said.