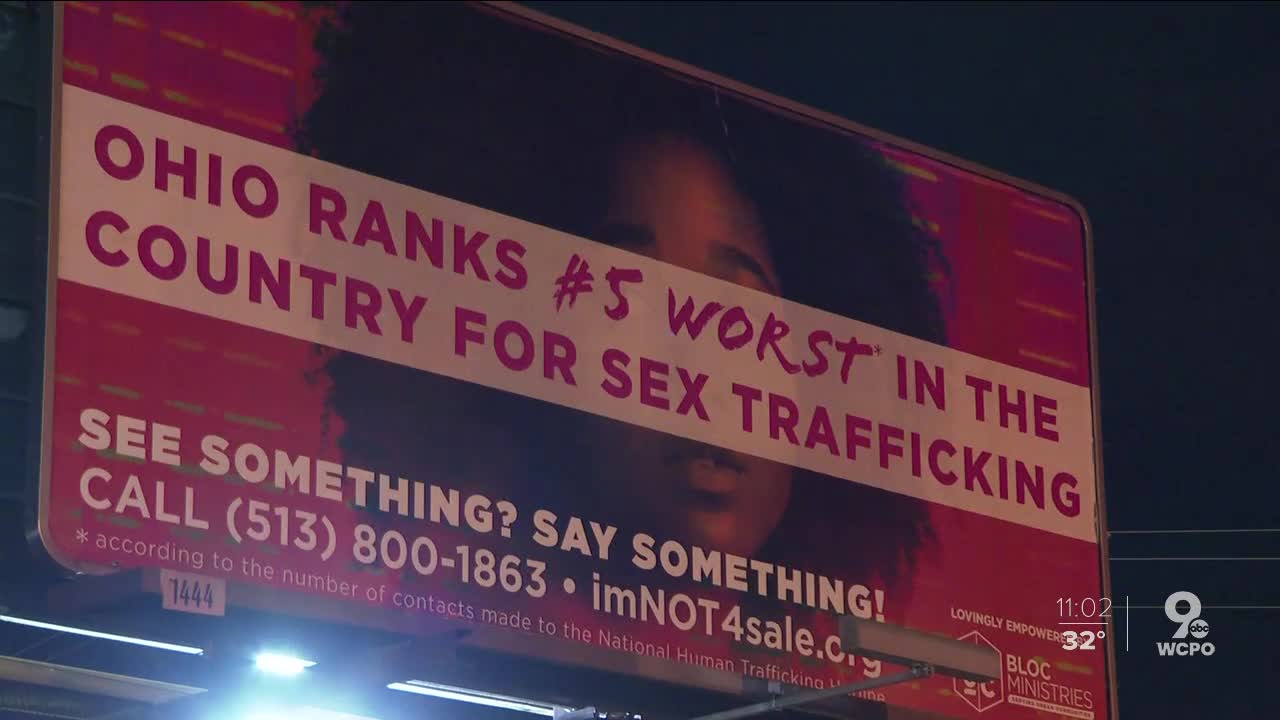 A new billboard campaign puts a shocking statistic in the public eye and encourages Cincinnatians to say something if they suspect trafficking in their communities.

CINCINNATI — Ordinary people often know their communities better than police do. Sometimes, with the help of that knowledge, they have a chance to prevent a crime before it happens.

That’s the premise of a new public awareness campaign encouraging people in the Tri-State area to help stop human trafficking in their communities. The effort — which includes billboards and anonymous reporting tools — is the product of a collaboration among more than a dozen local groups, among them the nonprofit BLOC Ministries, the Salvation Army and the city of Cincinnati.

“We’re trying to get as much information from the community to help target areas that are really at risk,” BLOC Ministries director Dwight Young said. ”(Police) make a fortified effort to make a difference in that spot, but if you don’t know that spot’s a problem, that spot never gets touched.”

Based on the number of calls to the National Human Trafficking Hotline, Ohio has the fifth-highest trafficking rate in the United States.

The billboard campaign puts that statistic in the public eye by placing it at the corner of Madison Road and Oaklawn Drive and at other intersections throughout the area. Each billboard encourages passers-by to remain vigilant and contact anti-trafficking groups if they suspect someone in their community is being trafficked.

Holtman’s program, Weightless Anchor, maintains a pair of “hospitality homes” for women living on the streets. Holtman’s clients come in for free rest, showers, hot meals and clean clothes; if they’re open to intervention, they can be directed toward long-term recovery and job training programs. Many have survived or are caught up in sex trafficking.

“The women that walk through our doors everyday are more than victims,” she said. “They are daughters, sisters, aunts and most of them are mothers. They come in beaten up, broken down and looking for respite from their lives.”

Vice Mayor Christopher Smitherman endorsed the effort, saying that putting a stop to trafficking requires the active participation of everyone with a chance to intervene.

“In order to change this, one of the ways I know, is men have to own this,” he said. “But men have to be that voice to say, ‘Enough is enough. We’re not going to allow our daughters to be abused.’”

Anyone who sees or suspects trafficking in their community can anonymously make a report at 513-800-1863 or online at imnot4sale.com.