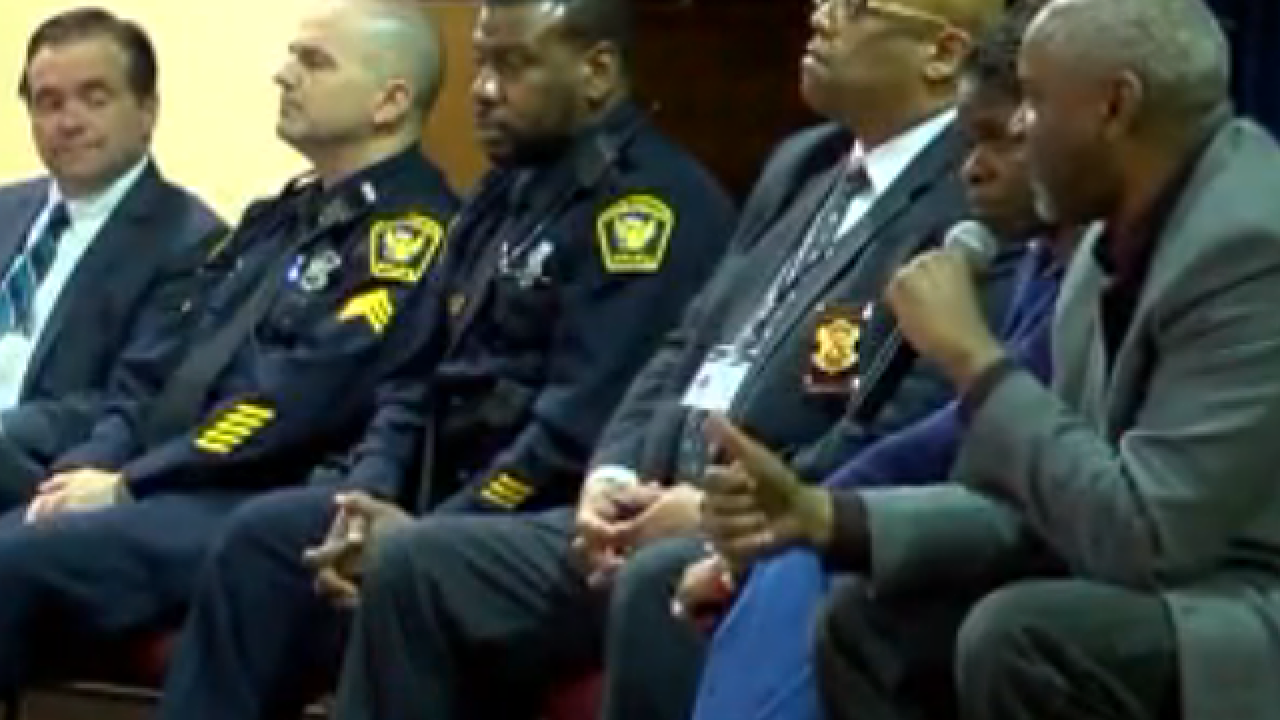 CINCINNATI – Is the Collaborative Agreement working? What can be done to improve police-community relations and policing in Cincinnati?

Fifteen years after the riots that prompted the agreement, police, community and city leaders have been examining those questions and hearing comments from residents this week at the New Prospect Baptist Church.

It's a testament to how far the city and police have come since 2001, when riots followed an officer's fatal shooting  of an unarmed 19-year-old black man, Timothy Thomas.

RELATED: Details of the Collaborative Agreement

"That time we had 13 unarmed black men that were killed at the hands of police (since 1995),  and the black community was sick and tired of being sick and tired," remembers Iris Roley of Cincinnati Black United Front.

Roley and several other leaders who helped forge the 2002 agreement, including The Rev. Damon Lynch III and Federal Judge Susan Dlott, took part in the conference Friday along with Police Chief Eliot Isaac and Mayor John Cranley.

Fired Chief Jeffrey Blackwell was there, too, and led a symposium.

Former Department of Justice members have also attended the six-day event this week. In 2002, the DOJ and the city signed a memorandum that reformed Cincinnati police policies and procedures.

RELATED: Details of the Collaborative Agreement

The agreement was designed to implement more community problem-oriented policing and improve relations between the community and police. And experts say it became a model for the nation.

"I think that what happened here in Cincinnati for the last 15 years provides a road map of the communities that are struggling to not only bring reform but to bring change into policing and to put communities at the center of the partnership," said keynote speaker Jonathan Smith, formerly of the Justice Department Civil Rights Division.

The focus this week has been on updating and adjusting the Collaborative Agreement,

"It's doing what it's supposed to do," Roley said, "but what it needs to have more of is community engagement, involvement and decision-making inside of what actually happens in the Cincinnati police department as it relates to different communities."

Isaac, who succeeded Blackwell, said police have to keep a specific, strategic focus.

"I think it's important we focus on violent crime and I think that is the key … and we don't cast broad nets, that we really focus on the things we need to be in, that we're very intentional and very evidence-based in our approaches so we don't do more harm than good," the chief said.

"We're committed to targeting repeat gun offenses, violence offenses," said Cranley. "Take violent criminals out of  the neighborhoods and work with the community - not against the community to build a safer city ... It's absolutely intelligence, data, evidence-driven and community driven. That's the key."

Relations still aren't perfect. Some audience members said there's still a lack of trust with the police and a concern that officers aren't disciplined for wrongdoing.

"Some of the solutions to fairness are actually coming from the community," said Smith. "The people in the community may actually know better about how to bring public safety to their communities, how to partner with police to create that public safety and so what happens here today is one more step in that really important conversation  around the country."

During the six days, there have been more than 20 workshops and conversations. Topics have included the socioeconomic factors in crime, body cameras, violence, accountability and more.

Jesse Jenkins Sr. of NAACP Cincinnati said he was pleased with what he heard.

"Very good questions from the police department and I think all the panel people appropriately answered the questions," he said.

FIND out more at www.communityandpolicerelations.com