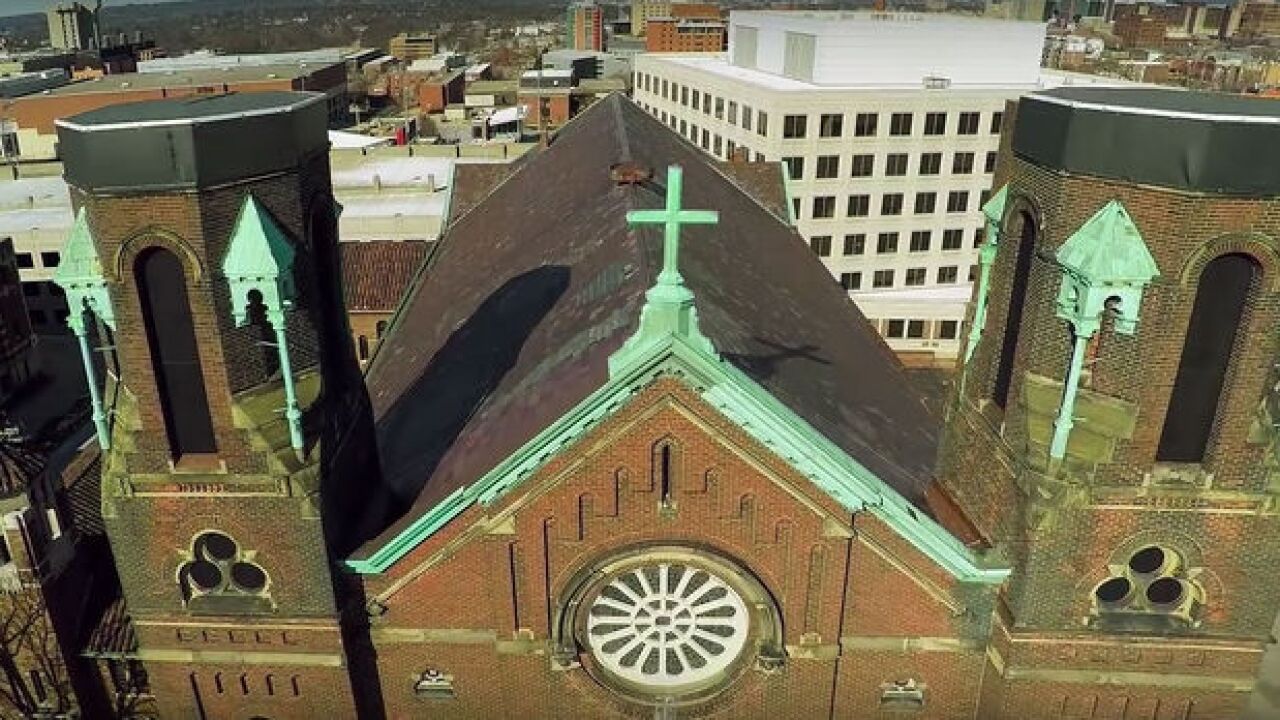 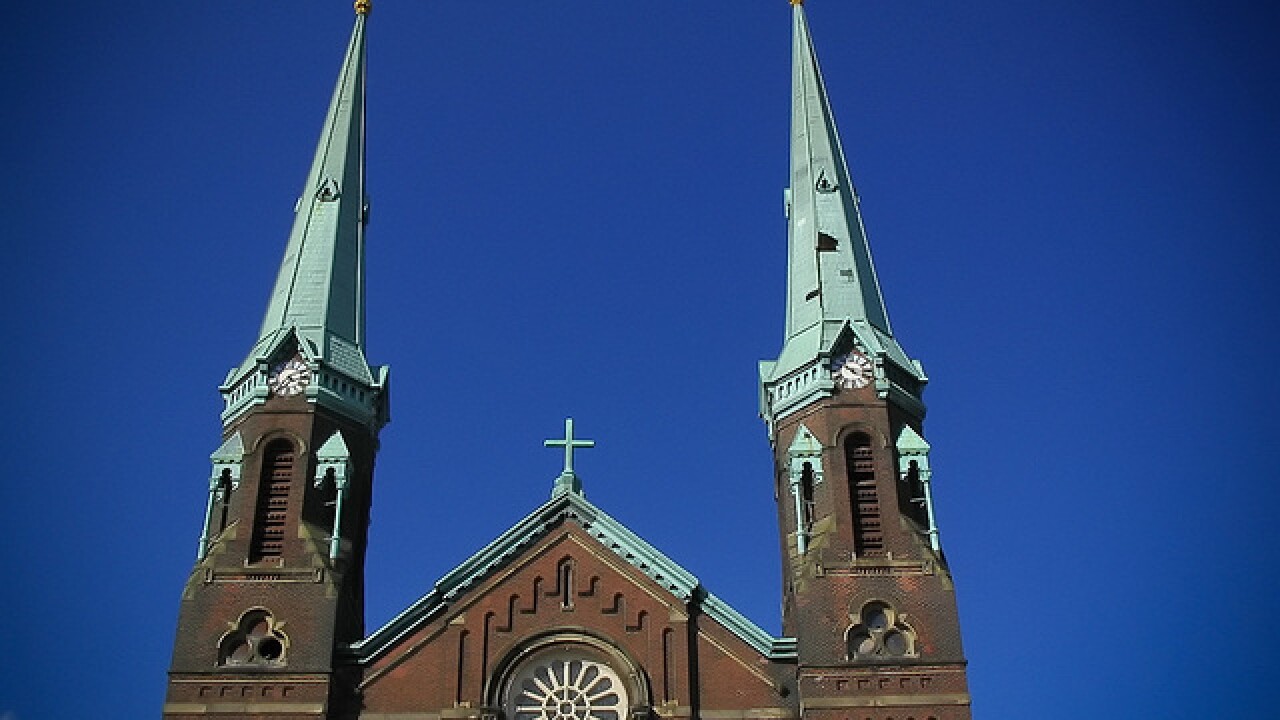 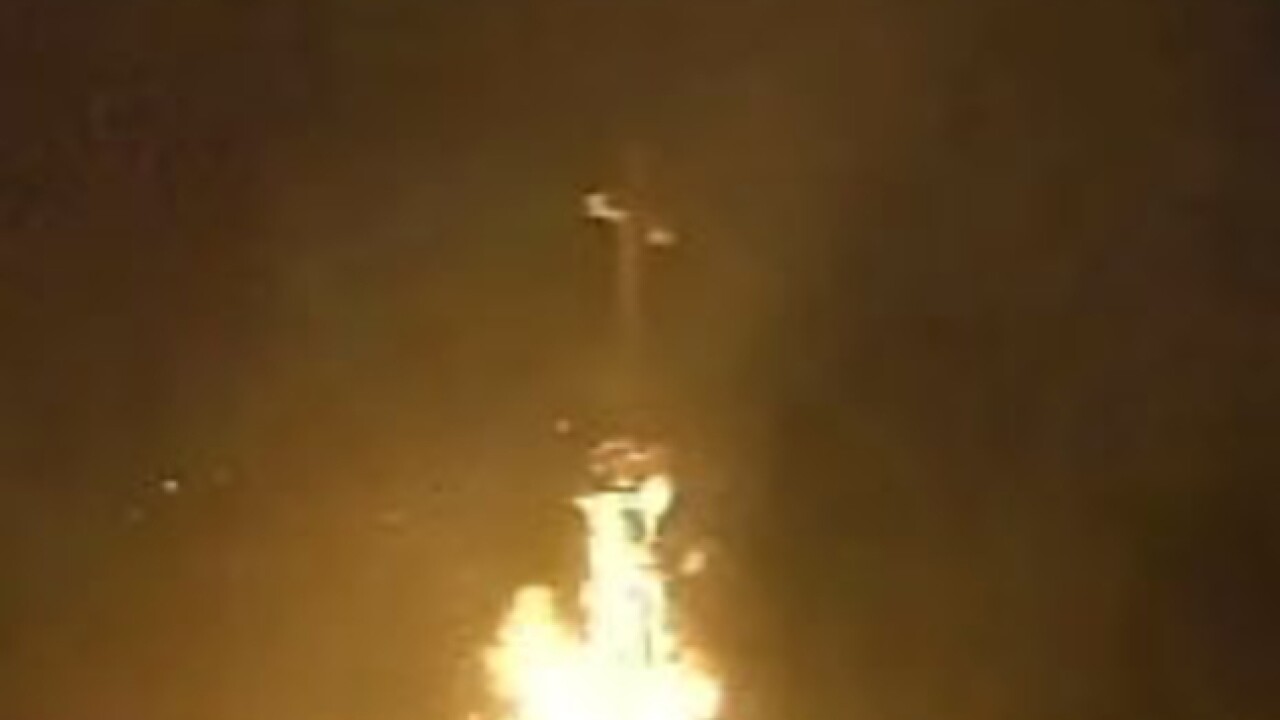 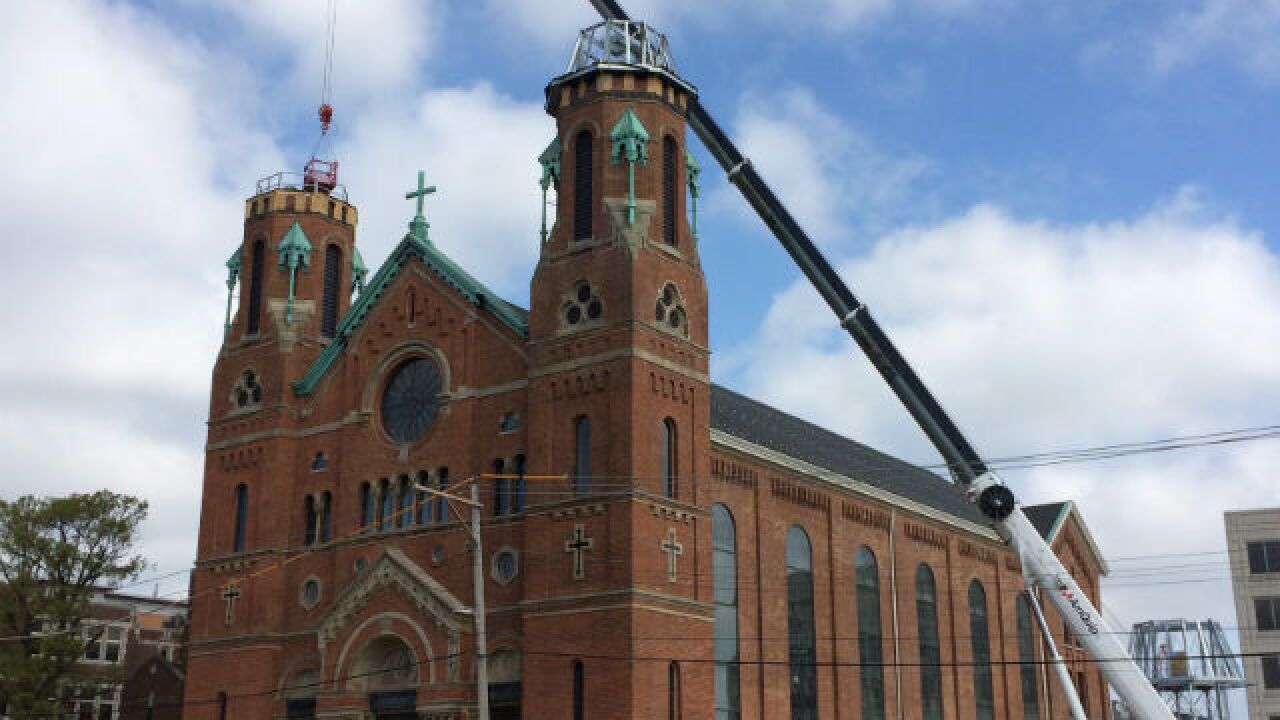 CINCINNATI – Those iconic spires will soon be back on historic Old St. George Church, rising high above the city to light the way for new generations of worshippers.

Up to now, the renovation of 143-year-old landmark has taken place inside – out of the public eye.

But work is under way to erect steel replicas of the twin wooden spires destroyed in the 2008 fire. WCPO shot time-lapse footage of a steel foundation being hoisted into the western tower Friday afternoon. The work took about two hours, but you can watch it in a few seconds in the video player above.

The foundations are anchored in the original towers. The project architect, Steve Pearson, explained what will happen next.

"There will be two more sections, so it will be 70 feet tall, and then we're going to put a perforated metal skin on it and light it from inside," Pearson said.

By day, the spires will be similar to the originals. By night, powerful lights inside will make the towers glow.

"To really be this light on the hill," Pastor Lena Tome of Crossroads Church said.

Old St. George is getting an $11 million facelift after the thriving megachurch bought it last year. Crossroads expects to begin services there in a few months.

"Really hoping to be finished at the beginning of the fall, in time for the new school year at UC," Tome said.

Built as a Catholic church in 1873, St. George has not held services in two decades. The Archdiocese of Cincinnati closed it in 1993 due to a sharp decline in attendance.

Then & Now: How the Clifton Heights neighborhood looked in 1942 and today. (Drag the white, circular tool left and right to see before and after)

Eight years ago, a raging fire destroyed both towers and damaged the bronze bells inside beyond repair.

"Our bell towers were the first automated bell system in the country," said Tome.

But the slate roof protected the rest of the church from the flames. The rich interior included more than 200 stained-glass windows plus luxurious marble and woodwork.

Crossroads has taken painstaking care to restore many of those features to their original luster.

"It was pretty well gutted when we showed up," said Adam Tourney, who is overseeing the delicate cleaning of the stained-glass windows.

"We thought they were a lot worse than they were. Many years of dust and debris on the windows."

Crossroads is adding its own 21st-century touches, including large videoboards.