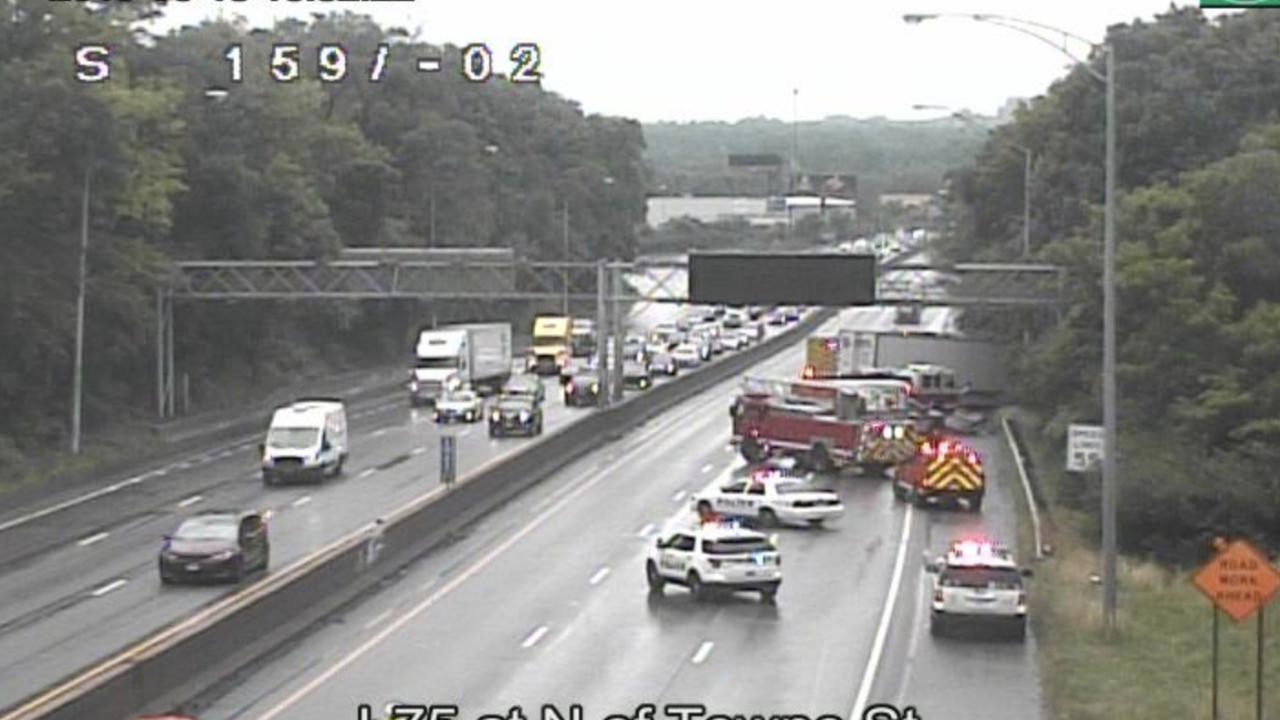 CINCINNATI — I-75 shut down for multiple hours Saturday between Paddock Road and the Norwood Lateral.

A jack-knifed semi leaked fuel onto the highway, requiring extensive cleanup that kept the southbound lanes of I-75 closed for hours.

According to Cincinnati police, the truck lost nearly 200 gallons of fuel.

We ave companies on the scene SB I75 at the 8.5 MM of a crash where a semi has lost nearly 200 gallons of fuel. Expect delays in the area.