Three Hyde Park restaurants close in less than a week 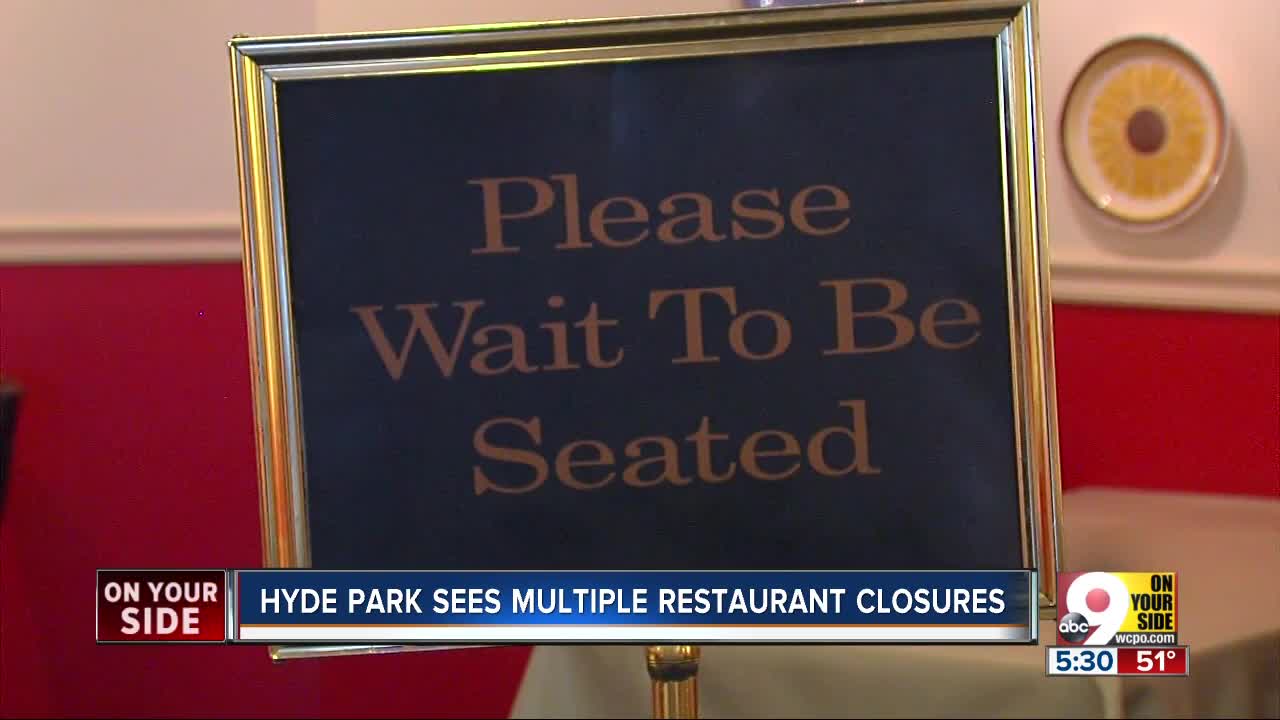 Keystone Bar and Grill, located at 3384 Erie Ave., closed Dec. 28. The restaurant posted on Facebook that it was closing; its Facebook page has since been removed.

The Hyde Park Hitching Post, at 2715 Madison Road, closed Dec. 30 after 33 years of business. In a Facebook post, its owners thanked patrons for “the many years of business, support and loyalty.”

“Due to professional and personal changes among all three partners, the current ownership structure is no longer sustainable, and Dutch’s will be closed indefinitely,” Ashmore said. “We are forever grateful to our loyal employees and patrons who have shared in our vision and made it so enjoyable.”

Someone may be interested in acquiring ownership of the eatery, Ashmore said. If successful, Dutch’s could reopen with a new owner.

The three closures come just four months after Teller’s closed its doors after 25 years of business. The restaurant, known for serving eclectic cuisine at an affordable price, closed for good on Aug. 31.

A few months prior, Cock and Bull, located at 2645 Erie Ave., closed. The English-style pub chain still has locations in Covington, Glendale and Clifton.

Ryan Head, executive chef at Mesa Loca, said the restaurant serves about 250 to 300 people every night.

“I just want to bring that culinary entertainment aspect to the city, and I believe Hyde Park is lucky to have us,” Head said.

Danielle Discepoli, president of the Hyde Park Neighborhood Council’s Board of Trustees, said she’s not aware of a trend that would explain the closures, but some restaurants in the area have closed due to increasing rent, lack of parking or issues with ownership.

“I’ve heard from a lot of people who are disappointed to see some of these longtime Hyde Park institutions leave,” Discepoli said. “I’m disappointed as well, but we’re looking forward to seeing what future occupants might have in these spaces.”