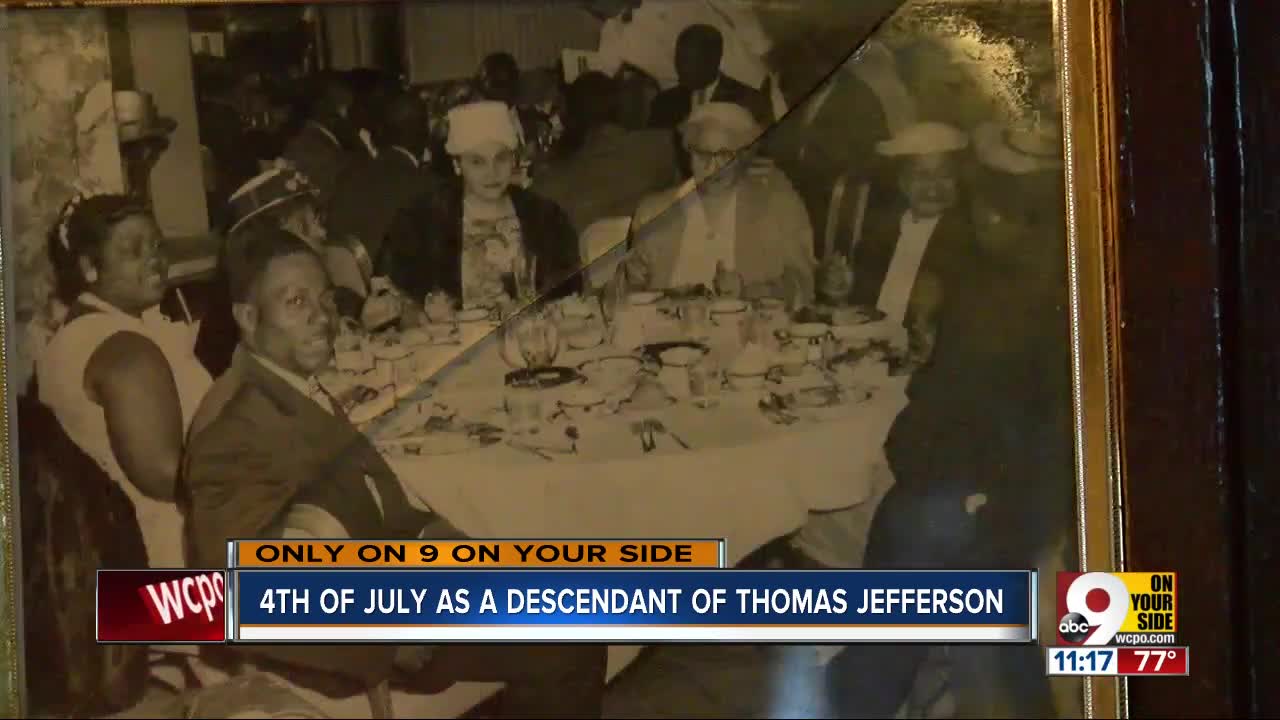 Retired welder James Ira Clark isn’t surprised when people are skeptical of his family history. “Most people I mention it to, they think I’m crazy or lying,” the 78-year-old said Thursday.

CINCINNATI — Retired welder James Ira Clark isn’t surprised when people are skeptical of his story. “Most people I mention it to, they think I’m crazy or lying,” the 78-year-old said Thursday.

His grandmother was shy about it, too, for most of her life. In the ‘50s, Bessie Curtis told Ebony Magazine journalist Lerone Bennett she’d known her family’s secret history since childhood — just as well as she’d known not to discuss it outside circles of relatives and close friends.

She broke that silence for the magazine interview, appearing with a handful of other elderly black men and women beneath the bold, all-capital-letters headline: “THOMAS JEFFERSON’S NEGRO GRANDCHILDREN.”

It would be decades yet until DNA results confirmed the third president of the United States had fathered children by his female slaves, whom he kept in captivity even as he authored some of the modern world’s most foundational arguments for freedom and equality.

Family histories like Clark’s kept the knowledge alive until then and preserved the stories of the extraordinary lives that emerged from an unacknowledged corner of the United States’ founding.

His grandmother, Bessie, was the daughter of the Rev. Peter Fossett, who had actually been born into slavery at Jefferson’s Virginia plantation, Monticello. The plantation’s online Thomas Jefferson Encyclopedia identifies Fossett as the grandson of slave Mary Hemings Bell (a relative of Sally Hemings) and an unknown white father — possibly, it suggests, carpenter William Fosset.

Their family, however, has always held it to be Jefferson himself.

Perhaps surprisingly, Fossett spoke fondly of Jefferson, referring to him in a 1898 Sunday World article as “an ideal master,” “a democrat in practice as well as theory” who permitted his slaves to read, write and learn trade skills. He was 11 at the time of Jefferson’s death, at which point he was sold to Col. John Jones — a new master who threatened him with whipping if he were caught reading and refused to allow Fossett’s family to buy his freedom.

“I then commenced an eventful life,” Fossett told the Sunday World.

That was an understatement.

He escaped from slavery twice, only to be caught both times and sold the second. His father, family members and friends of the late Jefferson pooled their efforts, then, to buy him and send him to Cincinnati, where he could be free.

There, he became first a caterer, next an ordained minister at the First Baptist Church of Cumminsville and finally a conductor on the Underground Railroad, helping other former slaves escape into freedom.

“He is held in great regard by colored people and is loved by all the white ministers of Cincinnati, who know him well and esteem him highly,” the Sunday World reporter wrote in 1898.

His children, grandchildren and great-grandchildren maintained close ties to the church and the catering business after his death in 1901. Bessie Curtis, when she spoke to Ebony Magazine, was listed as a caterer and an active member of First Baptist.

Clark remembers her fondly. He’s proud of his entire family history, he said, and he’s held onto records of their lives: The documents freeing his distant ancestors from slavery, the faded clips from Ebony showing his grandma posed in her armchair.

He’s even proud of his connection to Jefferson.

“It’s great to know that you come from such good stock,” he said. “Put it that way. Good stock.”