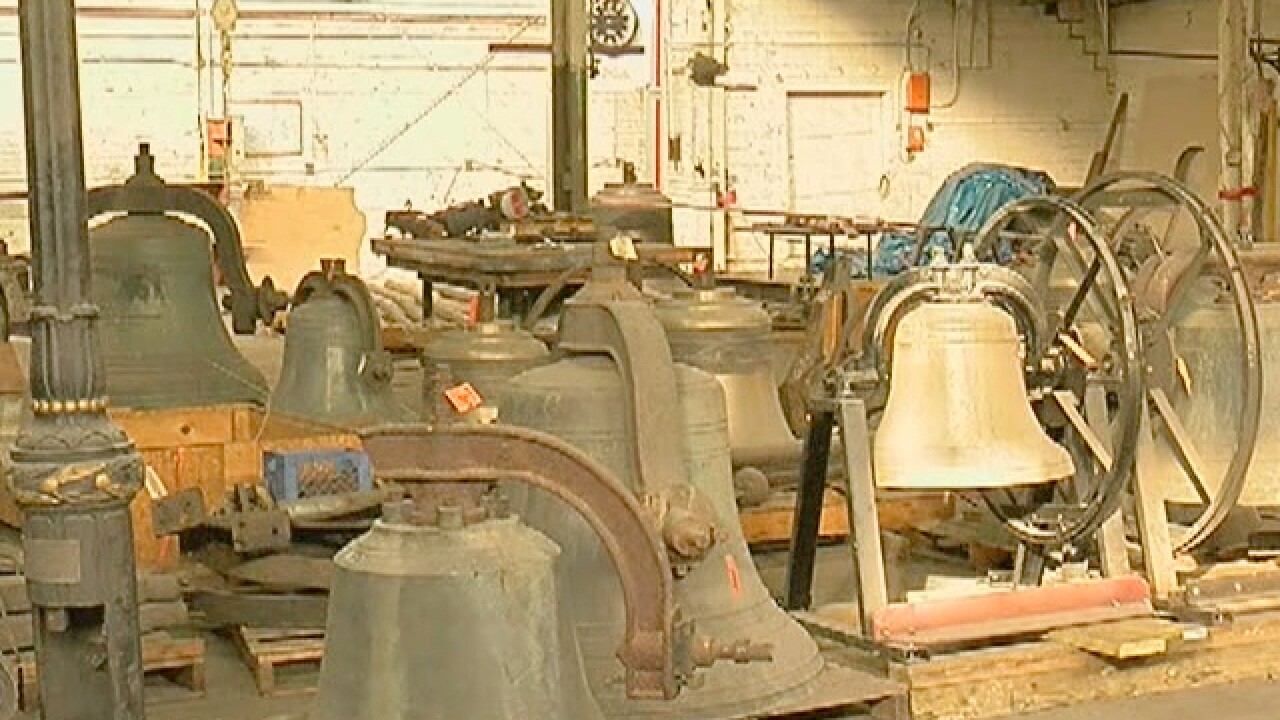 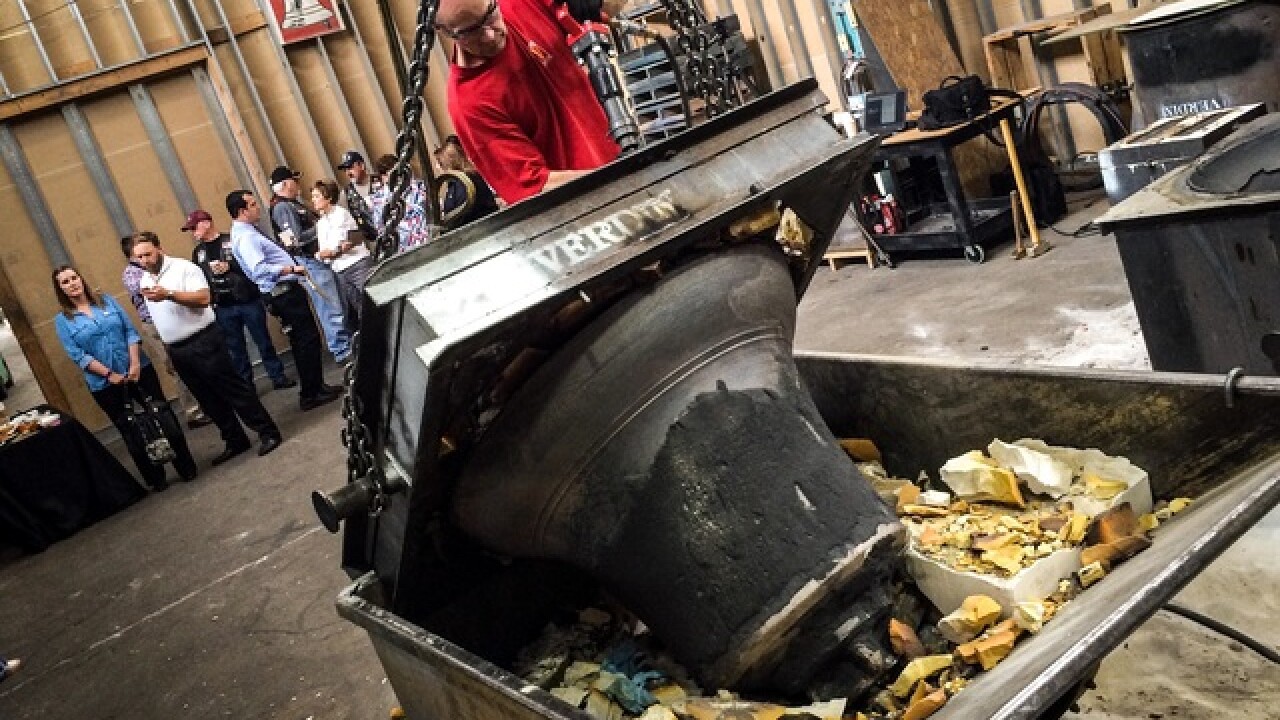 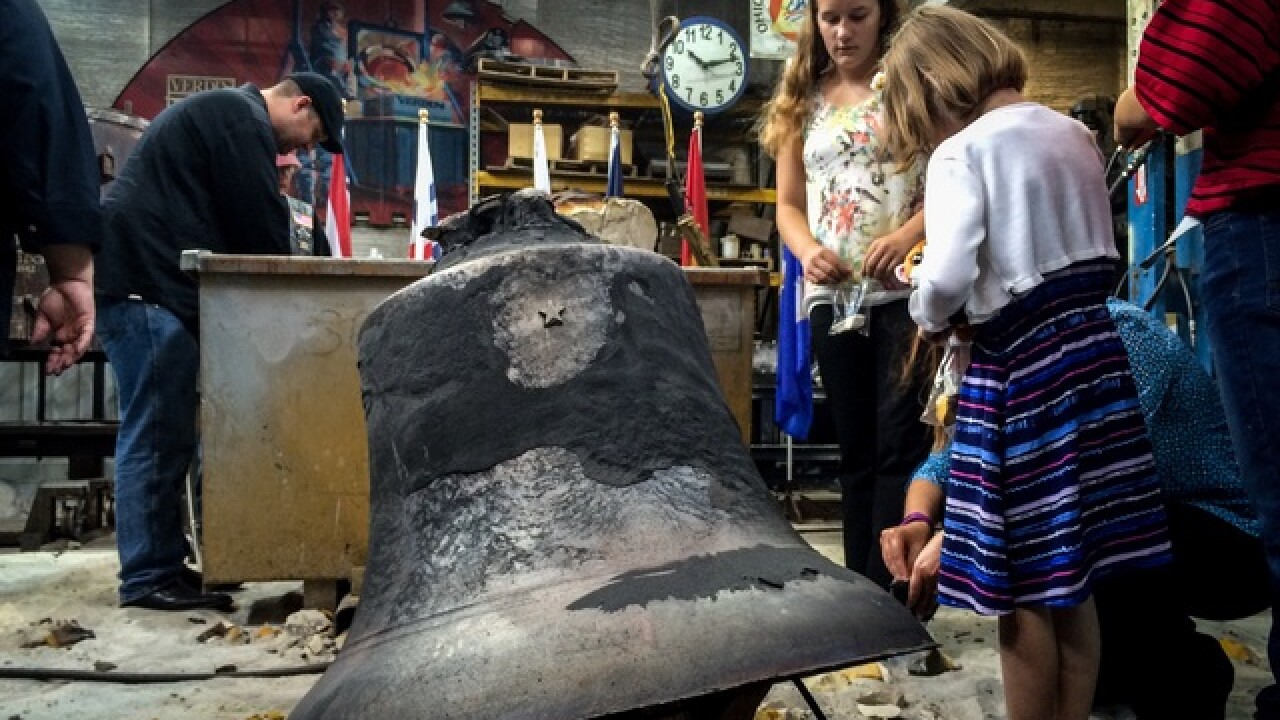 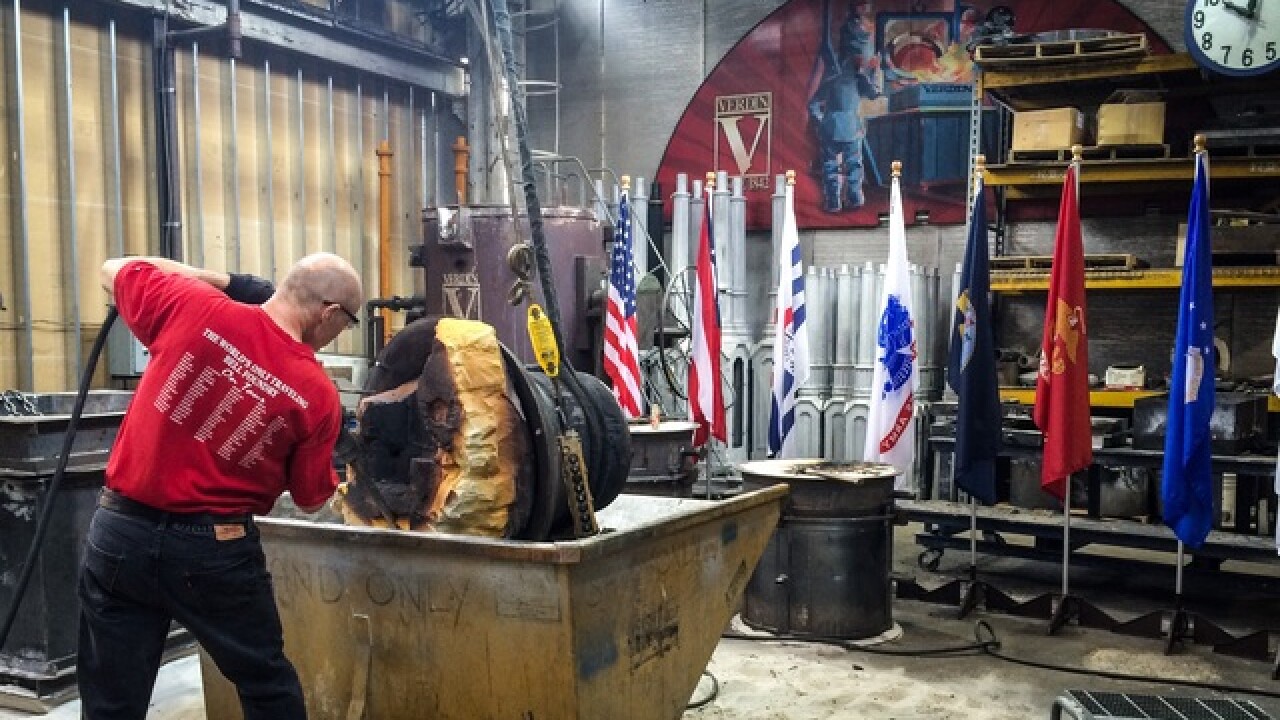 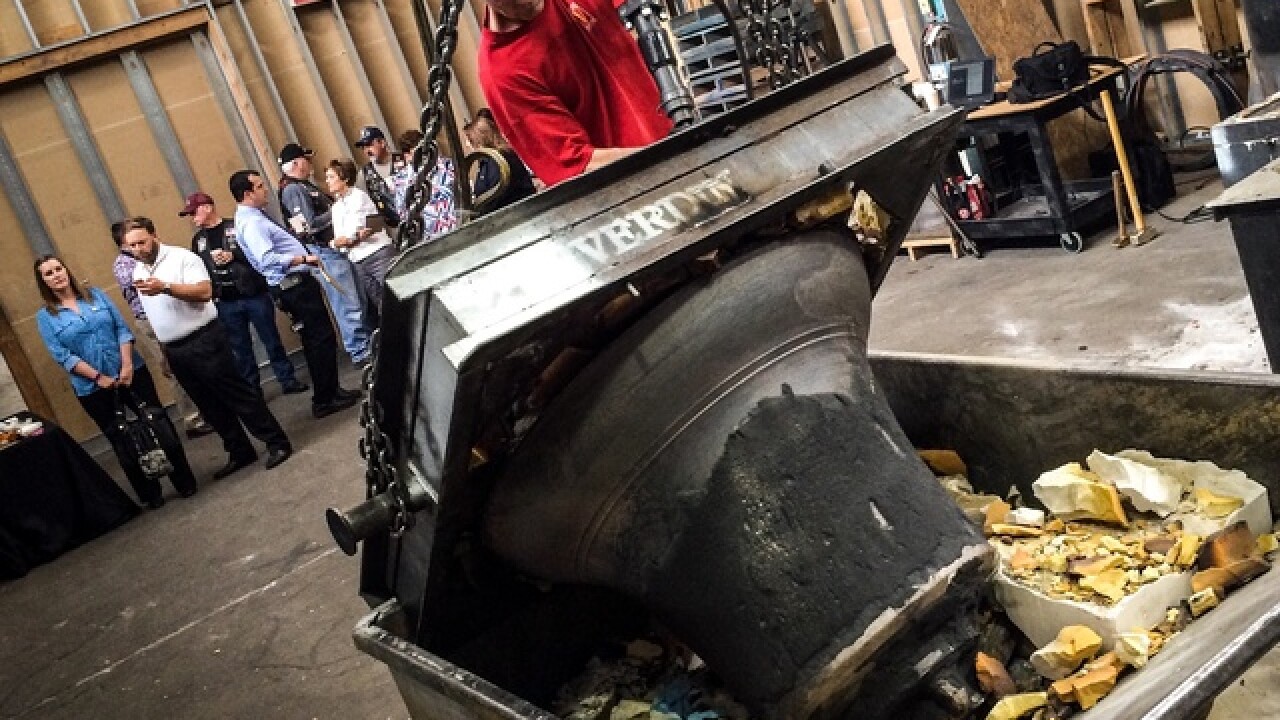 CINCINNATI – A new program of “Honor Bells” will pay tribute to veterans who have died.

The bells are being cast in Cincinnati, and the first one was unveiled at 9 a.m. Thursday by the Verdin Company foundry. The first bell will go to Fort Logan National Cemetery in Denver, Colorado.

The Verdin Company live streamed the breaking of the mold on the website here .

Louis Olivera, the executive director and founder of the Honor Bell Foundation, said it will take three days to make the bell.

“We will take it to Fort Logan Cemetery in Denver, and we will toll it each time a veteran is laid to rest,” Olivera said.

Several families are donating memorabilia from deceased veterans for the making of the bell, the first of its kind that’s forged specifically for honoring for veterans.

One Denver woman, Nancy Abbott, flew to Cincinnati to put her husband’s Coast Guard belt buckle and his dog tag into the cast of the bell.

“Just to have another piece of him out there, eventually, in this bell is just an awesome idea of Louie’s, and it’s just great that it’s actually coming to be,” Abbott said.

The foundation hopes the next bell will stay in Ohio to honor local veterans. Their overall goal is to have 133 bells, one for each national cemetery.