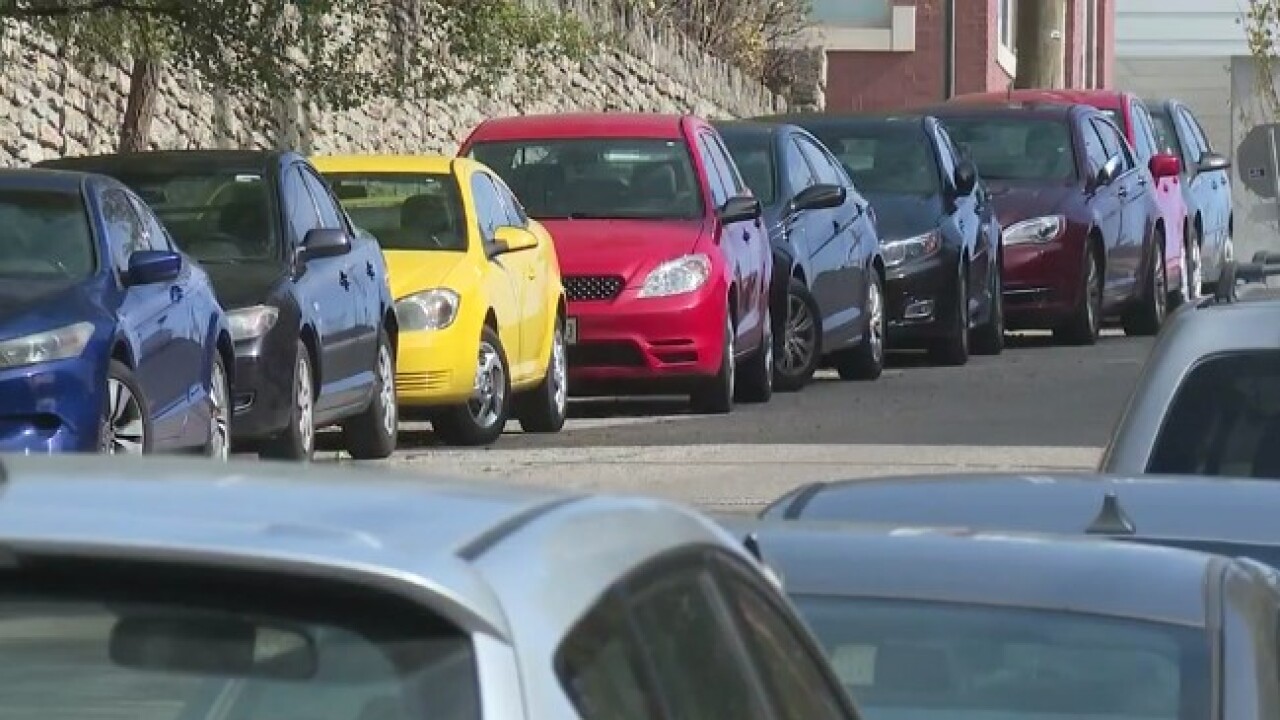 Copyright 2019 Scripps Media, Inc. All rights reserved. This material may not be published, broadcast, rewritten, or redistributed.
WCPO
Street parking is often bumper to bumper near the University of Cincinnati. 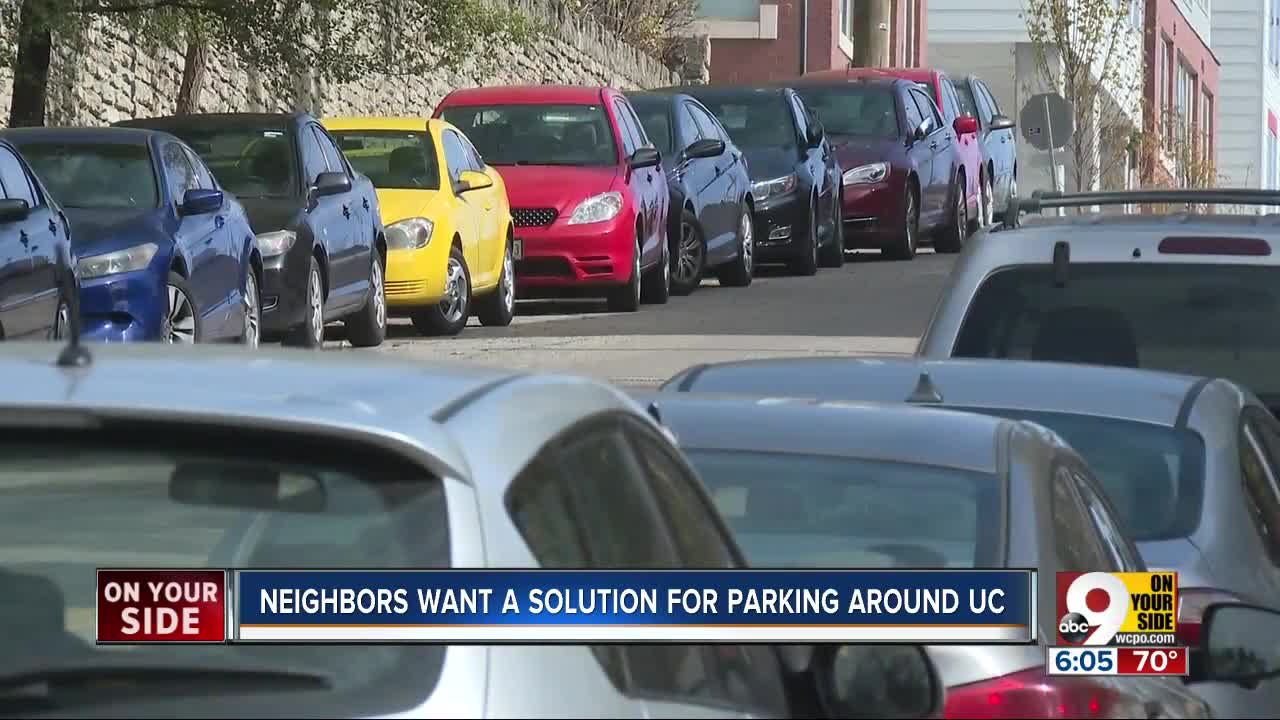 CINCINNATI — Homeowners near the University of Cincinnati are frustrated by parking problems and are asking for solutions.

Parking is bumper to bumper on the narrow streets around campus. The CUF Neighborhood Association - representing Clifton Heights, University Heights and Fairview - has asked the city to institute a residential parking permit program.

But the city has declined.

“There’s not a lot of driveways for people to pull into. Not a lot of good parking on the streets. A lot of no parking signs.” said Brian McEntire of University Heights.

McEntire has worked at the Riddle Road Market for more than 15 years and says traffic trouble comers with the territory.

But not everyone wants to deal with it.

“It’s really hard to park legally and this is middle of the day and it gets worse when everyone comes home for work,” said Jack Martin, vice president of the CUF Neighborhood Association.

The city recently studied the possibility of a residential permit parking program but decided against it.

SEE the city manager's report to the mayor and city council.

With the high student rental rate in the area, the neighborhood would probably not get the number of signatures requires to petition for the program.

Martin said the problem is inherent to the area.

“All the houses that were developed with no cars have no driveways, so we automatically have a parking shortage,” Martin said.

He said more creative solutions are needed - like more access to bicycles and scooters, better public transit and encouraging people to ditch their cars - maybe with a financial incentive.

“Ultimately, I think a residential parking permit program is going to be necessary here,” Martin said. “I think we need something that monetizes these spaces on the street.”

The neighborhood association is part of a study being wrapped up in the area. It’s led by Trinitas, which is developing the former Deaconess Hospital property for student housing.

They’re looking into best practices when it comes to parking and public transit. They hope the study will be completed by the end of the year.