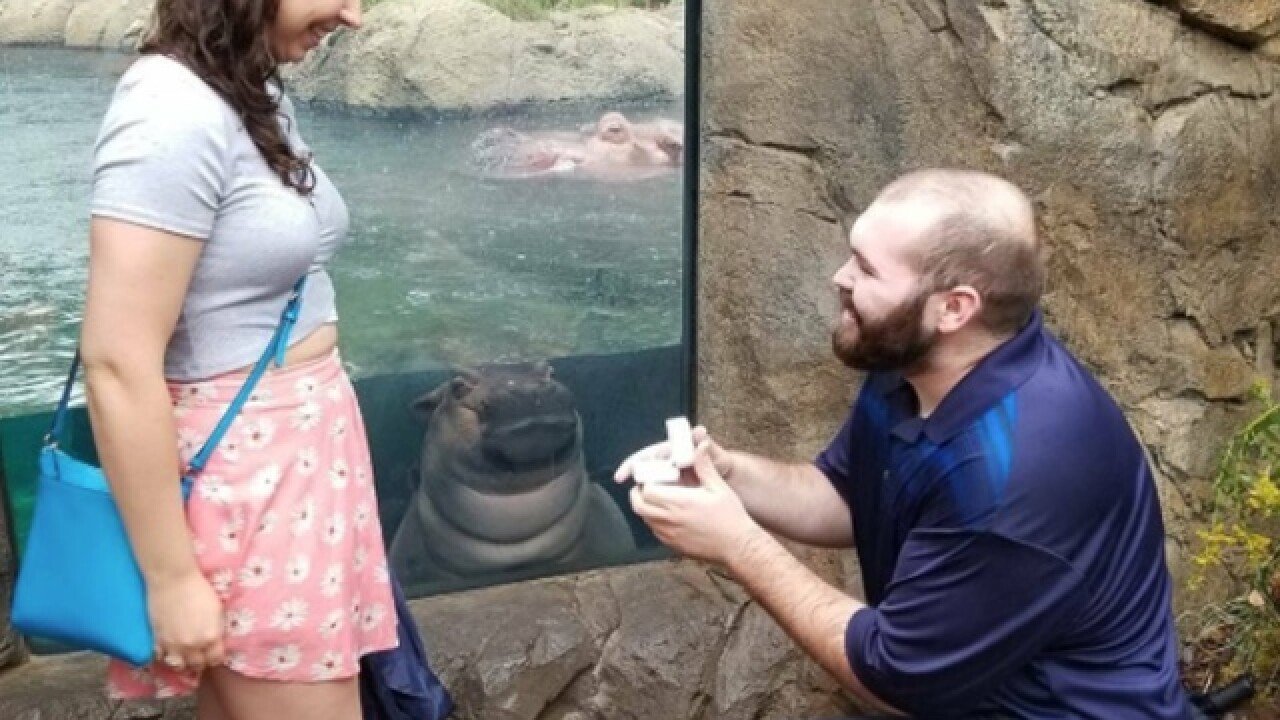 Copyright 2017 Scripps Media, Inc. All rights reserved. This material may not be published, broadcast, rewritten, or redistributed.
<p>Engagement photo (with Fiona) posted on Instagram by Hayley Roll.</p>

CINCINNATI -- A viral photo or video often means 15 minutes of fame, but over the past year one Cincinnatian has stolen the spotlight repeatedly.

Since her premature birth in January, the Cincinnati Zoo and Botanical Garden’s baby hippo, Fiona, has been a frequent topic of conversation in the news and on social media. Her name has even come up on late-night talk shows.

Here are a few highlights of the hippo who has everyone’s attention:

People magazine: The publication’s website has featured Fiona numerous times. She’s gotten attention on the site for everything from napping to eating a pumpkin and, most recently, "kissing” a young girl through the glass of the Hippo Cove.

Social media: From the time of her birth, Fiona has starred in various videos shared by Cincinnati Zoo and Botanical Garden. In August, zoo staff officially premiered “The Fiona Show” on Facebook. The show so far features seven episodes.

Books: In less than a year, Fiona has inspired three books. WCPO reporters Lucy May and Kevin Necessary respectively wrote and illustrated the children’s book “ My Best Friend Fiona ,” which was published in November. Jan Sherbin’s photographic biography “Hip, Hippo, Hooray for Fiona!” published in October. Cincinnati Zoo Director Thane Maynard is working on a book geared toward elementary school-aged children, due out January 2019 .

Songs: Fiona’s half-birthday was a time of musical inspiration. WCPO and Chris Rowlands both created songs in honor of the hippo turning 6 months old.