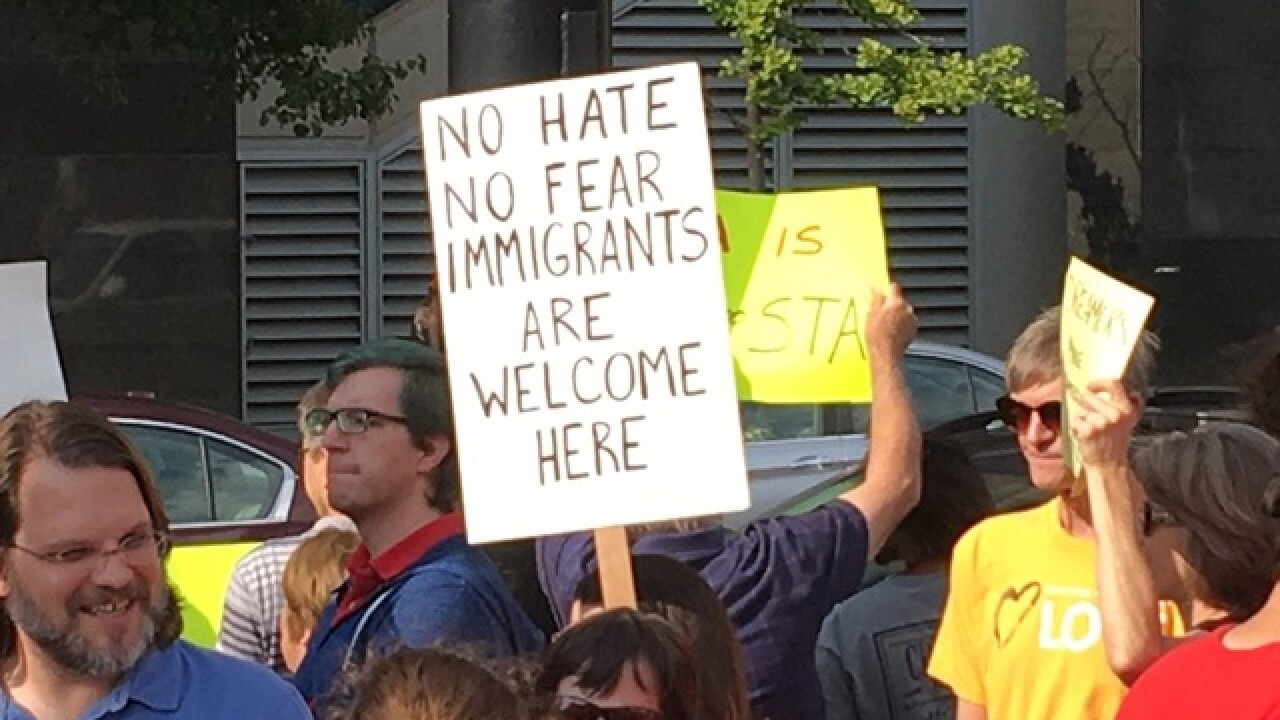 CINCINNATI -- Jose Cabrera came to the United States from Mexico when he was 4 years old.

He's a student now at Xavier University and hopes to become an entrepreneur.

"Isn't that what America is about?" Cabrera said. "A country where if you work hard enough, you put in the effort, then you can get the job you want, you can achieve what you want?"

But his dream now depends on lawmakers granting legal status to immigrants brought to the United States illegally when they were children.

Like about 800,000 other people, Cabrera had been protected under the Deferred Action for Childhood Arrivals program, begun under the Obama administration. Catholic Charities of Southwest Ohio estimates there are about 3,000 DACA recipients in Greater Cincinnati.

President Donald Trump's administration announced Tuesday it would phase out the program, pushing the issue to Congress.

The announcement came the same day as a deadline set by a group of Republican state officials who said they would challenge DACA unless the Trump administration rescinded the program. Many believe the program would not hold up in court.

"At this point, instead of doing what I think is the inhumane thing -- declaring it over today -- the president is giving Congress the chance to fix it," said Hamilton County Republican Party chairman Alex Triantafilou.

Cabrera, along with other DACA recipients and their supporters, are pushing for that to happen.

The crowd is growing at the corner of 3rd St & Walnut with those rallying against the end of #DACA. @WCPO pic.twitter.com/mbOZWaDoLs

"Those in the DACA program are here through no fault of their own, and for many this is the only country they know," Portman said in a statement. "I agree that Congress should act rather than continue the Obama administration's unconstitutional executive action."

"We should not be targeting young people who are working, going to school, paying taxes and contributing to this country -- the country they grew up in and the only home they've ever known," Brown said.

Republican and Democratic leadership will decide what their bases could swallow to find a compromise. Trump's plan to take a harder line on young immigrants unless Congress intervenes threatens to emphasize deep divisions among Republicans who have long struggled with the issue, with one conservative warning of a potential "civil war" within the party. Congressional Republicans have a long history of being unable to act on immigration because of those divisions.

Sens. Dick Durbin and Lindsey Graham introduced a bipartisan bill in July that would grant legal status to many of those covered under the program.

Reps. Ileana Ros-Lehtinen and Lucille Roybal-Allard introduced a companion bill in the House, which would give people under DACA a pathway to citizenship.

Sen. Paul Ryan said he thinks immigration policy is “something that Congress needs to fix.”

“At the end of the day though, I'd say these kids don't know any other home,” Ryan said. “I think there's a humane way to fix this. I think President Trump agrees with fixing this, and it's got to be up to the legislature."