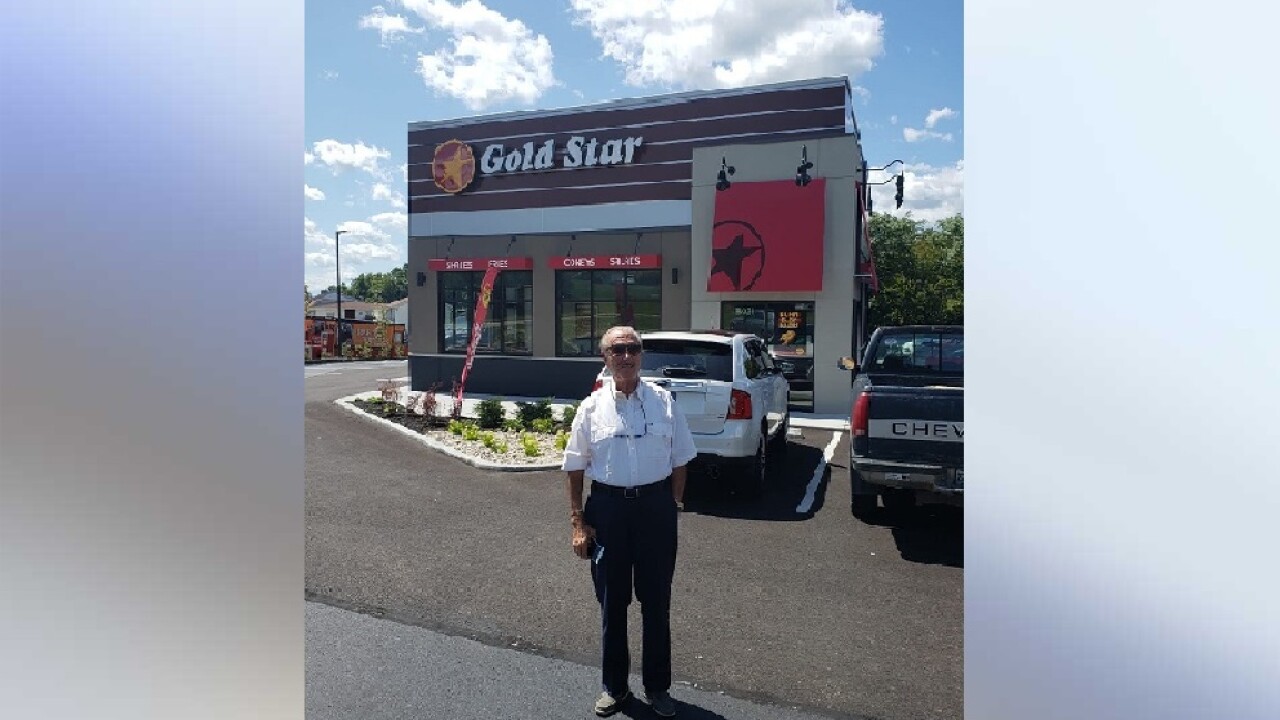 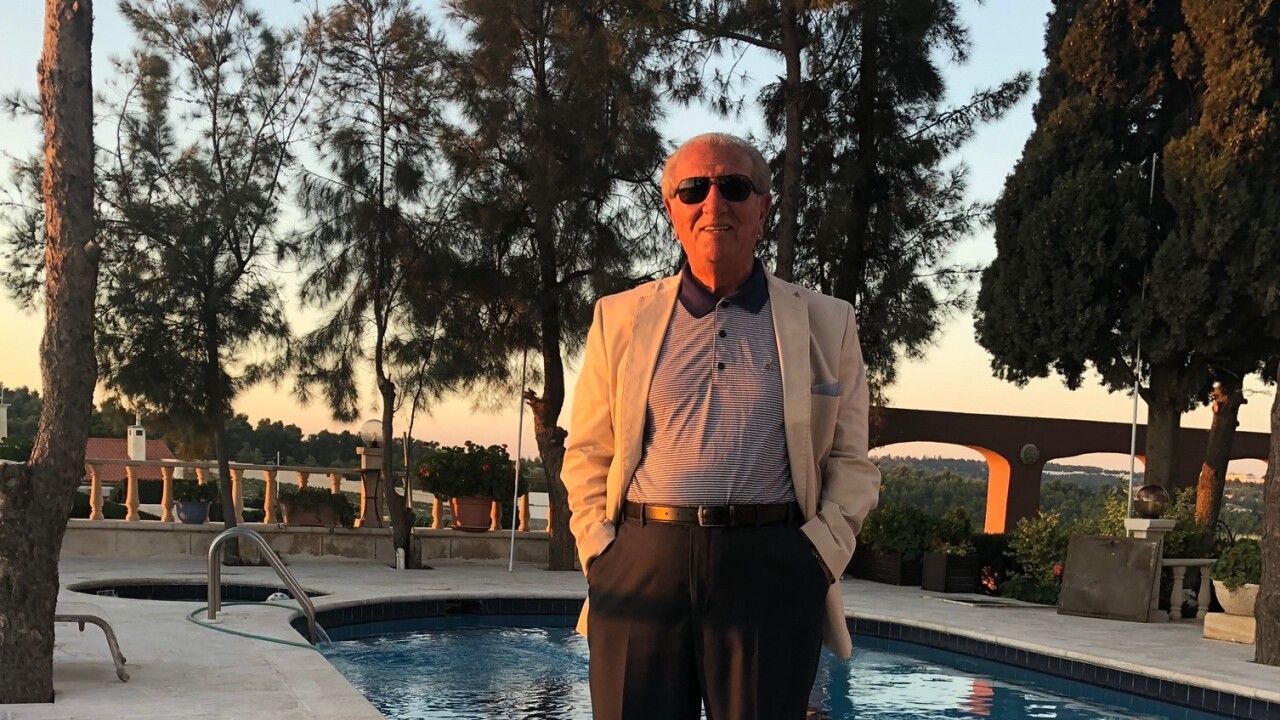 He followed his brothers to America in 1957 and saved up money doing odd jobs to go to school for business.

Along with three of his brothers, Daoud purchased the well-known "Hamburger Heaven" restaurant in Mt. Washington in 1963. Two years later, the brothers decided to switch from hamburgers and focus on chili, and thus, Gold Star Chili was born.

Daoud and his wife, Laila, raised four children, Sami, Samar, Muna and Samir, in Anderson Township. He also took his role as the grandfather to 11 grandchildren very seriously.

The Family released this obituary:

Frank was born to Shakir and Nora Daoud as the seventh of 10 children. The family lived in the rural, Christian village of Fuheis, Jordan. Frank’s father was a well-respected community leader and parliament member who was often sought after for his advice and, as such, he and Nora often hosted members of the community in their home despite their meager means. The “one pot” mentality – the notion that even if there wasn’t enough food to feed their own family, whatever they had to eat would be shared with whoever was in their home; hospitality as one’s duty and responsibility – was taught to Frank early on by his benevolent parents.

In 1951, when Frank’s uncle, Toufig – who had emigrated to the United States some years prior – came to the family and reported he had found opportunity in America, two of Frank’s brothers ventured to see for themselves. In 1957, Frank joined his brothers and planned to study business at an American university.

Upon arrival to America, Frank earned money through a variety of creative methods: selling orange juice, going door-to-door in neighborhoods selling old clothes as fabrics and selling newspaper subscriptions. He saved up enough to go to school and graduated with a business degree from Chase College in 1963.

Also in 1963, Frank and three of his brothers learned about an opportunity to buy “Hamburger Heaven,” a well-known family restaurant in Mt. Washington. The brothers pooled together their resources and savings to raise $1,200 for a down payment on the business, the real estate and the two-family home attached to it.

Frank, who had just graduated, returned to Jordan to work as a banker and left the business to his brothers’ care. While in Jordan, he met his future wife, Laila Samawi. He spoke often about the first time he saw Laila – the pink sweater she was wearing, her hair resting on her shoulders and her “angelic” beauty. “I knew she was ‘THE ONE’ from the first moment,” Frank was known to recount. He and Laila were married in June of 1966.

In 1965, the brothers decided to make a bold decision: to drop hamburgers and focus solely on chili, renaming the business Gold Star Chili. In 1969, Frank returned to the states to be with his brothers, becoming involved in the business yet again. Frank and his brothers oversaw a briskly expanding chili empire in the 1970s, focusing on quality while building restaurants across the region. When franchise hopefuls didn’t have capital or experience to open their own restaurant, Frank and his brothers helped finance and train them.

Frank retired from daily operations at Gold Star in 1989. His most notable contributions – outside of the small task of building Gold Star alongside his brothers – was spearheading the franchising model to accelerate Gold Star’s growth. Frank’s approach to retirement was far from the norm. He was never idle as the patriarch. He co-founded St. James Eastern Orthodox Church in Loveland, Ohio. He actively invested in real estate development and businesses that ranged from art and furniture galleries to cafés and hotels. He even became a master franchisee for Lee’s Famous Recipe Chicken in the Middle East and North Africa (MENA) region. He missed his chili so much when traveling to Jordan, he co-founded a Cincinnati chili chain in the Middle East called Chili House. “A machine” is how his kids describe him and his business dexterity. All in all, Frank had nearly a dozen organizations he founded or owned from the early 1980s through the present.

Of course, Frank’s real point of pride and legacy was his family. Frank and Laila raised their children, Sami, Samar, Muna and Samir, in Cincinnati’s Anderson Township, surrounded by the loving extended family of Frank’s siblings, cousins and church community. He and Laila welcomed each grandchild as if he or she was the first. Frank took the title of Grandpa or “Jido” to 11 grandchildren seriously – rarely missing a sporting event or school function. His family loved him as dearly as he did them.

Frank’s life was one of ambition, courage, determination and pure grit. It was also a life of loyalty, love, never-ending generosity and an earnest hospitality of the purest and most genuine form. Frank was the kind of man you wanted to impress; the kind of man you wanted to make proud. He was the kind of man whose battle scars provided wisdom of the soul-grabbing, heart-mending kind. Frank was the kind of man whose smile was simultaneously comforting and mischievous. He brought as much fun as he did business-savvy – as much humor as he did gravity. He was the kind of man that could challenge you in ways you never imagined, and love you more deeply than you’ve ever felt loved – all at the same time. Frank was an anchor to the past and a “live in the moment” proprietor. “Go for it, man!” was a phrase he was known to point at one’s self-doubt, and “never forget where you came from” an expression he’d press on an expanding ego. Frank was the kind of man who put his heart and soul into every inch of life – as a traveling man, a business man, a family man and community man. He’d show up to his grandson’s basketball game and cheer with the same tenacity and passion he brought to building a chili empire. The love and pride he felt for his wife, siblings, children, grandchildren, nieces and nephews was evident to all who looked on – and all who looked on yearned to be part of a family so remarkably strong. Occasionally, you’d catch Frank in a moment of reflection on his journey and hear him say, “what a life,” to himself and those within close range. What a life, indeed. Frank Daoud will be missed deeply, but he is not one who will be forgotten. A friend to many, a stranger to none; a family around him who have inherited so many of his extraordinary traits – his imprint and impact are far too great for time to ever steal his memory or legacy away. Rest in peace, dear Frank. To God you belong and to God you now return.

Given the current situation with the coronavirus and recommendations from public health authorities, Frank’s service will be kept to immediate family only. However, a celebration of his life for extended family and friends will be scheduled at a future date. In the meantime, all condolences, fond memories, tributes, stories, pictures and videos can be shared with the family at www.forevermissed.com/fahid-shakir-daoud.

In lieu of flowers, the family has requested donations be made in Frank’s honor to St. James Orthodox Church in Loveland, Ohio through their website: stjamesloveland.org/donate.