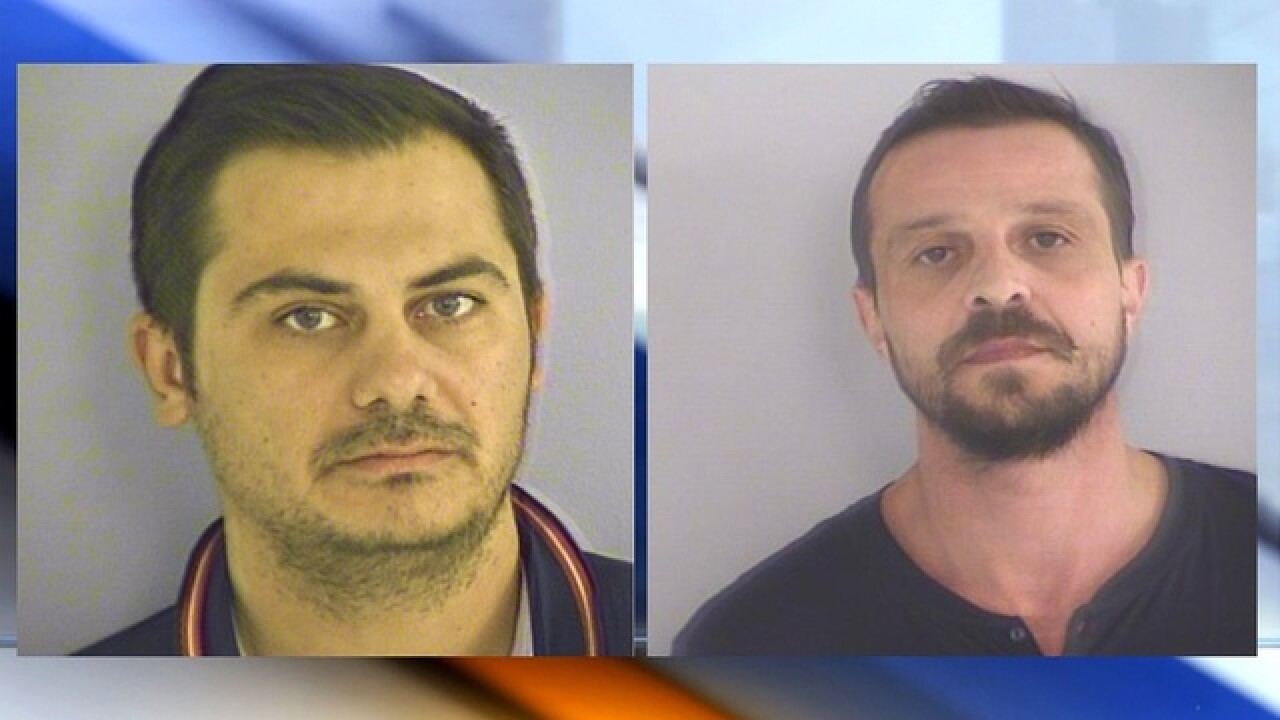 Copyright 2018 Scripps Media, Inc. All rights reserved. This material may not be published, broadcast, rewritten, or redistributed.
<p>Ciprian-Raducu Antoche-Grecu and Marian Florin Franga, are two of the four men who were indicted on Nov. 7, 2018 on one count each of bank fraud. </p>

Fifth Third first detected the fraud in May 2018, realizing that someone had stolen the user names, PINs and passwords of 125 customers. Many were from Cincinnati.

The bank contacted the FBI after losing $68,000 from 17 ATMs in Illinois, Michigan and Ohio in less than two weeks through cardless ATM, an application that allows customers to withdraw money from an ATM using only a cell phone.

So far FBI agents have arrested three men in the Cincinnati area over the past few weeks: John Edward Smalling, 54; Marian Florian Franga, 43; and Ciprian-Raducu Antoche-Grecu, 35.

Agents also arrested Janos Madarasz, 29, in Fairlawn, Ohio, on Oct. 18. He is in a jail in northern Ohio, according to court records.

FBI agents may be looking for other "yet unknown co-conspirators," records show.

The indictment handed down on Wednesday charges each of the four men with one count of bank fraud. Court documents reveal how the investigation began.

On Oct. 3, the bank began receiving complaints from customers about phishing text messages stating that their accounts were locked. When customers clicked on a link to unlock their accounts, it led them to a phony website that required them to enter private information.

The bank detected fraudulent activity at an ATM on Calhoun Street in Clifton Heights on Oct. 9, where a man wearing a fishing hat made 19 withdrawals totaling more than $9,000.

On Oct. 10, the bank detected fraudulent activity at an ATM on Sixth Street in downtown Cincinnati involving what appeared to be the same man.

Soon after Cincinnati police arrested Franga at a restaurant two blocks from the Fountain Square ATM and found more than $14,000 in cash in his backpack, according to court records.

Also on Oct. 10, the bank alerted West Chester police of fraudulent transactions being made at an ATM in Hamilton. Officers then arrested Smalling.

Franga is being held at the Butler County Jail, and Smalling was released from jail with an electronic monitoring device.

On Oct. 17, the bank identified fraudulent activity at an ATM in Fairlawn. Soon after, police arrested Madarasz. He had a false Hungarian passport under the name Istvan Lukacs, according to court records.

Then, on Oct. 19, the bank detected fraudulent activity at an ATM in Blue Ash. Police then arrested Antoche-Grecu, who had more than $3,000 in cash and an ATM receipt. He is being held in the Butler County Jail along with Franga.

Arraignments for Antoche-Grecu, Smalling and Franga are set for Nov. 16.