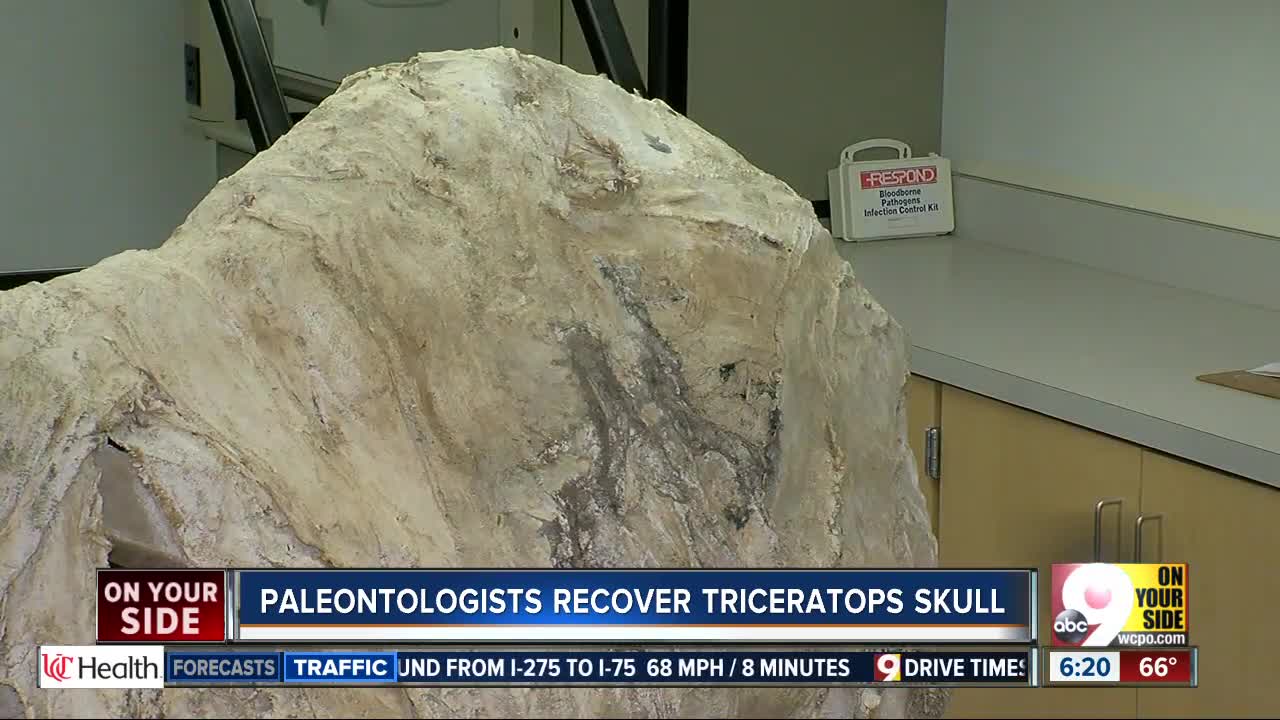 Scientists started work Thursday morning on removing a fossil from rock and its "field jacket" at the Cincinnati Museum Center.

CINCINNATI — Scientists started work Thursday morning to remove a fossil from rock and its "field jacket" at the Cincinnati Museum Center.

Paleontologists and other volunteers are working to extract the skull of a triceratops, which was found during a dig in Montana back in 2015.

"It's almost complete," Glenn Storrs, the associate vice president for science and research at the CMC, said. "Interestingly, one of the horns is complete, one of the brow horns. The second one was broken before it was buried. It'll be interesting to know how that happened. Maybe in combat with tyrannosaurus or something like that."

This is an almost complete triceratops skull that was excavated in Montana back in 2015. It’s cast in a plaster/burlap/toilet paper cast that will be cut off today. @WCPO pic.twitter.com/z1qNe5BcGY

After it was found, the stone containing the fossil was wrapped in plaster and toilet paper, forming the field jacket, so it could be stored and transported safely.

Visitors to the museum center can watch the extraction process from the paleontology lab's large viewing window near CMC's Dinosaur Hall.