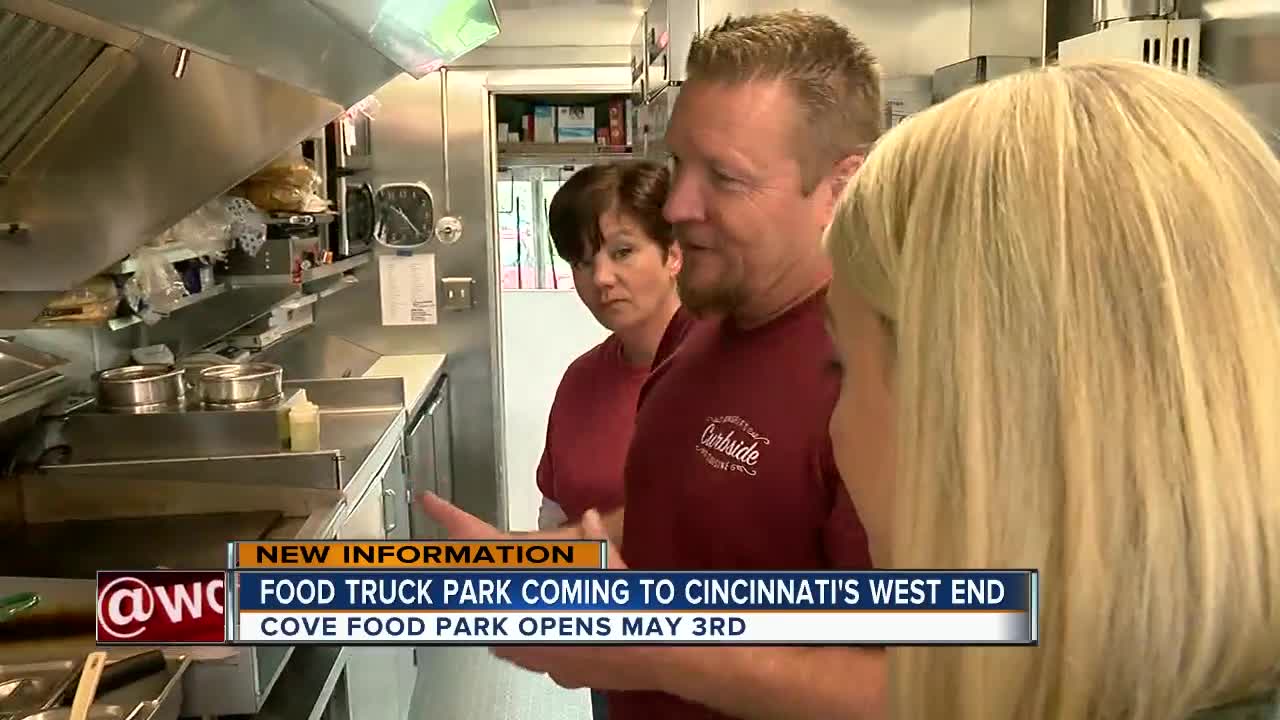 When Cove Food Park opens on May 3, it will feature dozens of food trucks that will serve lunch and dinner five days a week. Vendors will be serving up sweet and savory from Wednesday through Sunday at 4601 Kellogg Avenue.

Sittenfeld said its proximity to a busy corridor on Kellogg, as well as Riverbend and the marina, makes the food truck park a “if you build it, they will come destination.”

“Folks are going to have no problem driving here, having a good place to park and then eating at a food truck of their choice,” Sittenfeld said.

He said the park integrates well with Cincinnati’s food scene because it doesn’t pull patrons from existing staples.

Cove Food Park will have at least four vendors stationed for lunch from 11 a.m. to 3 p.m. and at least eight for dinner from 4 to 9 p.m. Foodies can see which food trucks are at the park on the Street Food Finder app.

Tony Lange, president of the Queen City Mobile Food Truck Association, said the initiative has been about a year in the making. He said the association originally wanted the food truck park to be in West Chester, but the space was not adequate.

The Queen City Mobile Food Truck Association is leasing the space for Cove Food Park from Rivertowne Marina, and the association will maintain the park.

“All you foodies out there, we invite you to come down,” Lange said.

Scott Applegate, co-owner of Angela’s Curbside Cuisine, said he loves the concept of the park.

Applegate and his wife, Angela, serve up over 50 menu items from their truck: Carnitas, egg rolls, saratoga chips and more.

Cove Food Park is open to any food truck legally operating in Greater Cincinnati. Vendors can register their truck via the Street Food Finder app.

The park’s hours will depend on what’s going on at Riverbend Music Center. Lange said the park could stay open as late as midnight to cater to concertgoers.

Patrons can enjoy live music Thursday through Saturday, and a farmer’s market will pick up next month.

Lange said if all goes well, future plans for the space include a dog park and a kid’s play area.