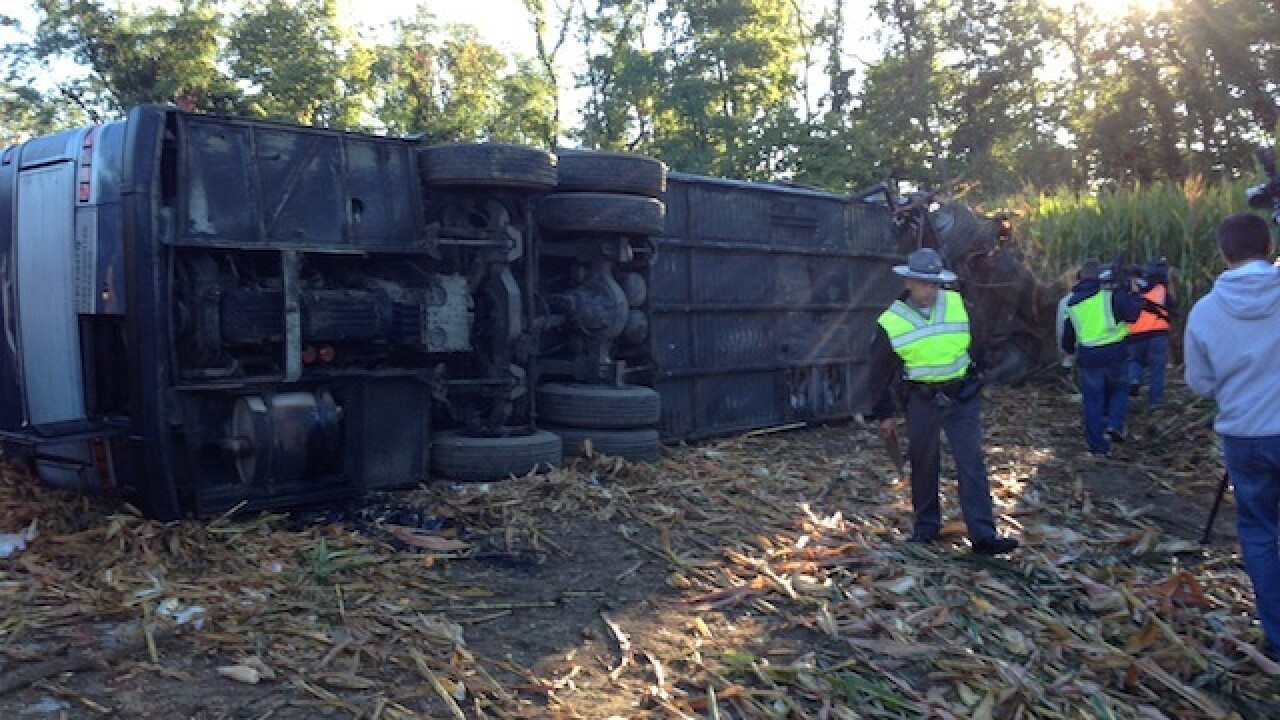 Copyright 2013 Scripps Media, Inc. All rights reserved. This material may not be published, broadcast, rewritten, or redistributed.
<p>Greyhound inspected.</p>

CINCINNATI  -  Five passengers hurt when a Greyhound bus veered off Interstate 75 and rolled over after leaving Cincinnati in 2013 have won a $6 million settlement, according to their attorneys.

The Detroit-bound bus left the downtown depot just after 3 a.m. on Saturday, Sept. 14, and got to Liberty Township before it rolled over several times into a cornfield near mile marker 26, just north of State Route 129.  Thirty-seven of the 51 passengers were injured. Fifteen were taken to area hospitals.

Passengers said the driver, Dwayne Garrett, 64, of Cincinnati, was slumped over at the wheel just before the wreck and didn't respond to their shouts of "Wake up! Wake up!"

According to the Ohio State Highway Patrol's crash report, Garrett told investigators he was drinking coffee, began coughing violently and passed out. He was cited for operating a vehicle without reasonable control, a misdemeanor.

"The driver stated he doesn't remember anything for approximately one mile before the bus ran off the road.  When he regained consciousness, the bus was on its side," the report said.

The plaintiffs' attorneys said they obtained a court order in 2015 requiring Garrett to undergo an overnight sleep study. The study confirmed that the driver had moderate to severe sleep apnea, the lawsuit alleged.

The five passengers covered in the settlement are residents of Florida, Michigan and Tennessee. They suffered  neck and back injuries as well as compound fractures,  the attorneys said.