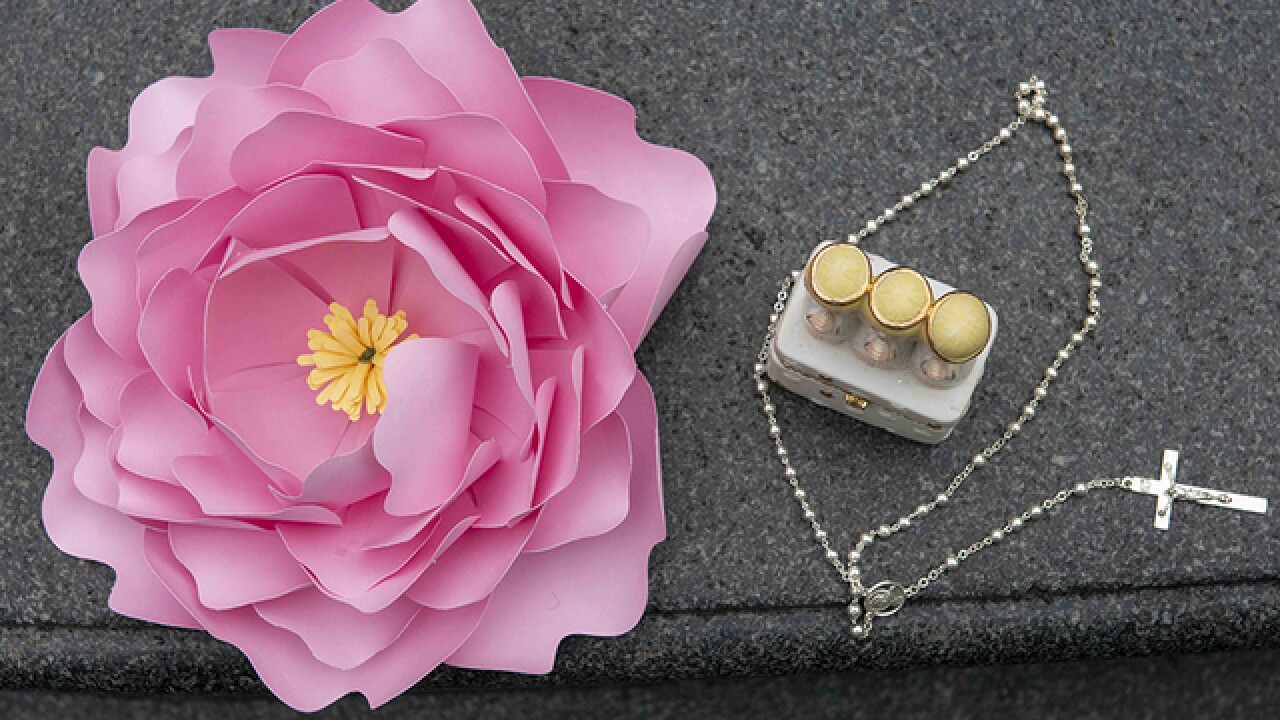 Copyright 2018 Scripps Media, Inc. All rights reserved. This material may not be published, broadcast, rewritten, or redistributed.
Joe Simon
A vigil was held on Friday for the victims in Thursday's shooting at Fifth Third Center. A paper flower, 3 angels and a rosary.

CINCINNATI -- The Fifth Third Foundation, in partnership with the National Compassion Fund and National Center for Victims of Crime, announced Friday afternoon it had donated $1 million to victims of the Sept. 6 morning shooting at Fifth Third Center in Fountain Square.

The organization hopes to raise another million in public donations to the newly created Cincinnati Strong Victims Fund .

"Money raised through this effort will benefit people harmed in the shooting," a company spokesperson wrote in a news release. "This includes families of person who were shot as well as those who experienced physical injuries or psychological trauma as a result of the incident."

The shooting, which took place in the heart of Cincinnati and yards away from one of its most iconic landmarks, claimed three victims' lives and left two more injured. The gunman, 24-year-old Omar Santa-Perez, was killed while exchanging fire with responding police officers.

"What I've found, in every interaction over the last week is that people sincerely want to help," Fifth Third Bancorp CEO Greg Carmichael said in a news release. "They want to connect and comfort; they want to lift us, just as we continue to lift one another."

Anyone wishing to donate to the Cincinnati Strong Victims Fund and push it toward its million-dollar goal can do so at this GoFundMe campaign or at any Fifth Third Bank location.