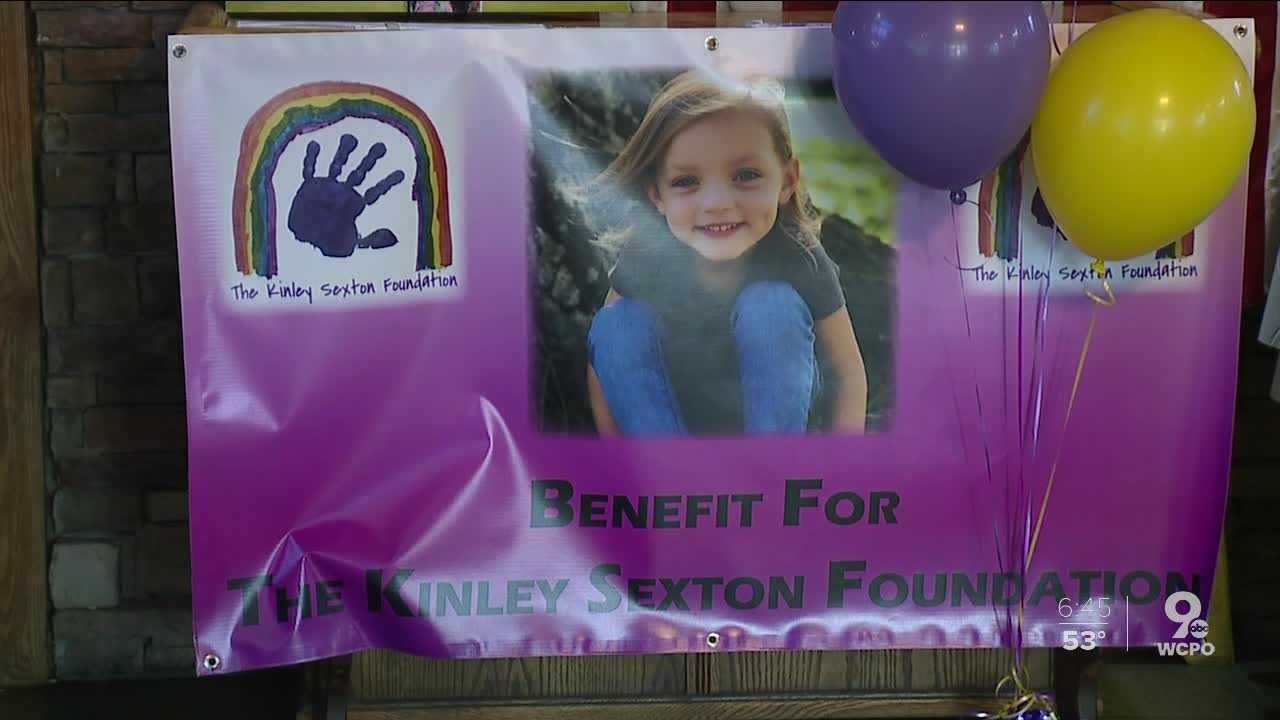 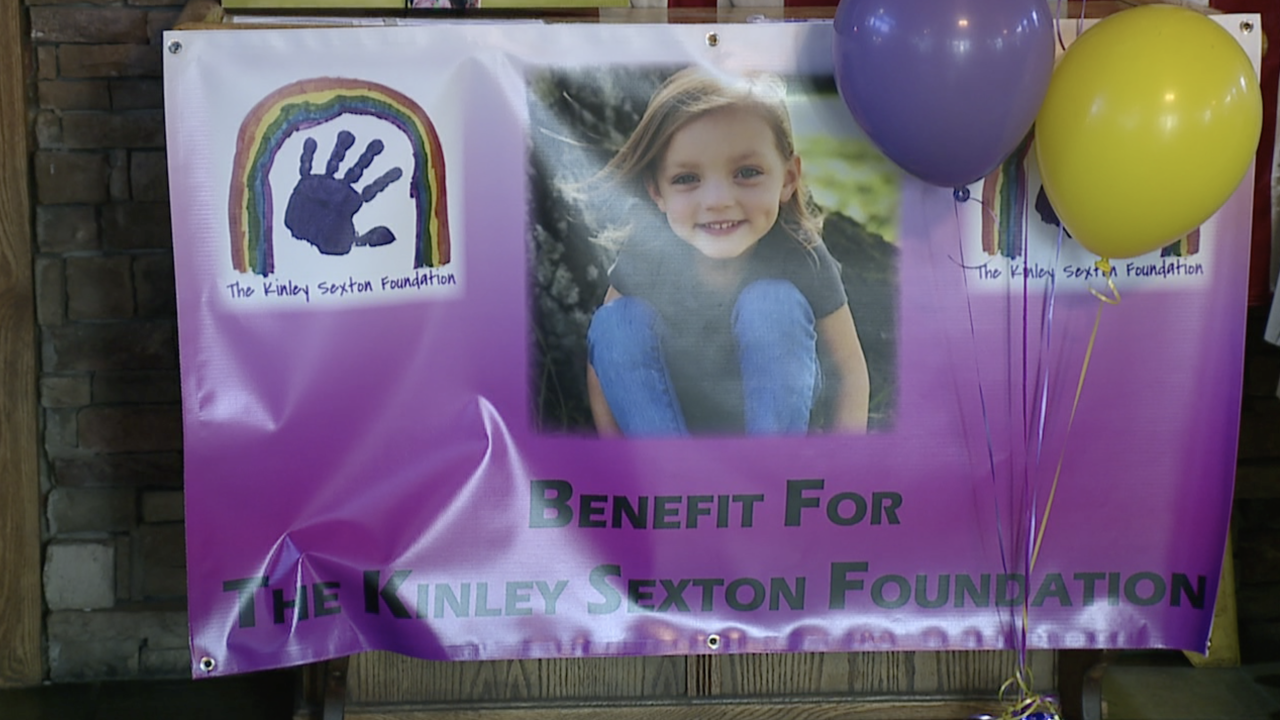 CINCINNATI — Six-year-old Kinley Sexton lost her battle with DIPG, a rare and incurable form of brain cancer, last May, but her family continues to fight for a cure in her name.

"She never gave up and she continued to live life to the fullest," said Ashley Sexton, Kinley's mother. "That's what we try to do."

The family held a fundraiser at Jimmy B's Bar and Grill on Sunday to debut the Kinley Sexton Foundation, designed to help find a cure for DIPG and a testament to the family's determination to continue their daughter's fight.

"Kinley battled for 15 and a half months and she never complained, she went to school every day, she lived life like nothing was wrong with her," said Ashley.

Kinley was diagnosed with DIPG in April 2018. The foundation started by her parents is raising money for brain cancer research, and honoring Kinley by supporting local animal shelters as well.

"There's a zero percent success rate and, with a list of others including ourselves, we've got to all come together to change that," said Bryan Sexton, Kinley's father.

The foundation plans to have other events moving forward, including a golf outing in the summer, to continue raising awareness and funds to find a cure.