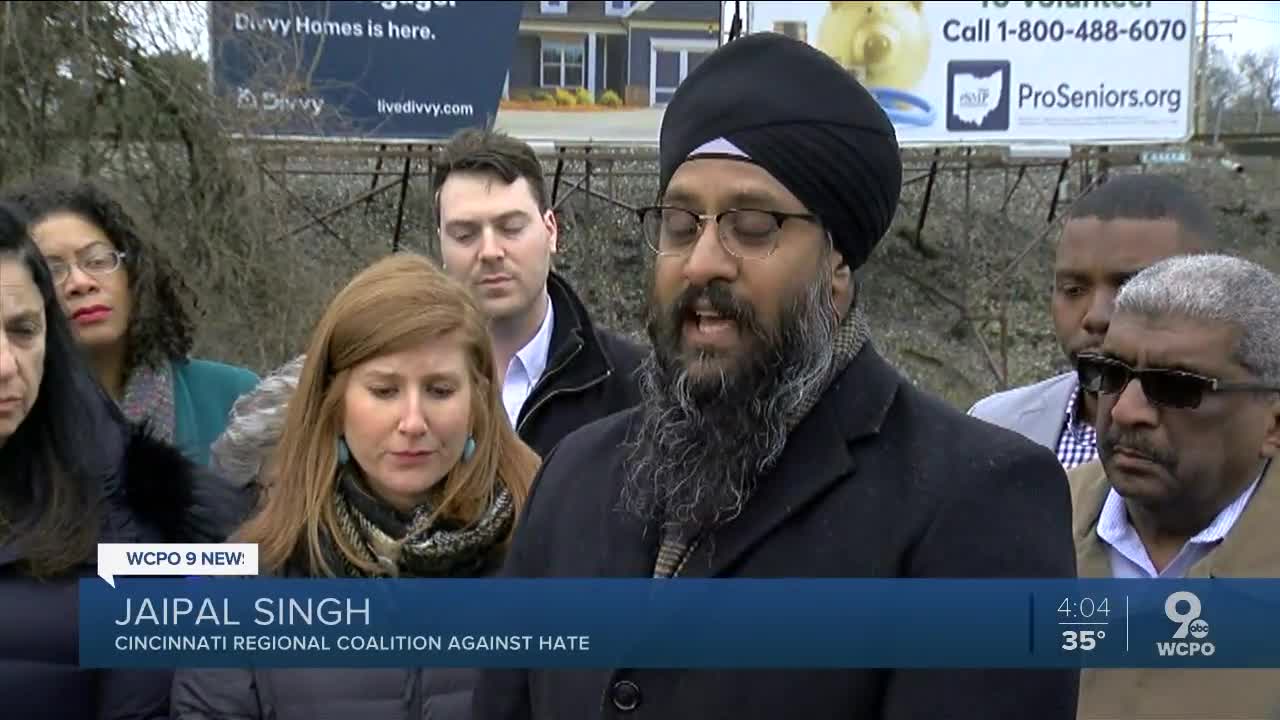 The Jewish Federation of Cincinnati and city leaders denounced the antisemitic graffiti found on a railroad trestle Friday. 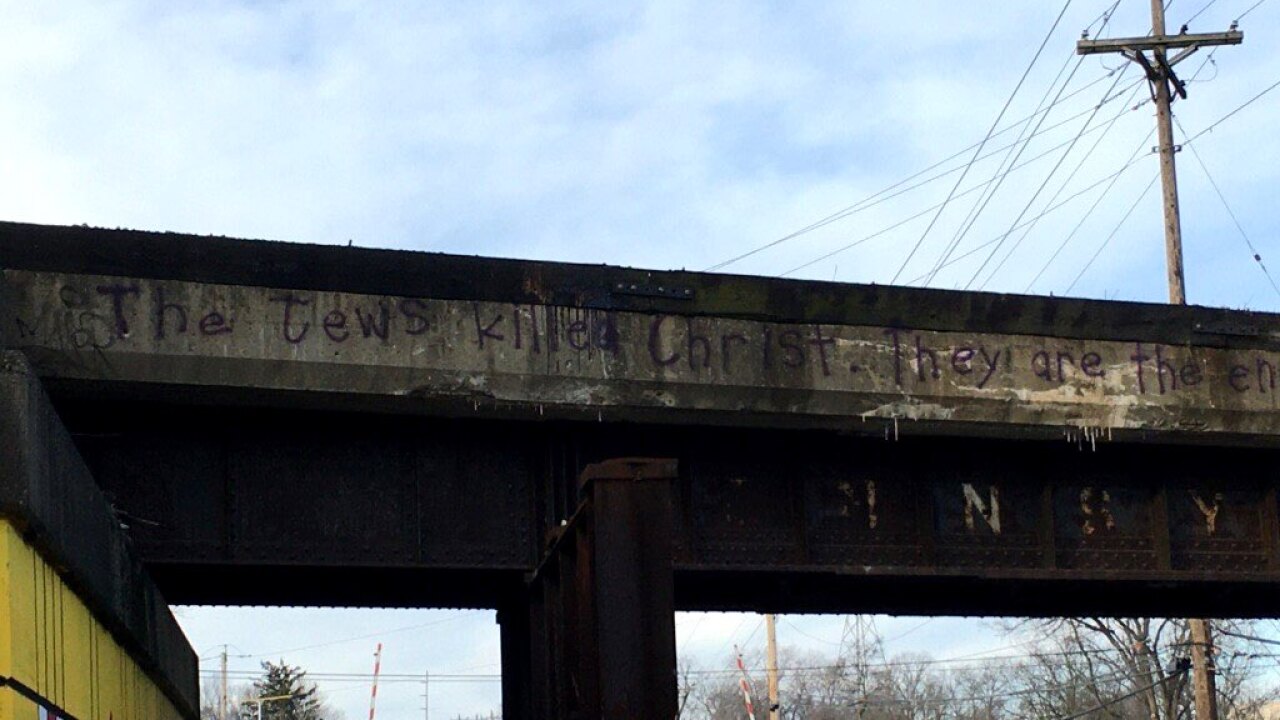 Jackie Congedo didn’t want to spend her Friday afternoon standing out in the cold by a Madisonville overpass, she said. But she needed to talk about what had been sprayed across it in foot-wide purple letters earlier that week: “The Jews killed Christ. They are the enemies of the whole human race. - Paul.”

Congedo, the director of Cincinnati’s Jewish Community Relations Council, addressed the press with her back to the overpass and a group of interfaith community leaders standing behind her.

“The fact is, someone right here in our city, likely under the cover of darkness, took a lot of time to deliberately write out in large letters and on a bridge across one of our city’s main roadways one of the oldest, most insidious antisemitic tropes that exist,” she said. “The kind of trope that has been used to persecute Jewish people for centuries.

“The kind of trope that is not just a threat to Jews, but — like any expression of antisemitism — is a threat to the diverse fabric of our Cincinnati community.”

The Jewish Community Relations Council learned about the graffiti on Wednesday evening, according to a news release, and immediately alerted law enforcement.

By Friday afternoon, when Congedo held her news conference, city workers had whited it out. Local leaders, including politicians and members of other regional religious groups, voiced their support for Cincinnati’s Jewish community in the face of hatred.

“This despicable graffiti is unfortunately part of a disturbing trend worldwide, but we will not tolerate these acts in our community,” Mayor John Cranley wrote in a statement. “Cincinnati stands by our Jewish neighbors and will continue to fight against hate of all kinds.”

The city had not announced any arrests or identified a suspect in connection to the vandalism by Friday night.